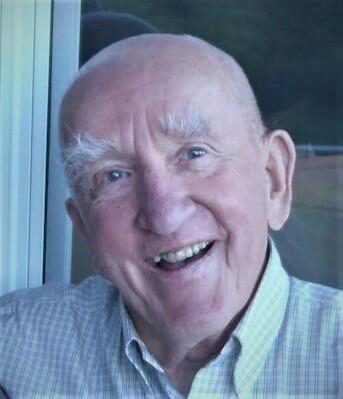 WILDER — Brooks Holcombe Barron, 89, of Wilder, passed away peacefully Oct. 31, 2020, at the Jack Byrne Center in Lebanon, N.H.
Brooks was born Aug, 3 1931, in Cambridge, Mass., to Louise Brooks (Holcombe) Barron and Arthur Henry Barron. He was raised in Darien, CT, and spent those formative years in a multitude of pursuits, among them trips into New York City to hear music. He was a fine athlete and paddled the length of the Allagash River in 1947.
Brooks joined the Marine Corps and spent his tour teaching Judo and Jujitsu to members of the French Foreign Legion in various countries around the shores of the Mediterranean Sea. Upon discharge he managed a bar/restaurant on the island of St. Thomas, where he perfected the art of mixing a fine cocktail and honing his flirtatious charm. His return to the mainland saw him sharpening his already febrile wit and beginning his first career as an arborist and landscape architect in the Boston area.
He married Joyce Alice Rolfe in Natick, Mass., Sept. 29, 1956, and they resided in Needham, Mass., and began a family. In 1967 they fled to Northern Vermont where he started his second career in real estate and established a company where he sold properties all over the state of Vermont, an occupation he continued for over 50 years.
He was widowed in 2003 and remarried Susan Werner Bennett in New Haven Mills, Vt., in 2005 and they resided in Rochester, Vt., before moving to the Upper Valley.
He was known widely for his exceptional sense of humor and ingenious word play. He enjoyed gardening, working in the woods, fine literature and artfully constructed conversation. Putting the best face on any situation showed him generally leaving an individual or group overcome with merriment.
His death was preceded by that of wife Susan this year. He is survived by his children: Brooks Rolfe Barron of New Portland, Maine; Hugh Damon Barron and his wife Sarah and their children Sophia Rolph Barron and Louisa Holcombe Barron of Ross, Calif.; and William Currie Barron and his daughter Emily Holcombe Barron of Salt Lake City, Utah.
Donations in his name can be made to The National Park Service at give.nationalparks.org/goto/BrooksHBarron.
A celebration is planned for early next summer.◊