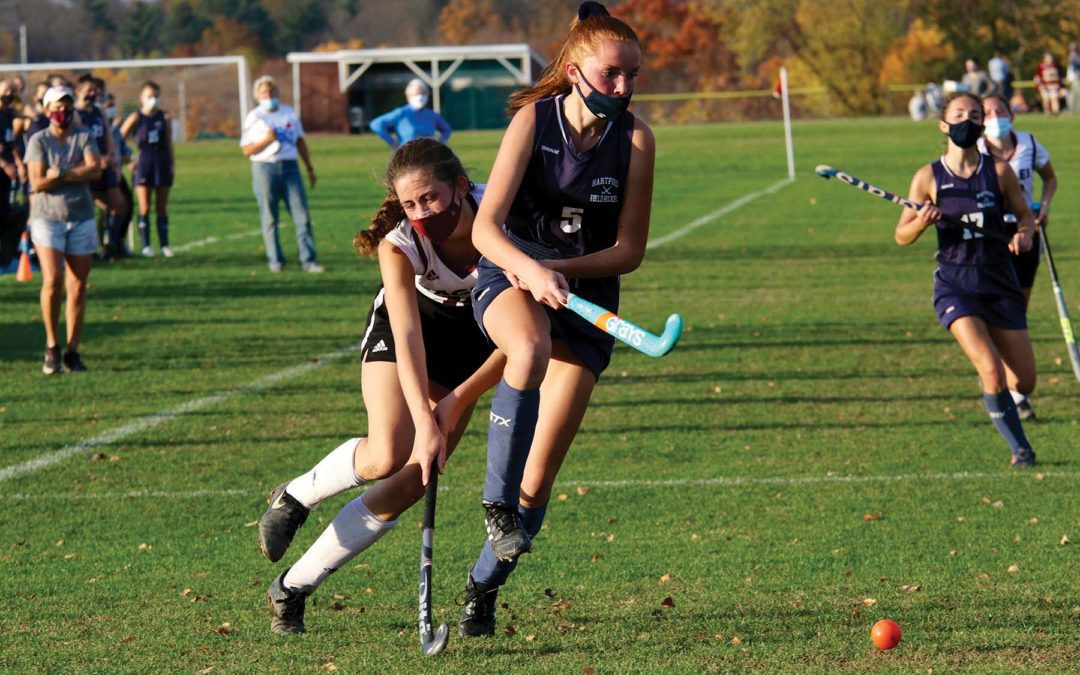 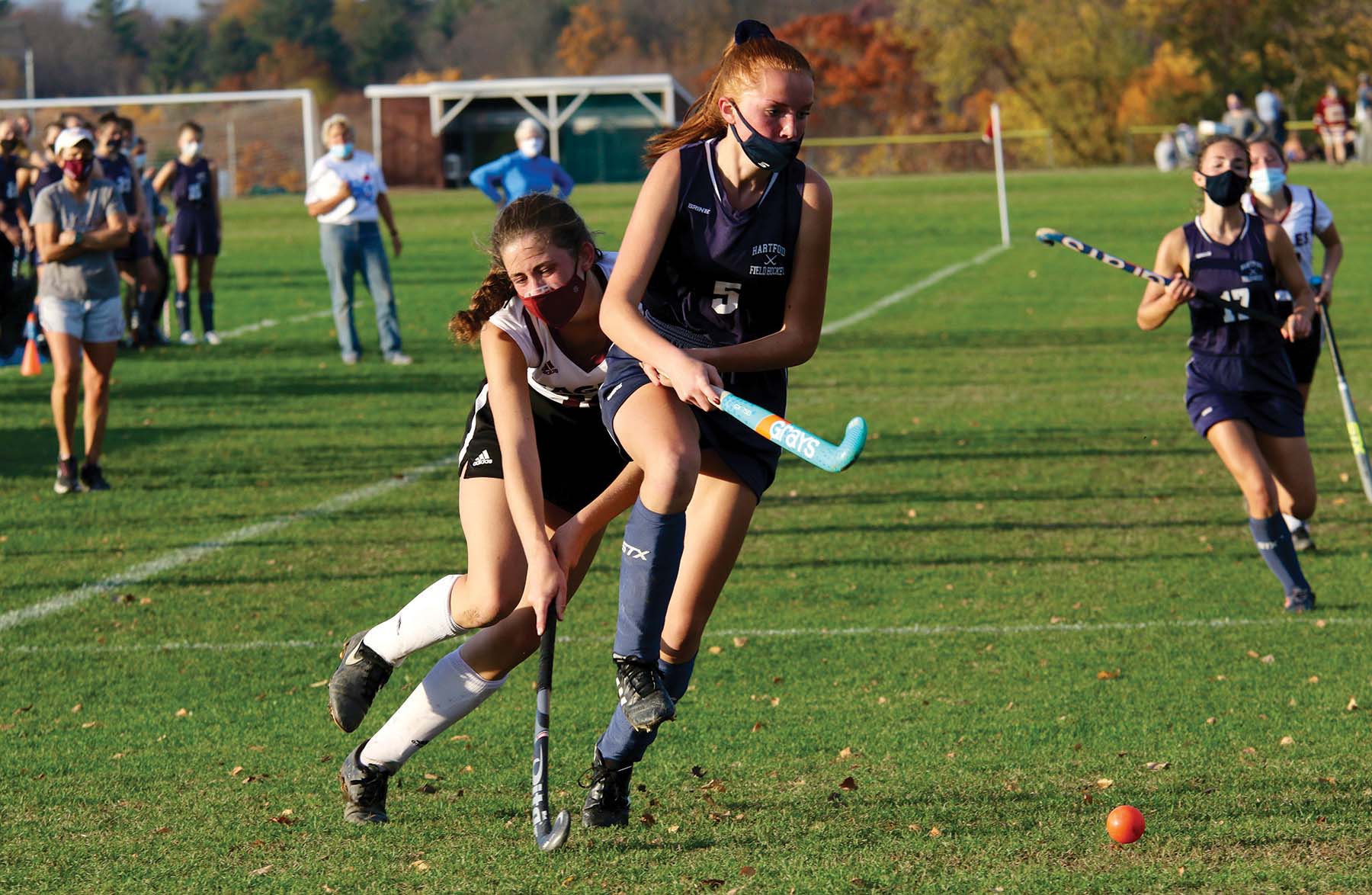 MOUNT ABE’S AVA Konczal harries Hartford defender Grace Gardner in the second half of the Eagles’ 2-1 home win on Friday.

ADDISON COUNTY — As the Division II postseason got under way top-seeded Mount Abraham won its opener and No. 7 Otter Valley worked hard to oust No. 10 Middlebury before running into No. 2 Burr & Burton in a quarterfinal matchup.
Mount Abe also hosted No. 4 Woodstock on Tuesday; see story on Page 1B.

EAGLES ADVANCE
On this past Friday No. 1 Mount Abe survived a challenge from No. 8 Hartford to win, 2-1. The Hurricanes took the lead two minutes in on an Alice Piper goal. Maddie Gile equalized for the Eagles as they gradually asserted themselves, and Molly Laurent’s unassisted goal 2:20 into the fourth quarter was the game-winner.
Maddie Donaldson made three saves for Mount Abe (5-1).

OV OVER MUHS
On Oct. 22 host OV needed two overtimes to oust Middlebury, 1-0. OV’s Ryleigh LaPorte hit a ball out of mid-air that deflected past Tiger goalie Cassie Bettis midway through the second OT for the game-winner.
The Tigers had earned three first-period corners and put two of their four shots on OV goalie Lily Morgan in that quarter. They also earned four corners in the third period, but the OV defense stopped them.
Shots overall were few until overtime, when the Otters forced Bettis to make seven of her 11 saves in the first extra session.
The Tigers finished the season 0-8. The game marked the final MUHS field hockey game for seniors Lois Alberts, Lydia Deppman, Bridget Graham, Kaitlyn McNamara, Sarah Nicolai and Clara Wolff.

OTTERS OUSTED
On Monday No. 2 Burr & Burton Academy eliminated OV, 4-0. The young Otters stemmed the 8-1 Bulldogs until the second half, when BBA posted two goals in each of the third and fourth quarters. OV finished with a record of 4-4-2 and will graduate just one senior, defender Jadynn Pope.
BBA was set to play No. 3 U-32 on Wednesday for a berth in the final.