Learn about a sustainable economy’s effects on the Vermont environment 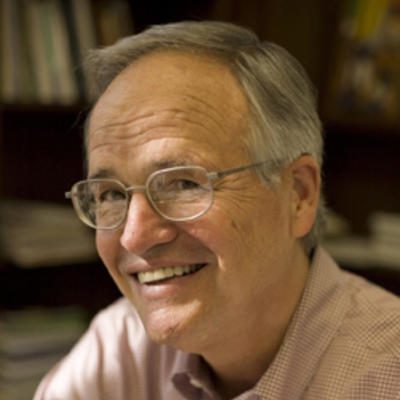 Learn about a sustainable economy’s effects on the Vermont environment

SALISBURY — The Salisbury Conservation Commission in the coming weeks will present two outstanding public presentations on economic sustainability. Delivering the presentations via Zoom will be Tom Wessels and Gus Speth.
At a time when many of our Vermont politicians and candidates seem to believe that we need to bring in more people, create more development, and increase consumption; environmental economists, ecologists, and wildlife biologists tell us that those actions are not sustainable and they are inconsistent with maintaining the healthy ecosystems that all living things (including us) require. Town Wessels and Gus Speth will help explain the issues and the solutions.
Many may be familiar with Wessels’ book “Reading the Forested Landscape” and some may have heard Speth speak at Middlebury College, read his books, or read about him when he worked at the UN or for President Carter. Pre-registration is required for both presentations.
Wessels will the presentation “Self-organization: The Key to a Sustainable Economy” on Wednesday, Oct. 28, at 7 p.m. Wessels is a terrestrial ecologist and Professor Emeritus at Antioch University, where he founded the Masters Degree program in Conservation Biology. He is author of numerous books including “The Myth of Progress: Toward a Sustainable Future.” Wessels has conducted programs and workshops on ecology and sustainability throughout the United States for over three decades.
He says, “At some point in time, our current economic system will fail us since it runs absolutely counter to basic scientific laws such as the Law of Limits to Growth, the Second Law of Thermodynamics and its relationship to entropy, and the Principle of Self-organization. I will focus on the principle of self-organization and how it works in the natural world to create incredibly diverse ecosystems that are energy efficient and resilient due to the robust network of mutually beneficial interrelationships that form between species. I will then apply this principle to our current economic system to show how it works in just the opposite fashion, and as such is terribly energy wasteful. As a result, it is the major contributor to global environmental degradation.
To pre-register for Wessels’ presentation visit: forms.gle/btM9dNDhmDU7NkXD7
Speth’s presentation, “Is our Current Economic System the Solution or the Threat to a Healthy Planet?” on Wednesday, Nov. 18, at 7 p.m.
In 2009 Speth completed his decade-long tenure as the Dean of the Yale School of Forestry and Environmental Studies. From 1993 to 1999, Speth was Administrator of the United Nations Development Programme and chair of the UN Development Group. Prior to his service at the UN, he was founder and president of the World Resources Institute; professor of law at Georgetown University; chairman of the U.S. Council on Environmental Quality (Carter Administration); and senior attorney and cofounder, Natural Resources Defense Council. He is the author, co-author or editor of eleven books including the American Crisis series published by Yale University Press: “Red Sky at Morning: America and the Crisis of the Global Environment” (2004), “The Bridge at the Edge of the World: Capitalism, the Environment, and Crossing from Crisis to Sustainability” (2008), and “America the Possible: Manifesto for a New Economy” (2012). In 2014 he published a memoir, “Angels by the River” (Chelsea Green Publishing, 2014), and in 2019 and 2020 he published two books of poetry. He graduated summa cum laude from Yale University in 1964 with a B.A. in Political Science, and subsequently earned an M.Litt. in Economics from Oxford University in 1966 as a Rhodes Scholar and his J.D. from the Yale Law School in 1969.
Speth says, “Our current economic system is founded on individualism, anthropocentrism, and materialism. Can a system that prizes growth, profit, private enterprise, economic freedom, and commercialization be expected to adequately respond to climate challenges and other environmental issues? If not, where do we go from here?
To pre-register for Speth’s presentation visit: forms.gle/aeL9bLVw3HJAUZTk6