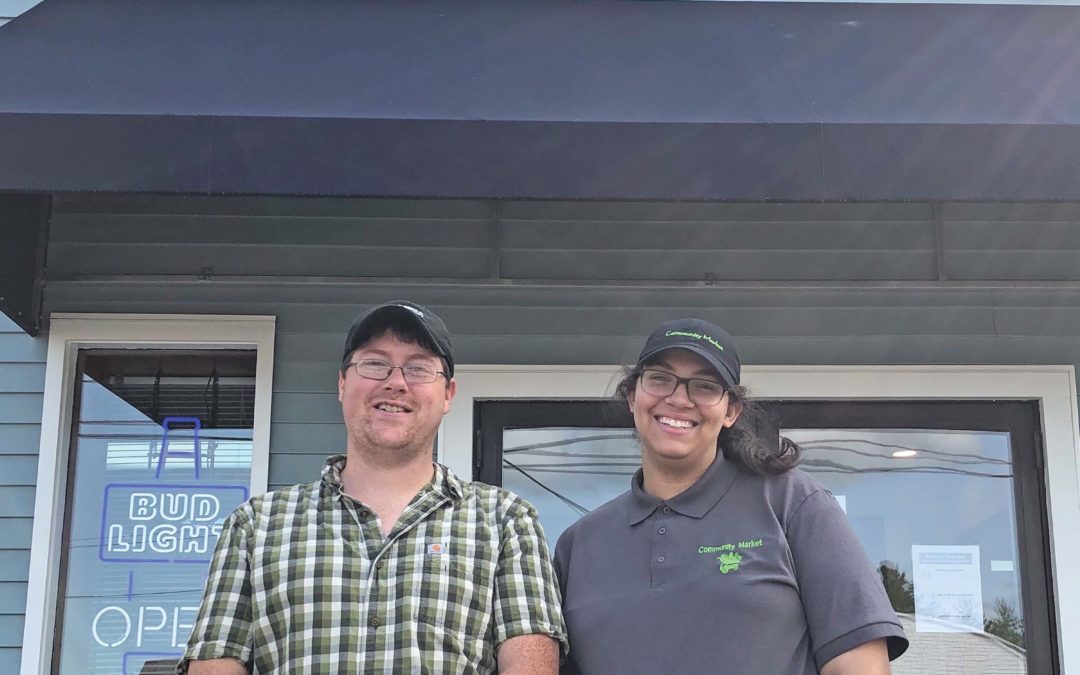 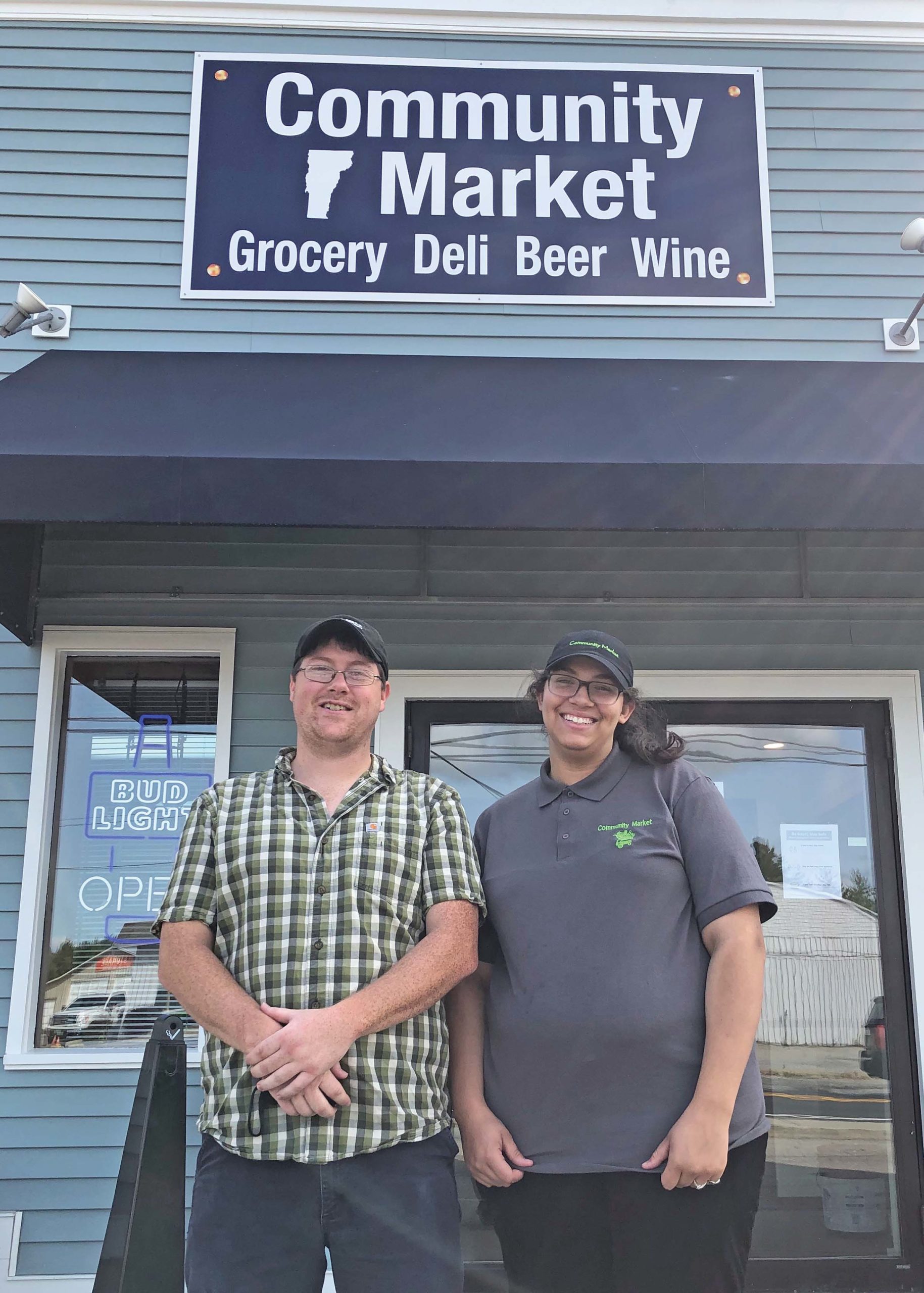 BILLY LARROW AND Natalie Salley on Sept. 9 opened Community Market, a deli, beverage store and grocery at 15 Main St., Vergennes, that also offers pizza and hot food. The Ferrisburgh residents are confident they can carve a niche in the city even starting a new business during a pandemic.
By Andy Kirkaldy

The biggest things (in a Vergennes Partnership survey) were people needed another place to eat in town, and they wanted pizza. So I knew pizza would be a good hit, and having a deli open later.
— Billy Larrow

VERGENNES — Ferrisburgh residents Natalie Salley and Billy Larrow said some of their friends and even some of their vendors were surprised to learn they were starting a new business during the COVID-19 pandemic.
But the couple say they are confident in the Community Market, which they opened at 15 North Main St. in Vergennes on Sept. 9.
Community Market offers pizza, sandwiches, deli meats, some hot takeout foods (a recent menu included corn chowder and beef stew), beverages, and enough competitively priced groceries that Salley said customers can save a stop at a larger market.
“People really like the prices,” she said. “They like they can stop here and get a few things and get some lunch.”
The pizza has already been a major selling point. Pizza is available elsewhere in Vergennes, but Larrow and Salley said Community Market emphasizes takeout and sells 16-inch pies, again at what they called competitive prices.
Their first weekend offered evidence there might be a niche to fill, Larrow said, as they had to order more dough after selling out on Friday.
“Friday and Saturday night were pretty crazy. We were not ready for it,” Larrow said. “It was maybe 50 pizzas Friday night.”
They also hope to fill demand by opening longer hours than other available options. They said they will be the only deli in Vergennes to offer both dinner hours and seven-day service — 5 a.m. to 8 p.m. Mondays through Saturdays, 7 a.m. to 6 p.m. Sundays.
Larrow and Salley also pointed to a Vergennes Partnership survey of city-area residents that showed demand for a business like Community Market.
“The biggest things were people needed another place to eat in town, and they wanted pizza,” Larrow said. “So I knew pizza would be a good hit, and having a deli open later.”
Larrow, who spent 13 years at a Shaw’s Supermarket, many of them as a meat manager, called opening Community Market a long-held goal.
“I’ve always wanted to own a store,” he said.
Larrow also went to school with property owner Jacob Trombley, who manages Vergennes Redemption at the same site. After some accounting they were able to strike a deal for a space that had been largely empty for several years.
“We figured out some numbers, and figured out we could make it work,” Larrow said.
Salley also brings relevant experience, three years working for the now defunct Luigi’s Restaurant in Vergennes and three more as a customer representative for DR Power.
“I have experience making pizzas and doing work in the kitchen,” Salley said. “I learned the ropes pretty well, and customer service, also.”
Another family member, Larrow’s sister Penny Larrow, is also on board, and brings along about 15 years of experience as a customer service manager at Shaw’s.
As of Sept. 14, Community Market had not established a full menu, in part because a balky fryolator was not cooperating. But fried food will soon be offered, and more options are on the way, probably when the weather cools a little more.
“We’re looking at doing comfort meals, shepherd’s pie, mac ’n cheese, lasagna,” Salley said. “Once we start doing those kinds of meals, I think we’ll really start taking off.”
Salley said they already offer a variety of Vermont beers, and Larrow hopes to put his background to better use.
“If everything goes well … we’re hoping to put in some fresh meat,” Larrow said.
They had hoped to open a little sooner, but between the number of hoops to jump through — licensing, interior renovation, the impact of COVID-19 on the process, and arranging delivery of equipment and inventory — Larrow and Salley are happy to be in business now.
“Things come up, and the state was a little bit slower with the COVID,” Larrow said. “It was a lot of work. And then there’s not really a handbook to tell you everything you need to do before you open.”
Of course, as area natives with plenty of local friends and family, Salley and Larrow have some advantages.
“We know a lot of people in town because we grew up here,” Larrow said. “That helps a lot.”