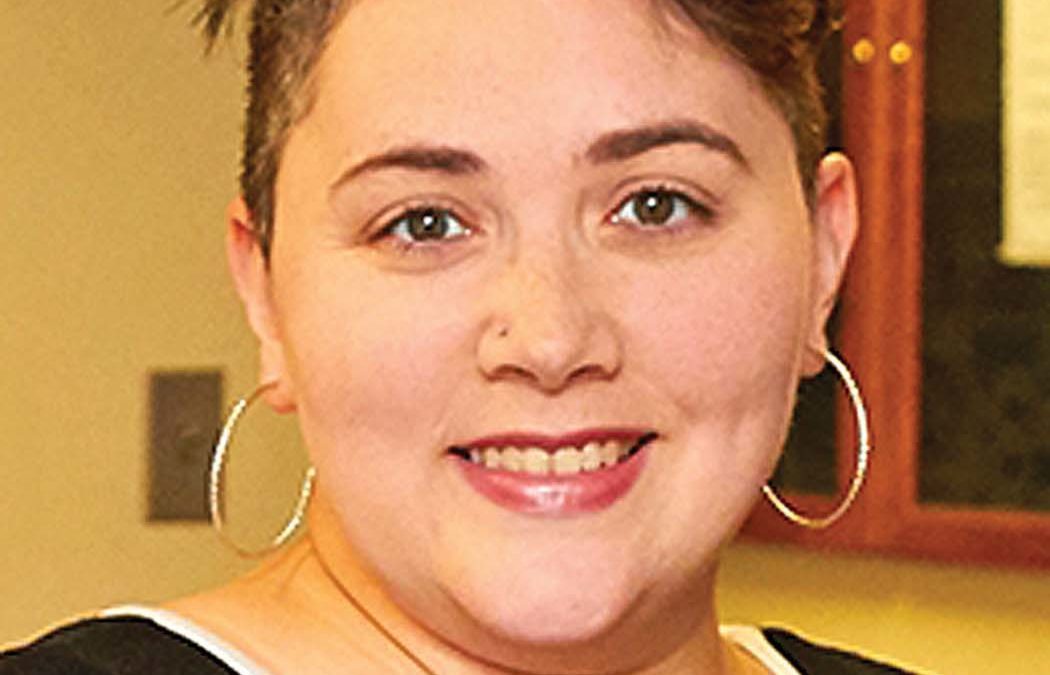 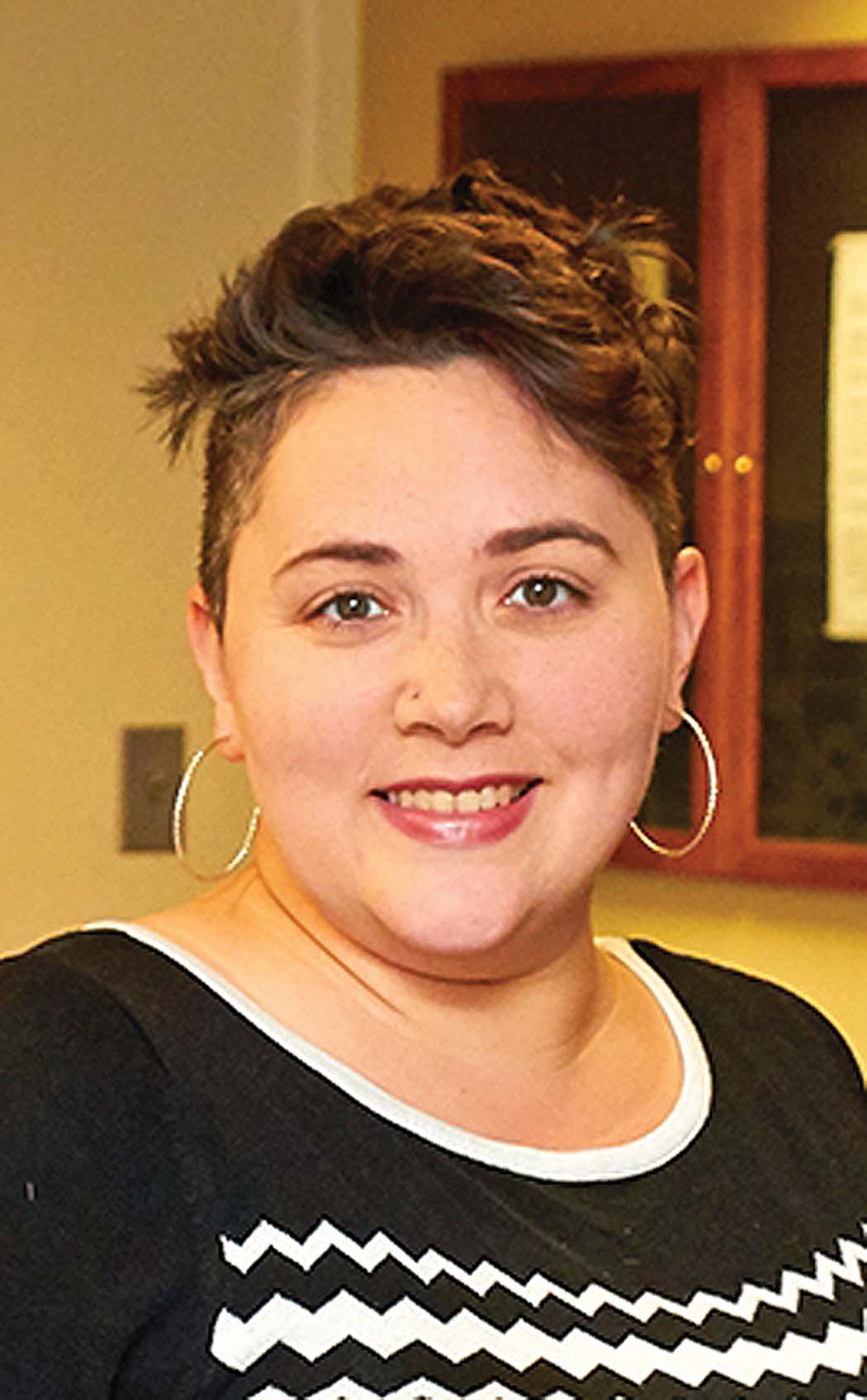 The regulations are the single largest regulatory overhaul in the history of the Department of Education.
— Marti McCaleb, Middlebury College

MIDDLEBURY — Like many institutions of higher education around the country, Middlebury College is navigating a fine line in its compliance with changes in the federal rules concerning sexual assault allegations on campus, and its own rules that try to minimize harm done to assault survivors.
At stake if the college fails to abide by the new rules: federal funding.
“Failure to comply with the regulations could lead to the loss of all federal dollars, including federal financial aid for students,” said Marti McCaleb, Middlebury Civil Rights and Title IX Officer. “Middlebury’s approach to compliance has been that the regulations set the minimum expectations.”
In May, U.S. Secretary of Education Betsy DeVos announced new federal regulations pertaining to Title IX, which prohibits sex discrimination in federally funded institutions.
The new regulations, which change the process by which schools must respond to sexual harassment allegations, are a culmination of a multi-year effort by the current U.S Department of Education that began in 2017 with the withdrawal of the Title IX guidelines put in place under the Obama administration. In 2018, DeVos unveiled a set of proposed regulations similar to the finalized version announced this spring.
Those 2018 proposed regulations championed due-process rights in sexual assault investigations. Anti-sexual violence groups and prominent Democrats, including former Vice President Joe Biden, immediately called out problems with the Title IX changes. They voiced concerns that the new investigation process, which is more trial-like and involves cross-examination, would be re-traumatizing to survivors and therefore discourage survivors from pursuing investigation.
The Education Department received 124,000 comments on the proposed regulations, including comments submitted by Middlebury College advocating against many of the proposals.
When the final regulations, over 2,000 pages in total, were released, the American Civil Liberties Union and other advocacy groups filed a lawsuit. Vermont Attorney General T.J. Donovan joined 17 other state attorneys general in filing a brief against the education department in another suit.
However, since the legally-binding regulations went into effect Aug. 14, colleges across the nation have found a way to comply within the narrow — and pandemic-ridden — window, or risk losing federal funding.
Like college officials across the country, Middlebury wrestled with how to implement the rules. Middlebury recently revised its Title IX sexual harassment procedures to comply with the regulations.

THE NEW RULES
Here’s a breakdown of how the new regulations affect Middlebury community members and what the college is doing with the discretion it has.
The first major change in the new regulations is in the definition of “sexual harassment.” The text of the original Title IX law, passed in 1972, did not mention sexual harassment explicitly, but the guidelines under the Obama administration contained a broad definition of sexual harassment that included “sexual comments, jokes, or gestures,” rumors, and web content, as part of a culture-focused initiative to prevent sexual violence from occurring.
The new definition narrows sexual harassment to sex-based discrimination that is so “severe, pervasive, and objectively offensive” that it limits a person’s access to education. McCaleb reminds that under current regulations as under earlier ones, gender-based violence including rape, sexual assault, fondling, stalking, and domestic/dating violence are still considered Title IX violations.
Additionally, the college maintains its own standards of behavior and Non-Discrimination Policy, for which it may discipline its students outside the bounds of Title IX.
“The (regulations) don’t prevent Middlebury from applying its own standards and expectations of behavior,” said McCaleb. “The college remains committed to fostering a safe and equitable learning environment, free from all forms of discrimination and harassment … For conduct that doesn’t meet the Title IX definition, Middlebury’s non-discrimination policy provides an investigation/resolution process that is more similar to the procedure under our ‘old’ policy.”
For behaviors that fall under the definition of sexual harassment, though, there is now a very specific federally mandated process, another major divergence from previous Title IX policy. Prior to Aug. 14, the law only required schools’ responses to Title IX complaints to be unbiased and conducted in a timely manner. Obama administration guidelines recommended for and against certain procedures, but schools had the ultimate say.

CROSS-EXAMINATION
Now, if a student signs and files a formal complaint with the Title IX Office, they must go through an investigation process culminating in a live hearing where both parties (in this case, the “complainant” is the individual experiencing the alleged sexual harassment, and the “respondent” is the individual against whom the allegations are made) and their witnesses are cross-examined. For this process, each party has an advisor, who may or may not be an attorney, who conducts the cross-examination.
Supporters of this new model, which is more similar to court proceedings, argue that cross-examination helps determine the credibility of a witness and is crucial to due process.
However, many sexual assault experts and survivor advocacy groups argue cross-examination is harmful to survivors, due to its adversarial nature and propensity to retraumatize survivors of sexual harassment, especially if they are forced to be in the same location as their perpetrators. Others believe cross-examination is ineffective in judging a survivors’ credibility, given the nature by which memories of trauma are processed in the brain.
Yet others suggest cross-examination in the college setting provides an unfair advantage to those who are able to hire lawyers. In fact, the Department of Education under the Obama administration strongly discouraged schools from including cross-examination.
Under Middlebury’s previous model, students met individually with an independent investigator and then decision-makers and never had to be in contact with their perpetrator. Now, with the cross-examination model, Middlebury is doing its best to limit physical interaction between complainants and respondents and find ways to make the cross-examination process as safe and fair as possible.
“Our live hearing process will allow any party to request to participate via Zoom — we will not require complainants and respondents to be physically present in a room together,” McCaleb said. “We are also writing a separate code of conduct for advisors during cross-examination to assure that parties and witnesses are treated respectfully and not asked irrelevant or harassing questions.”
Furthermore, students are able, under the new regulations, to withdraw their complaint at any point in time, while previously, the Title IX Office was often required to follow through with investigations of incidents that endangered the community.

RESOLUTION PROCESS
Beyond the formal investigation process, the new regulations have expanded the options for informal resolutions, which were formerly discouraged by the Department of Education.
“If both the complainant and respondent agree, they may pursue informal resolution of the matter through Middlebury’s adaptive resolution process, which is based in principles of restorative justice,” said McCaleb, although what those resolutions may look like has yet to be fleshed out in the new procedures so far published online. Students may choose to withdraw from an informal resolution at any point in time.
Additionally, students may access a range of resources if they have experienced sexual harassment, regardless of whether or not they choose to pursue a formal or informal resolution, previously called “accommodations” and now known as “supportive measures.”
“These can include academic or residential changes, transportation/escort to or from classes, visa/travel assistance, help accessing counseling or other care, or a wide variety of other measures to help you continue your studies safely,” McCaleb said.
Other changes in the regulations include the fact that Title IX no longer applies to incidents that occur beyond the bounds of campus or campus-affiliated programs, and specifically not to any incidents that occur outside the U.S. This means that the college can no longer investigate incidents that occur in study-abroad programs.
If a student experiences sexual harassment abroad, the Title IX Office recommends that they review a provided list of in-country support resources.
“Laws around sexual misconduct vary widely from country to country, as do the availability of medical care and support resources,” McCaleb said. “While the Title IX grievance process doesn’t apply to students studying abroad, Middlebury’s Non-Discrimination Policy still applies. Contact your program director or assistant program director … Middlebury’s policies still allow for supportive measures.”
In addition to managing the discretion left up to colleges, another challenge has been implementation within the time frame.
“The implementation window, in the middle of an unprecedented global pandemic, was certainly not something any of us would have wished for,” said McCaleb. “The regulations are the single largest regulatory overhaul in the history of the Department of Education.”
She noted that similar regulations would generally take a year to put in place.
“However,” she continued, “Middlebury has spent the past year preparing for the new rules … there were many decisions that we had already made, or that our community values made for easy decisions.”
Although the college has been in compliance since Aug. 14, the Title IX Office will continue to hold open dialogue and make adjustments into the fall, including creating a new resource webpage, updating education materials, producing a new curriculum for violence prevention, and developing training and codes of conduct for advisors participating in cross-examination.
“The biggest challenge of doing this work in a pandemic is communication — both sharing information about the new policy and procedures,” McCaleb said. “The more fundamental message (is) that regardless of whether campus life is happening in person or remote, discrimination and harassment are still prohibited, and there are still supports and resources in place to address it when it happens.”