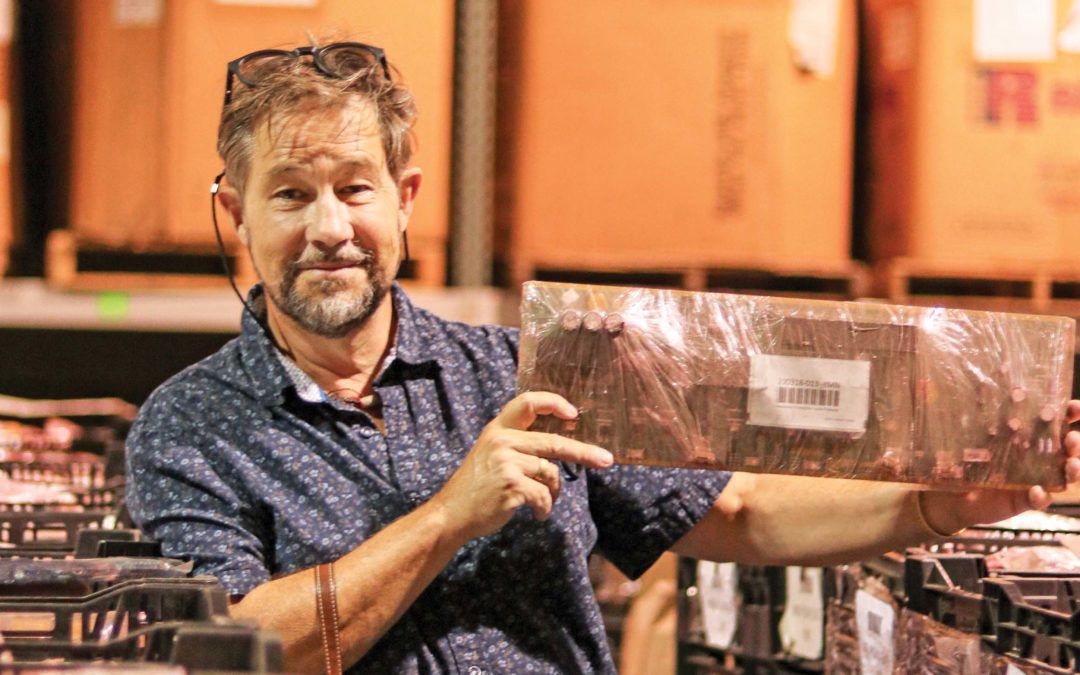 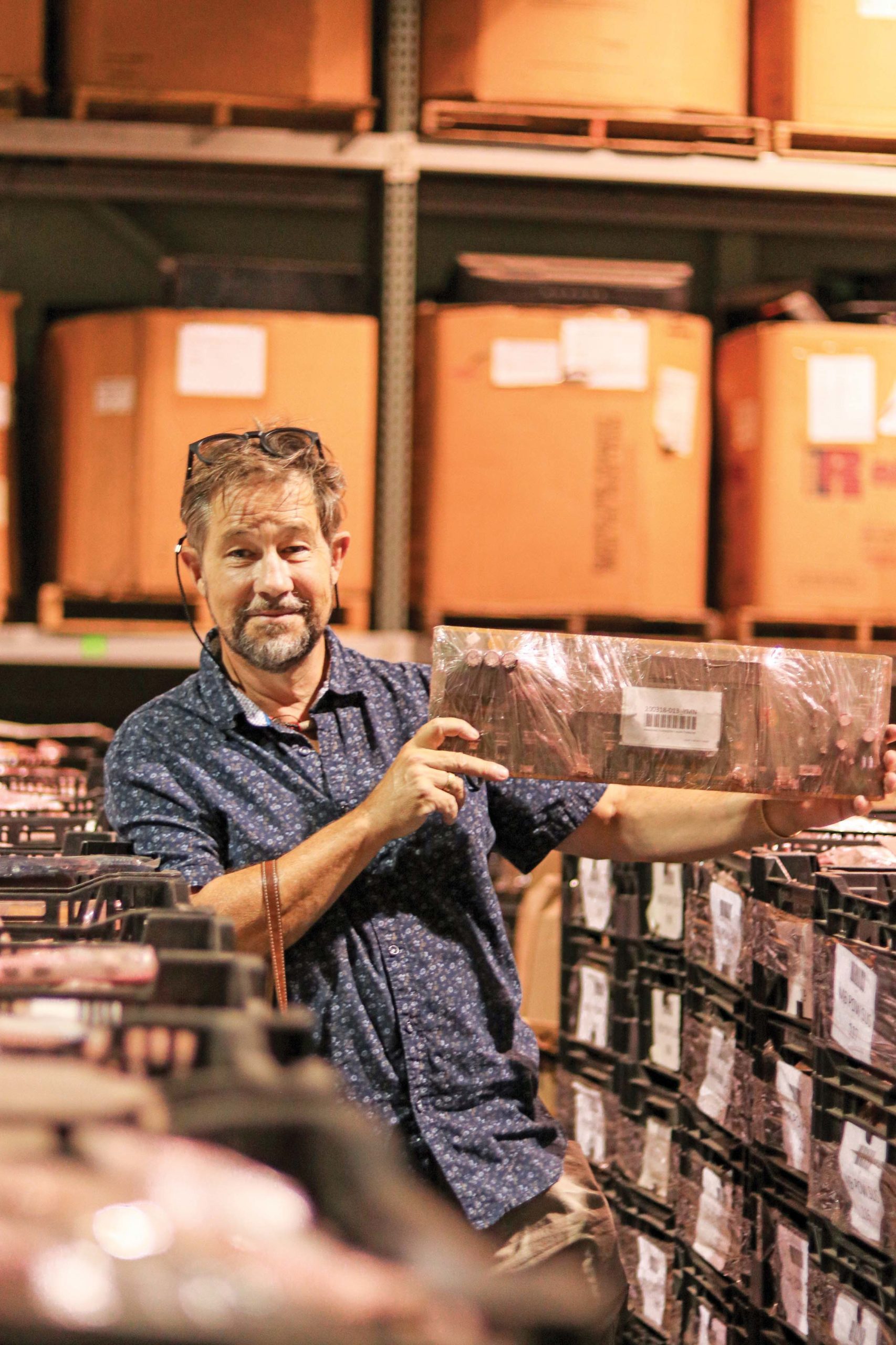 ROBIN INGENTHRON, CEO of Good Point Recycling, is looking for investors to help his Middlebury company prepare for a veritable tidal wave of new e-recycling business it will secure through a new, five-year contract with the state of Massachusetts.
By John Flowers

Since 2001, Good Point has diverted more that 100 million pounds of used electronics from disposal to reuse.

MIDDLEBURY — Good Point Recycling recently signed a major, five-year e-waste contract with the state of Massachusetts that is prompting its ownership to recruit investors to help the 20-year-old company keep pace with an expected doubling of the amount of discarded electronics it will soon be processing.
The new pact — covering the Massachusetts cities of Boston, Brockton, Brookline, Cambridge, Quincy, Weymouth and Revere — is triggering Good Point CEO and founder Robin Ingenthron to consider a major increase in his workforce of around 40. Those workers are currently split between the company’s bases in Middlebury and Brockton, Mass. Good Point is one of six companies that will share in the statewide contract.
Ingenthron is now also considering larger Vermont facilities for Good Point, either in Middlebury or possibly in Brandon.
“It kind of feels like the fish are jumping into my canoe faster than I can cut bait,” Ingenthron told the Independent during a recent tour of Good Point’s headquarters at 227 Pond Lane.
One would think a sudden boost in business would be a welcome challenge — and it is for Good Point, to a certain extent. The company currently processes more than 3 million pounds of electronic waste in Middlebury and Brockton. Some of it is stripped of its utilitarian parts, which can be sold on eBay or wholesaled to specialty repair shops.
Other material can be repaired and resold. Flat-screen TVs have emerged as the centerpiece of Good Point’s business plan and inventory. The business practices “fair trade recycling,” and the refurbished electronics generated by Good Point have earned a worldwide market — including in emerging nations where many people can’t afford to buy brand-new goods. Ingenthron noted Good Point during the past two decades has brought $25.7 million into the county from countries throughout the world.
The stats are indeed striking.
Since 2001, Good Point has generated $15.3 million in recycling service fees and garnered $5.9 million in scrap metal and plastic revenues. It has diverted more that 100 million pounds of used electronics from disposal to reuse. It has also, during that timeframe, paid more than $8 million in wages.
Good Point has historically grown and contracted with the domestic and international recycling markets.
It’s now staring squarely at expansion.
With the new Massachusetts contract in tow, Good Point’s growth projections suggest a 70% bump in reuse sales and licensing revenue, a 90% surge in recycling fees, and a 30% boost in scrap revenue.
“We estimate the U.S. used parts market at $100 million (annually),” Ingenthron said. “Our cost of supply is the lowest, and we own the niche for the older pieces.”
But he realizes it’s going to take more employees and infrastructure to achieve those goals.
Ingenthron does have some capital, derived from his sale last year of 227 Pond Lane. But he described his dilemma as akin to having $1 to invest into several worthwhile strategies. They include ramping up employees and equipment to pick up the e-waste from the many Bay State government office buildings, public colleges and schools that can buy off the Massachusetts contract. He could also invest in a new Middlebury facility, and has been negotiating with Middlebury College on a possible land purchase.
The trouble with a hiring surge, Ingenthron explained, is that you have to start paying the new workers within two weeks, and the dividends those employees create can take six months to materialize. He said he could more than double his workforce right now if a major payroll surge wouldn’t pose a short-term obstacle.
“In my opinion, the number one cause of failure of small businesses is growing too fast,” Ingenthron said. “It’s very tempting to mistake payroll for profit. We’re juggling vacancies until more financing comes in. We lost two people (in Middlebury) during the summer and haven’t filled those positions, because we had the city of Boston contract coming in. We hired drivers and sorting staff in Brockton.”
His solution is to put out the call to potential investors for money that would allow him to quickly hire people and put the infrastructure in place to capitalize on the new bounty of Massachusetts recyclables. Ingenthron said he’s tried to leverage the money from a variety of Vermont and Massachusetts banks. One of the banks agreed to loan him money, but only if he matched the borrowed money dollar-for-dollar as collateral.
So Ingenthron is hoping prospective investors will contact him at robin@retroworks.com. Good Point was recently profiled in Recycling Today, a national publication. That profile can be found at tinyurl.com/y4mlu8yq.
Ingenthron came up with another metaphor to describe the problems posed by landing the Massachusetts contract:
“We’re like the dog that caught the bus.”
Reporter John Flowers is at johnf@addisonindependent.com.