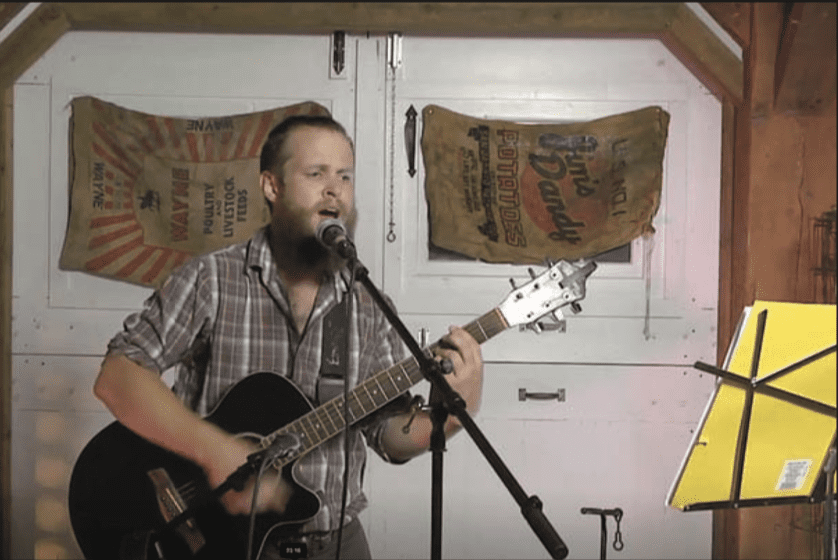 BRISTOL — Drawing on a wealth of local music talent and the availability of an additional studio for the summer, Northeast Addison Television (NEAT) is launching a new series of live-music broadcasts.
For the next six Friday evenings, viewers can tune in to the Studio2 Summer Covid Music Series on Comcast Cable channel 1080, or watch the live stream on the station’s website, neatbristol.com, where all performance videos will be archived for later viewing.
Lincoln musician Nate Gusakov kicks things off this Friday, July 17, at 7 p.m. with new solo material he’s really excited about.
Gusakov’s website describes his music as “honest songs, folk songs, toe-tappers, love songs. Somewhere between Greg Brown and John Hartford, with a voice like mountain bedrock. Depth, grace, sadness, hope, and just a little bit of twang — not the banjo you’re used to hearing.”
For more information about Gusakov and his music, visit nategusakov.com and check out his YouTube channel, Nate Gusakov Music.
Other 5-Town talent will follow on successive Friday evenings: Rick Ceballos and Lausanne Allen; Richard Ruane and Beth Duquette; Jim and Anna Lienau; and Steve Audy.
NEAT will announce the final lineup schedule soon.
“This is a great outlet for the 5-Town community, particularly in this strange time,” said NEAT Director Mary Arbuckle.
Arbuckle developed the series idea after Bristol resident John Moyers, who owns a recording studio in the Old Grain Mill building across the alley from NEAT, approached her about renting the studio for the summer.
The studio space can safely accommodate up to two performers at a time, along with Shawn Kimball, who is producing the series for NEAT.
“It will be COVID-safe,” Arbuckle said. “Performers will use separate microphones and everything will be sanitized and wiped down.”
Musicians will bring their own equipment and NEAT will bring the lights, microphones, mixer and camera, Arbuckle explained.
The station has also recently added new equipment to increase its live-streaming capacity, which Kimball has been testing throughout the 5-Town area.
Gusakov, who hosted a Zoom music series for his Lincoln neighbors this spring, noted that other studios around Vermont have begun organizing similar offerings, which has been a boon for local musicians whose gigs have been canceled because of the pandemic.
“Though I’ve never tried to make a living at music, I’ve definitely come to miss playing for live audiences,” Gusakov said. He’s looking forward to recording with studio-quality sound and having an archived version of his performance, he added.
The Studio2 Summer Covid Music Series is a convergence of new circumstances, a new environment and new capabilities — and Arbuckle says she is excited to see how it evolves:
“Creative things happen in a creative space.”
For more information about the series, contact Mary Arbuckle or Shawn Kimball at neatbristol@gmail.com.
Reach Christopher Ross at christopherr@addisonindependent.com.