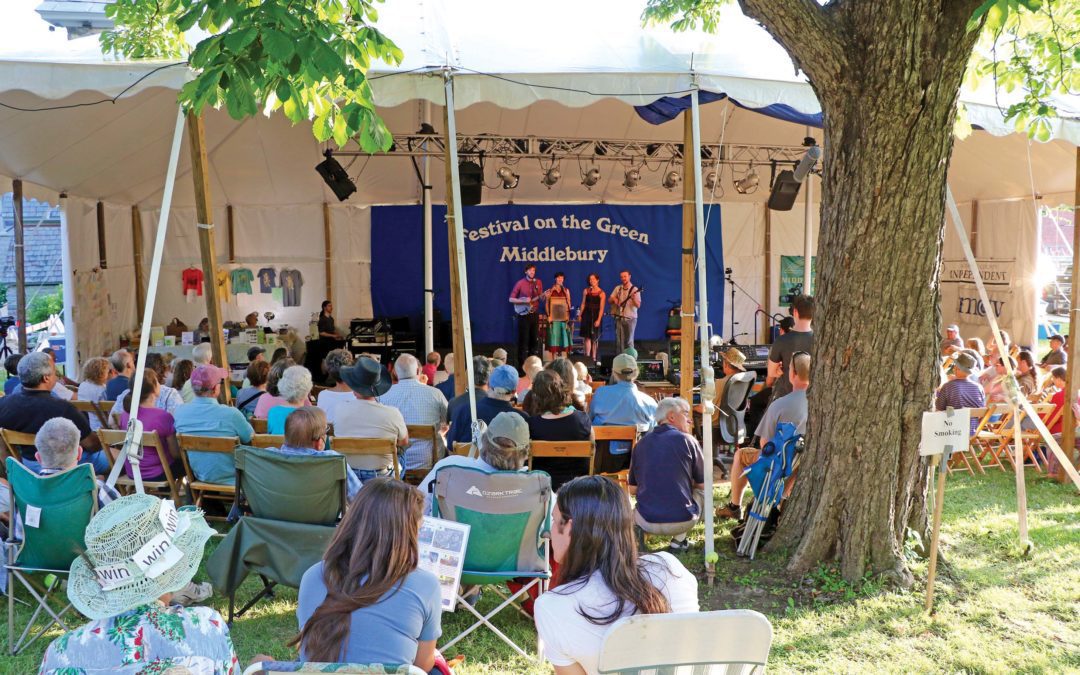 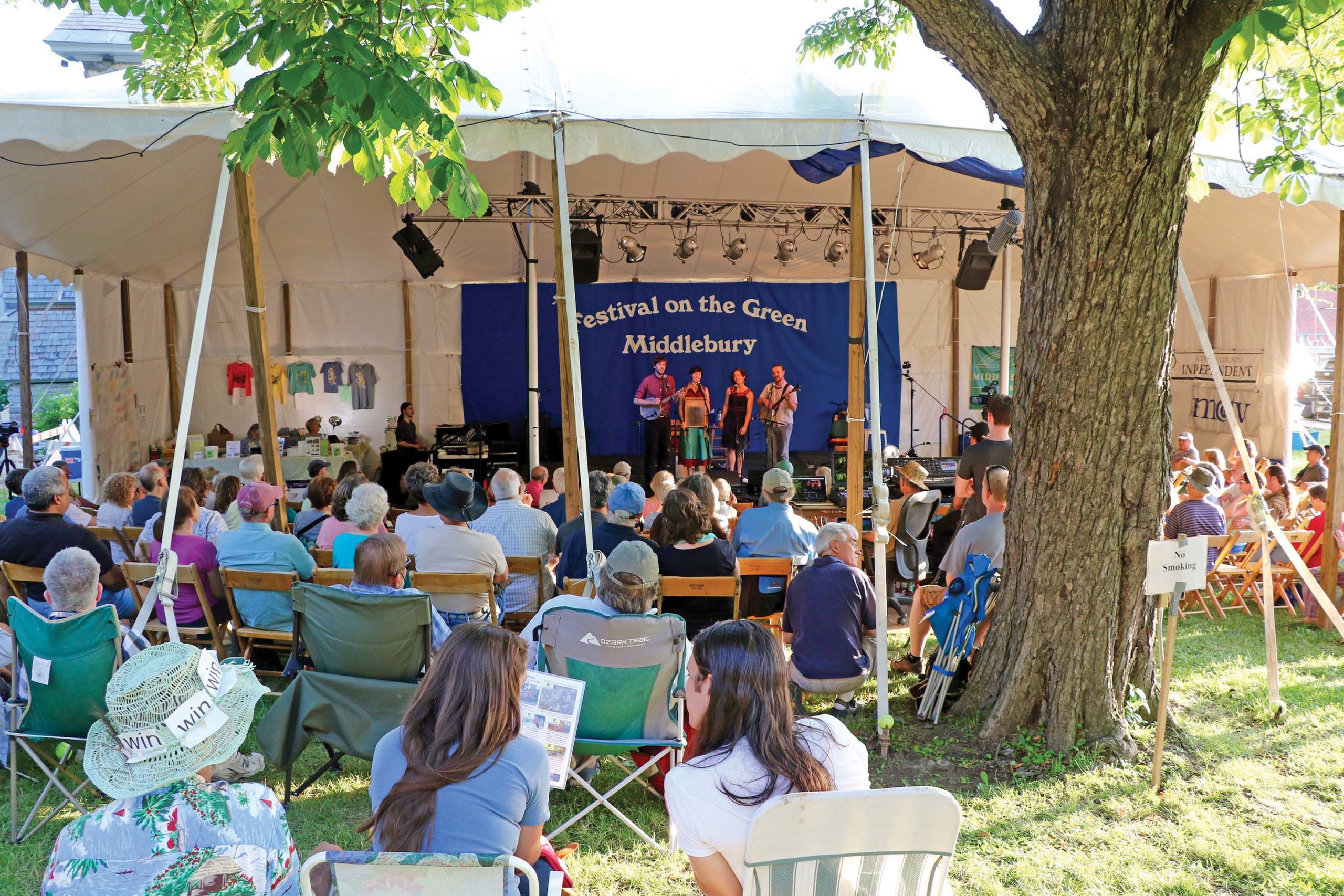 FOR FOUR DECADES music lovers have gathered on the Middlebury town green during the summer to listen to and watch live performances. Such performances are out this summer, but MCTV will broadcast tape of 42 past Festival on the Green performances next week.
By John S. McCright

MIDDLEBURY — Coronavirus may have killed the live performances at the Festival on the Green, which for four decades has hosted a week of entertainment on the Middlebury town green during mid-summer, but the show will go on — on your television.
Festival organizers and Middlebury Community Television, or MCTV, have teamed up to offer a virtual retro festival for area music lovers. Because this would have been the 42nd year for the Festival on the Green, MCTV has graciously offered to show 42 different performances during what would have been this year’s festival week (July 12-17).
The shows will air daily at 10 a.m., noon, and 2, 4, 6 and 8 p.m., said long-time festival volunteer Richard Ruane.
“There’s a lot to see — it’s all Festival all the time,” Ruane said.
MCTV is broadcast on Comcast channels 1071 and 1091. For the exact schedule of performers head to the TV station’s website, middleburycommunitytv.org.
In addition to missing the opportunity to present live music, organizers of the festival are also missing the opportunity to pass the bucket and collect donations, which support the festival. Ruane said they hope supporters will head online to festivalonthegreen.org, where fans can support the institution through direct donations or by purchasing a Festival t-shirt designed by volunteer Donna Brewer.
“We’re taking a (financial) hit,” Ruane acknowledged.
Nevertheless, FOTG paid the performers a stipend of about 30 percent of what they would have been paid had they actually performed.
“For the performers, their livelihoods have goon away,” Ruane said. “We wanted to do the right thing.”
Next year the Festival is expected to be back on the Middlebury green once again.
Ruane said Festival organizers have been talking with every act that was supposed to perform this year and are trying to set them up to come perform next year. So far they’ve tentatively booked the following bands: the Oshima Brothers; Rani Arbo and Daisy Mayhem; Bruce Molsky, Tony Trishka and Paula Bradley; Beg Steal or Borrow; the Paul Asbell Quintet; Les Royal Pickles (from Canada); Kobo Town (from Canada); and Kolonien (from Sweden). They also hope to have their regular Brown Bag lunch time performers including Jon Gailmor, the No Strings Marionette Company and magician Tom Verner.