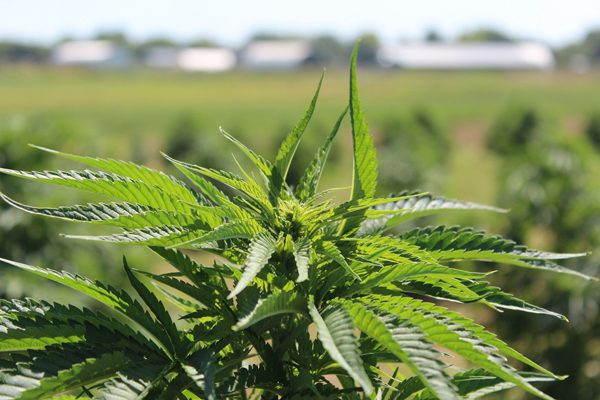 AFTER AN EXPLOSION of grower registrations last year, Vermont’s hemp industry has gotten off to a rocky start in 2020. Agency of Agriculture officials are hoping that new Hemp Rules will provide much-needed clarity for growers and processors, but some industry stakeholders worry that proposed federal guidelines, which impose greater restrictions, could spell doom for industrial hemp in the Northeast.
By Christopher Ross

“The function of recordkeeping is to understand what is happening in the Vermont market.”
— Vermont Hemp Program Director Stephanie Smith

VERMONT — After the great promise hemp held out for Vermont farmers last year was dashed by poor planting weather, questionable plant genetics, limited drying and processing capacity, and the occasional dodgy contract, state officials are reporting a significant drop in grower registrations this year.
As the 2020 planting season gets under way, the Vermont Agency of Agriculture, Food and Markets (VAAFM) recently said it has received only 399 grower registrations for 1,177 acres — far short of last year’s 986 registrations for 9,100 acres, though agency officials said that growers are still signing up.
For those growers who have committed this year, or who are planning to, the Vermont Hemp Rules, which went into effect on May 21, provide a relatively clear regulatory framework for the industry, but they’re not likely to inspire a flurry of new registrations.
The rules detail requirements for registering, recordkeeping, reporting, testing and labeling industrial hemp products, as well as guidelines for inspection, enforcement and the disposal of “non-compliant” crops and products.
REGULATING THC
One of key measurements used to define hemp as “compliant” is the concentration of tetrahydrocannabinol, or THC, a psychoactive substance that occurs naturally in trace amounts in industrial hemp plants, but for which recreational and medicinal marijuana plants are bred.
Vermont’s industrial hemp growers are allowed to harvest plants as long as THC appears in concentrations less than 1%, a limit that has so far seemed viable for the region, but which may change.
On Oct. 31, 2019, the USDA, which uses less flexible math than the VAAFM, released its own interim hemp rules, setting the THC limit at 0.3%.
Many Vermont industrial hemp growers were not happy.
“After having grown for one season it is quite obvious to me I would have to grow at least three times as many plants under the USDA rule to produce the same amount of CBD (cannbidiol, a component of hemp that is an increasingly popular ingredient used in alternative medicine) as I get out of one plant now,” wrote Pittsford hemp grower Dennis Kulesza in a Jan. 7 op-ed for the hemp and marijuana advocacy group Heady Vermont.
THC levels can be difficult to control, and concentrations tend to increase as plants grower older and bigger.
Kulesza, who invested more than $200,000 last year to plant part of his 50-acre property in hemp, suggested that it would be impossible to profitably grow hemp for CBD without exceeding the proposed federal limits for THC.
There are ways of processing industrial hemp plants that could reduce THC concentrations to acceptable levels, but as it stands now, federal and Vermont definitions of “compliant” hemp apply only to the plants in the ground. Processing THC out of a plant would involve handling a “non-compliant” crop and is thus prohibited. Hemp plants with too much THC (also called “hot crops”) must be destroyed.
“A reasonable and viable solution would be to allow certified testing laboratories to extract any THC from a crop when it is processed and turn it over to medical marijuana facilities such as hospitals and dispensaries,” Kulesza proposed. “THC has been proven to effectively treat patients with certain medical conditions. Why destroy medicine? Why destroy an industry? This does not have to be.”
Cary Giguere, VAAFM’s director of public health and resource management, told Vermont Digger last November that he would be negotiating with the USDA to try to loosen some of the proposed THC regulations.
In the meantime, Vermont’s more flexible rules will continue to apply until Oct. 31. Hemp that is grown, sampled, tested and harvested after that may have to be registered with the USDA.
INCREASED FEES
Vermont’s Hemp Rules also contain a new — and in some cases much more expensive — fee structure, which was adopted by the Legislature last year.
Whereas in 2019, hemp growers and processors paid a flat fee of $25, this year registration is based on operation size. The new fees range from $25 for personal-use growers to $100 for the smallest commercial operations to $3,000 for growers cultivating more than 50 acres or harvesting more than 50,000 pounds of hemp. There are also fees for cultivating hemp indoors, based on square footage.
Last year VAAFM collected a total of $33,320 in registration fees.
RECORDKEEPING
A significant portion of the Vermont Hemp Rules is dedicated to outlining recordkeeping and reporting requirements. Detailed records are essential to support the state’s industry, said VAAFM Hemp Program Director Stephanie Smith in a June 11 hemp rules webinar hosted by UVM Extension.
“The function of recordkeeping is to understand what is happening in the Vermont market,” Smith said. “Through (growers) keeping records or us inspecting (their) records we can identify bottlenecks in the market; we can understand what crops are moving (within and outside) the state of Vermont; we’re able to compare information year over year if we have (it);  (and) if we had certificates of analysis regarding potency, we can identify what cultivars are actually successful in our state or are otherwise consistent year to year.”
Though the Vermont Hemp Rules are now in full force, “the agency understands and has a practical approach to applying the regulations,” Smith said. “We know there’s going to be a fair bit of learning curve. We’re practical people. We’re not coming forth with the hammer. However, we want people to know that we will investigate any complaints and respond to any concerns that are raised.”
More information about the Vermont Hemp Program can be found by visiting agriculture.vermont.gov/public-health-agricultural-resource-management-division/hemp-program.
Reach Christopher Ross at christopherr@addisonindependent.com.