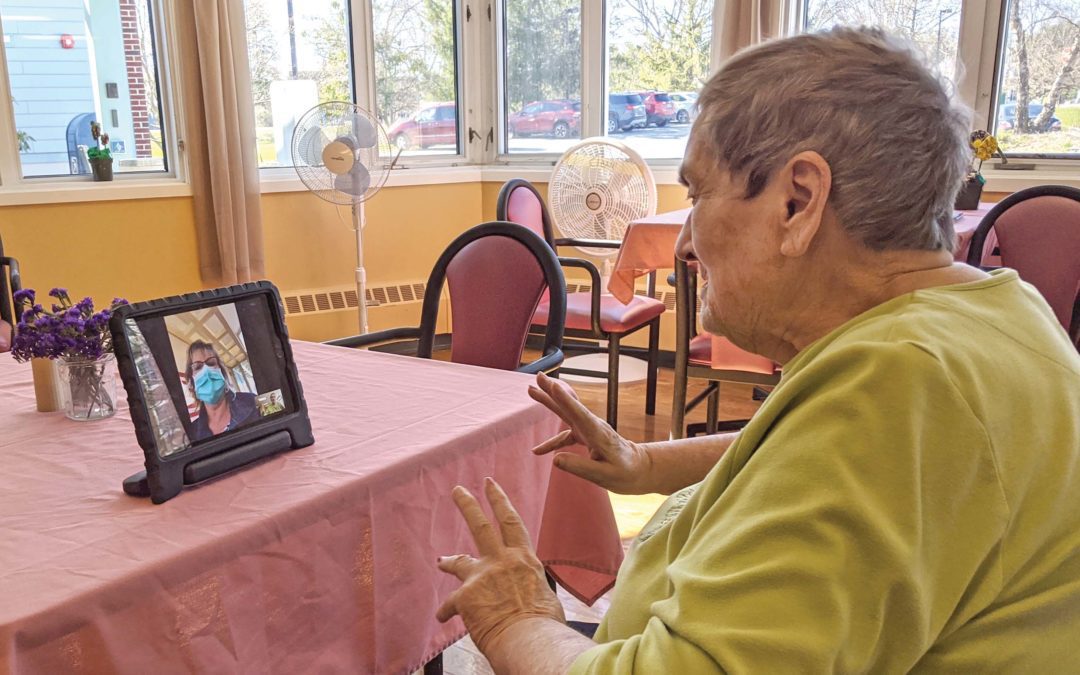 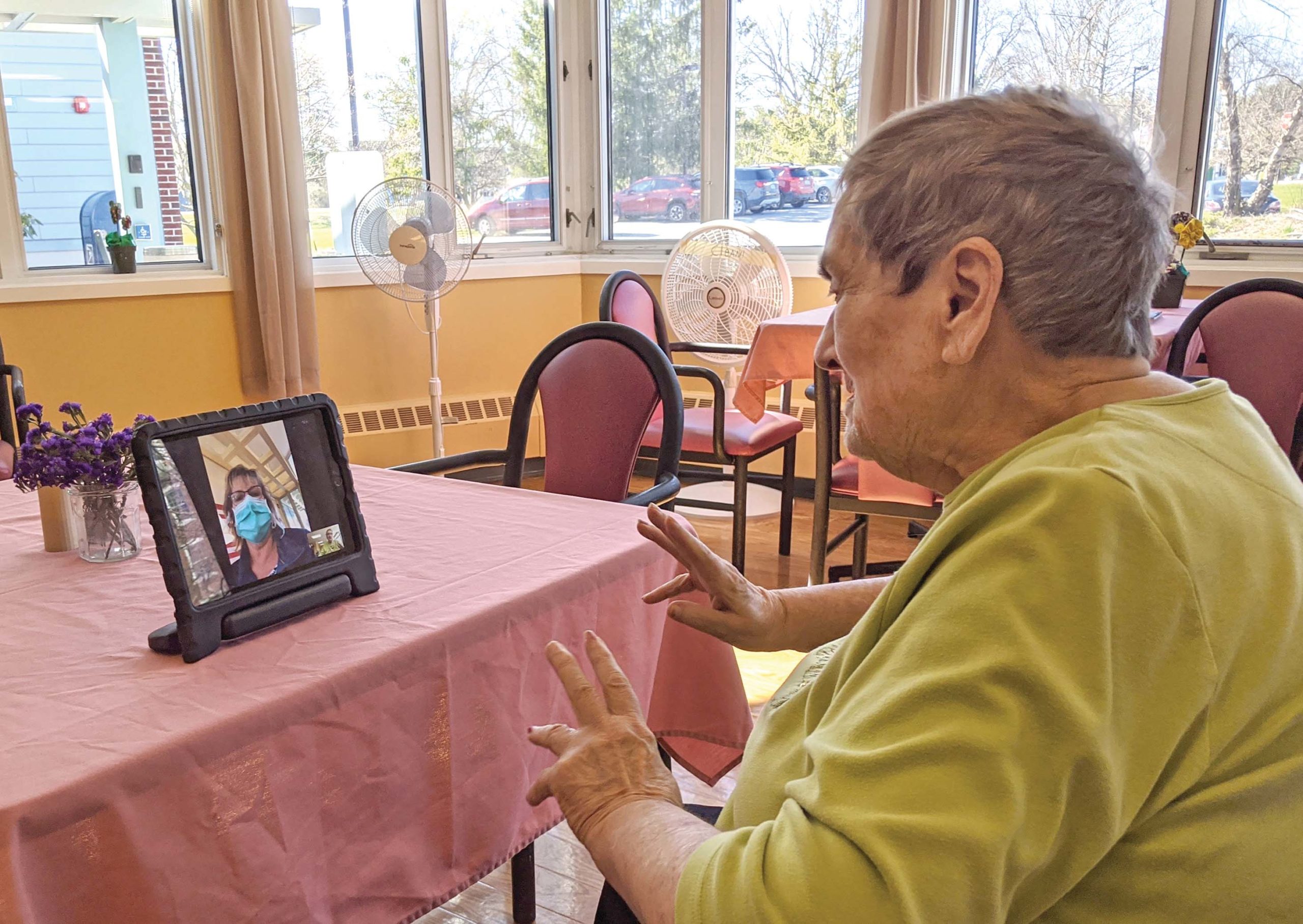 With video chats seniors have to be active listeners — they converse, share ideas, and their participation is encouraged. These ‘miracle’ video chats have changed us forever.
— Ann Sullivan

MIDDLEBURY — If there’s one thing Nancy Durham has learned in her role as activities director at Helen Porter Rehabilitation & Nursing in Middlebury it’s this: “You don’t mess with Bingo,” she says. “Pandemic or no pandemic, Bingo will go on.”
Safety protocols, including a no-visitor policy, suspension of group meals and entertainment, and limiting residents’ movements in the building, have helped prevent infection in the 98-bed facility, where no residents have become ill with COVID-19. But keeping residents feeling entertained, engaged and connected to family and friends? That has presented another challenge, one that Durham is solving with the use of technology.
Zoom Bingo, for example, enables some residents to play using the video conferencing platform and an iPad. The in-person version of the game, adapted to comply with the current restrictions, involves a staff member moving up and down one hall calling numbers while residents sit at a safe distance from each other in their individual doorways, marking off their cards. But some residents live on halls with neighbors who don’t want to play, so Durham has made sure those residents can join a different hall’s Bingo session remotely.
“Normally, we have a pretty lively calendar filled with scheduled entertainment and group activities,” says Durham. “Since we can’t do groups right now, we’ve had to get creative in what we can do.”
Video calls have become extremely popular with residents like Ann Sullivan, who has discovered she prefers them over traditional phone calls. “With video chats seniors have to be active listeners — they converse, share ideas and their participation is encouraged,” she says. “These ‘miracle’ video chats have changed us forever.”
Durham and her staff set residents up with iPads and manage the technology for these calls with family members, friends and even volunteers, who still want to be involved though they can’t visit in person. There’s even a pet therapy team who makes video calls from their farm, giving residents a chance to watch dog Wiley romp around outside.
Volunteer Joseph “Buck” Rogers, 84, is helping a resident with his fiction writing over Skype. The retired attorney takes dictation, typing up the manuscript on his computer and making suggestions for edits as they go along. The pair is working on the resident’s second short story now, and Rogers is eager to help him get published.
“He’s put together some very interesting stories,” says Rogers, whose wife, Laurene, 70, has also been a volunteer at Helen Porter for 15 years. “This has been good for me too. I enjoy doing it, and at our age we’re not going out much during this pandemic either.”
Laurene speaks weekly to a couple of different residents via Skype. One expressed a desire to see a priest, so she reached out to Father Luke Austin of St. Mary’s in Middlebury and he visited the woman outside the window of her room.
Before the pandemic, Dodie Shea visited her husband, Bob, 81, at least five times per week, often having lunch with him or taking brief walks in the garden. He has been in rehab at Helen Porter recovering from a hip replacement since early January. Now, she makes do with regular Facebook Messenger calls. “It’s been a relief to see him and know he’s OK,” she says. “We’re anxiously waiting for things to open up, but I don’t want it to be too soon. They’ve done a good job keeping everyone safe, and I think he’s starting to consider the place his home away from home.”