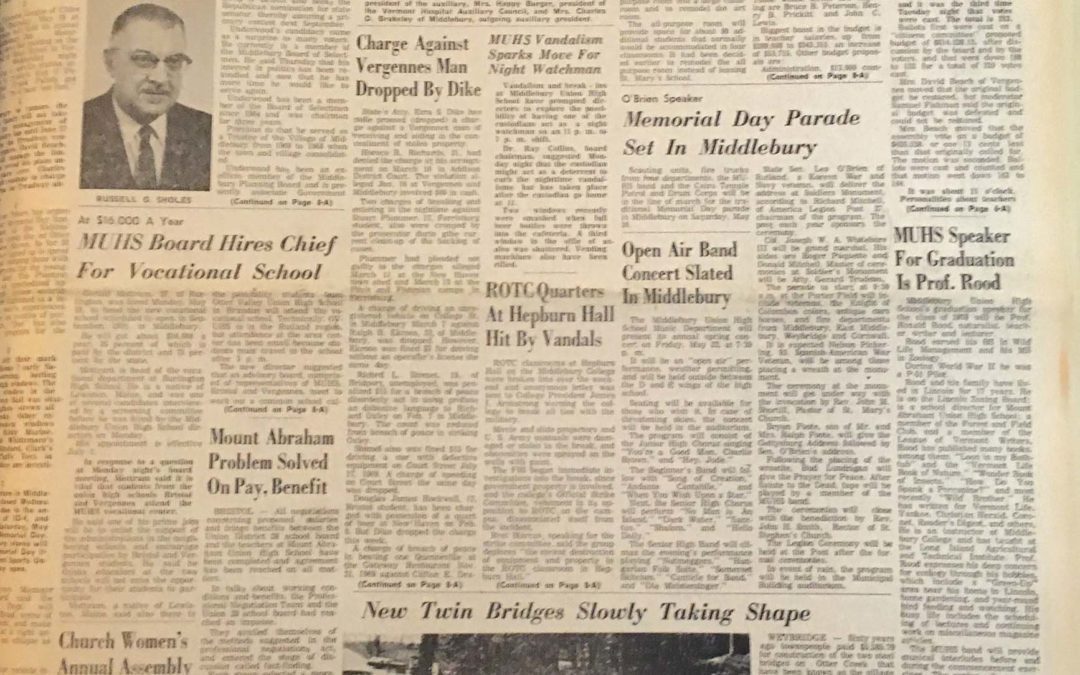 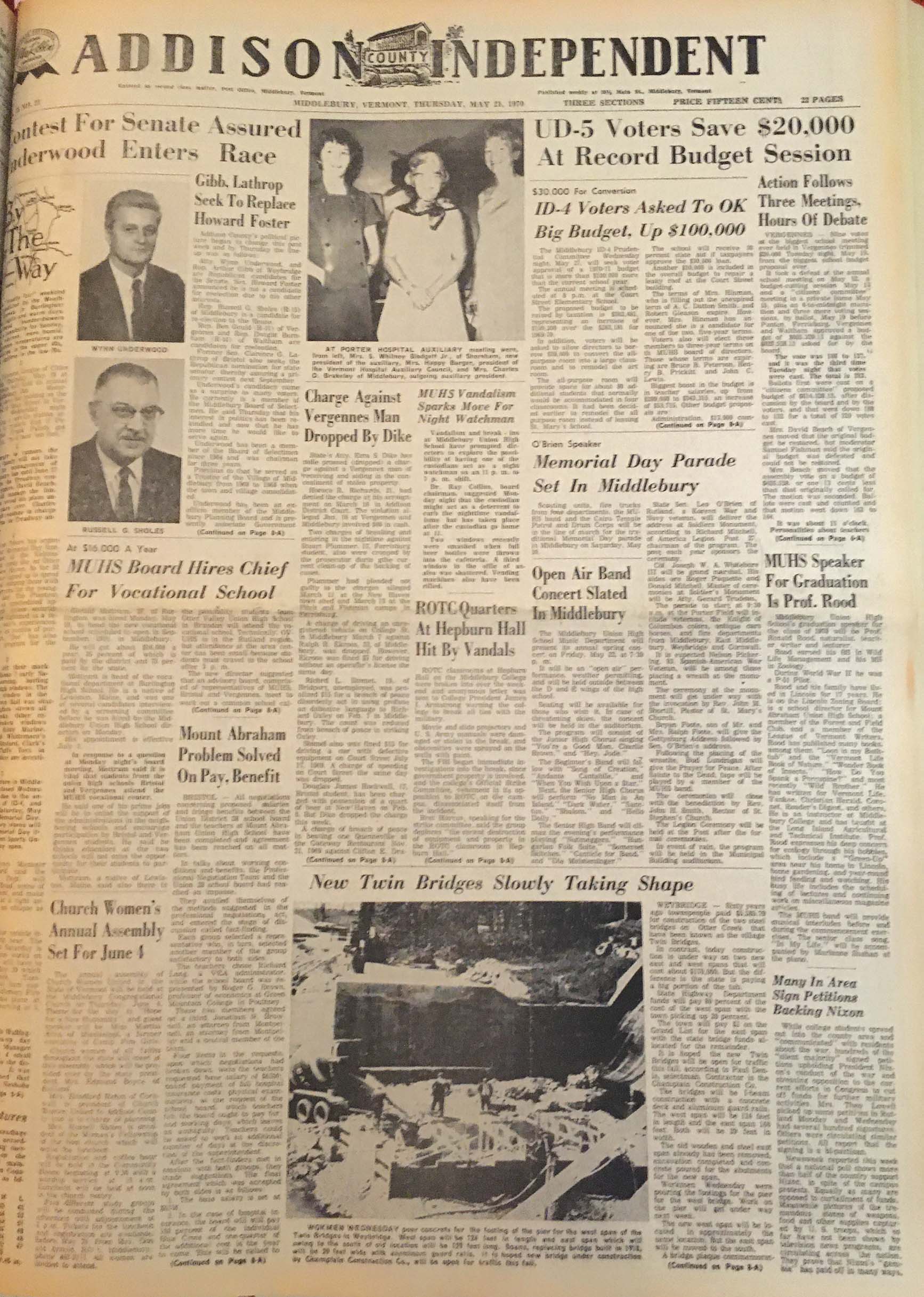 It seems that Addison County residents have been politically involved for a long time — important political issues dominated the headlines 50 years ago this week. Here are some of the top stories that appeared in the May 21, 1970, edition of the Addison Independent:
•  Forty-seven students from Addison County received their master’s and bachelor’s degrees at the University of Vermont graduation ceremony.
•  Middlebury Elementary School planned an open house to celebrate Mary Hogan, who was retiring after 15 years as principal.
•  Dawn Lamoureux of Shoreham, a Middlebury Union High School 7th-grader, was one of 32 young writers whose work was celebrated on WCAX-TV as part of the Poetry Society of Vermont’s 1970 Creative Writing Contest.
•  Three Republican candidates for an Addison County seat in the state Senate ensured a hotly contested race. The three candidates were attorney Wynn Underwood of Middlebury, State Rep. Arthur Gibb of Weybridge, and former state Sen. Clarence G. Lathrop of Bristol.
•  Frank and Margaret Rother, owners of Rother Studio of Photography in Middlebury, received three first-place awards and four second-place ones for their pictures at the Vermont Professional Photographers convention in Montpelier.
•  Middlebury Union High School suffered several break-ins where the cafeteria windows were smashed and vending machines “rifled.” The vandalism led the school board to suggest hiring one of the school custodians as a night guard.
•  One week after a campus-wide strike protesting the Vietnam War, Middlebury College saw further controversy when the ROTC classroom in Hepburn Hall on campus was vandalized. The unidentified vandals damaged several slide projectors and U.S. Army manuals in the classroom and painted “obscenities” on the walls. They also sent an anonymous letter to college President James Armstrong “warning the college to break all ties with the military.” Because the incident involved government property, the break-in was investigated by the FBI.
•  While college students continued to protest, several hundred local residents — referred to as the “silent majority” — signed petitions supporting President Richard Nixon and his war strategy.
•  A 2 million-year-old skull belonging to Homo habilis, an early ancestor of human beings, was discovered in the fossil-rich Olduvai Gorge in Tanzania. The skull, which was the most complete Homo habilis specimen yet found, was discovered by Peter Nzube, an African man who was working on-site with famous paleoanthropologists Louis and Mary Leakey.
— Emma Pope McCright