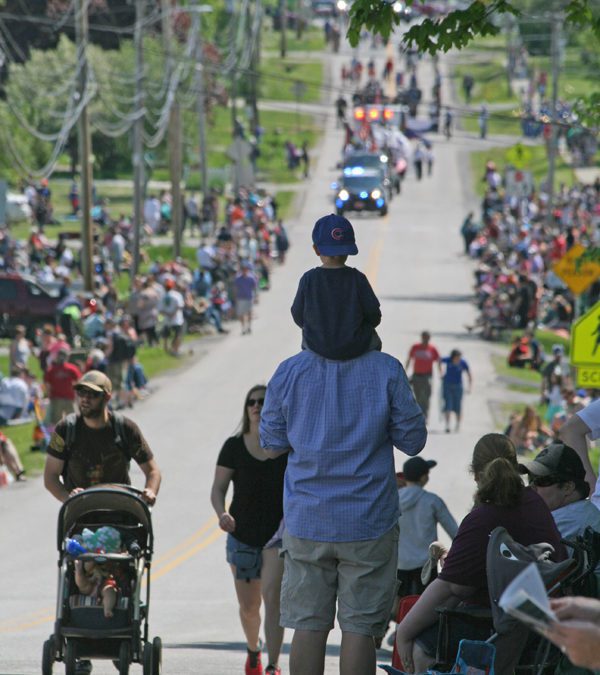 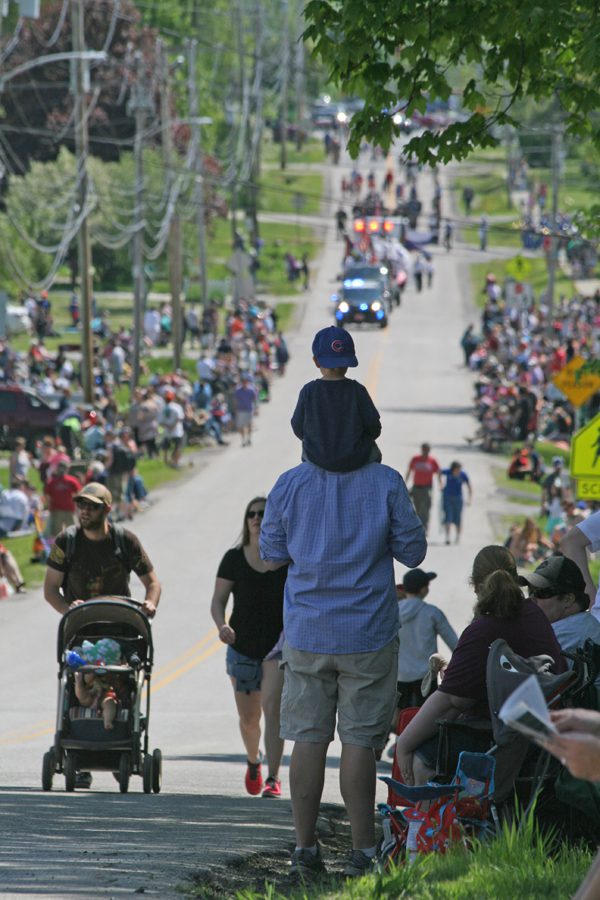 ONE YOUNG LAD has the best seat in the house as the 2019 Vergennes Memorial Day parade makes its way up Monkton Road. Sadly, this year’s parade has been canceled due to the coronavirus threat.

VERGENNES — The largest Memorial Day parade in the state has been canceled for 2020.
“It is with a heavy heart that American Legion Post No. 14 in Vergennes announces the cancellation of the annual Memorial Day Parade and festivities that was scheduled to be held on Monday, May 25,” Post 14 officials said in a release on Wednesday. This will mark the first time in more than 60 years that there will be no parade in Vermont’s Little City on the last Monday in May.
Post 14 members and volunteers will still set out the 1,100 flags marking the graves of honored service men and women in the surrounding towns and requests that on Memorial Day everyone pause to reflect on the sacrifices made by members of America’s armed services.
A smaller parade that is traditionally been held in Bristol on Memorial Day also will not be held.
But Bristol American Legion Post Commander Ron LaRose said there likely will see be a solemn ceremony.
“Since schools are closed, we won’t have a parade, just our typical ceremony on the park,” he told the Independent. “This all depends on the guidelines from the governor and others as we get closer to Memorial Day.”
A final decision on Bristol’s ceremony won’t be made until May 1.
Plans for the Middlebury parade were not known as the Independent went to press.
“On behalf of all the veterans and their families, Post No. 14 asks you to please stay safe and follow the guidelines in place to slow the spread of the coronavirus,” officials in Vergennes said. “We will come together again as communities after the dangers have passed.”