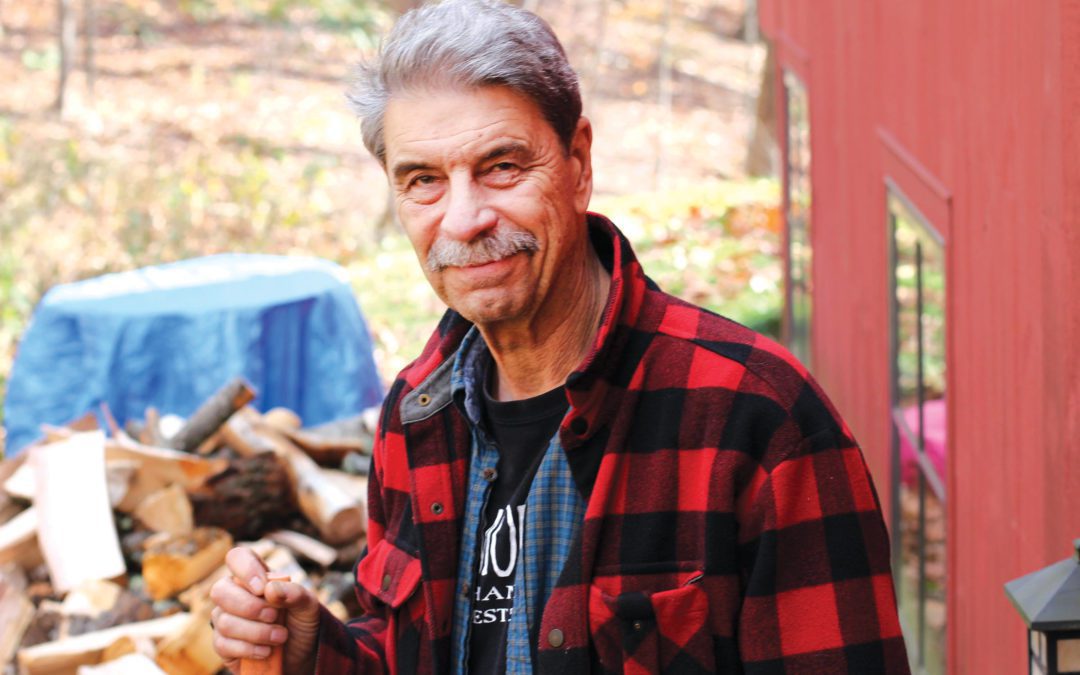 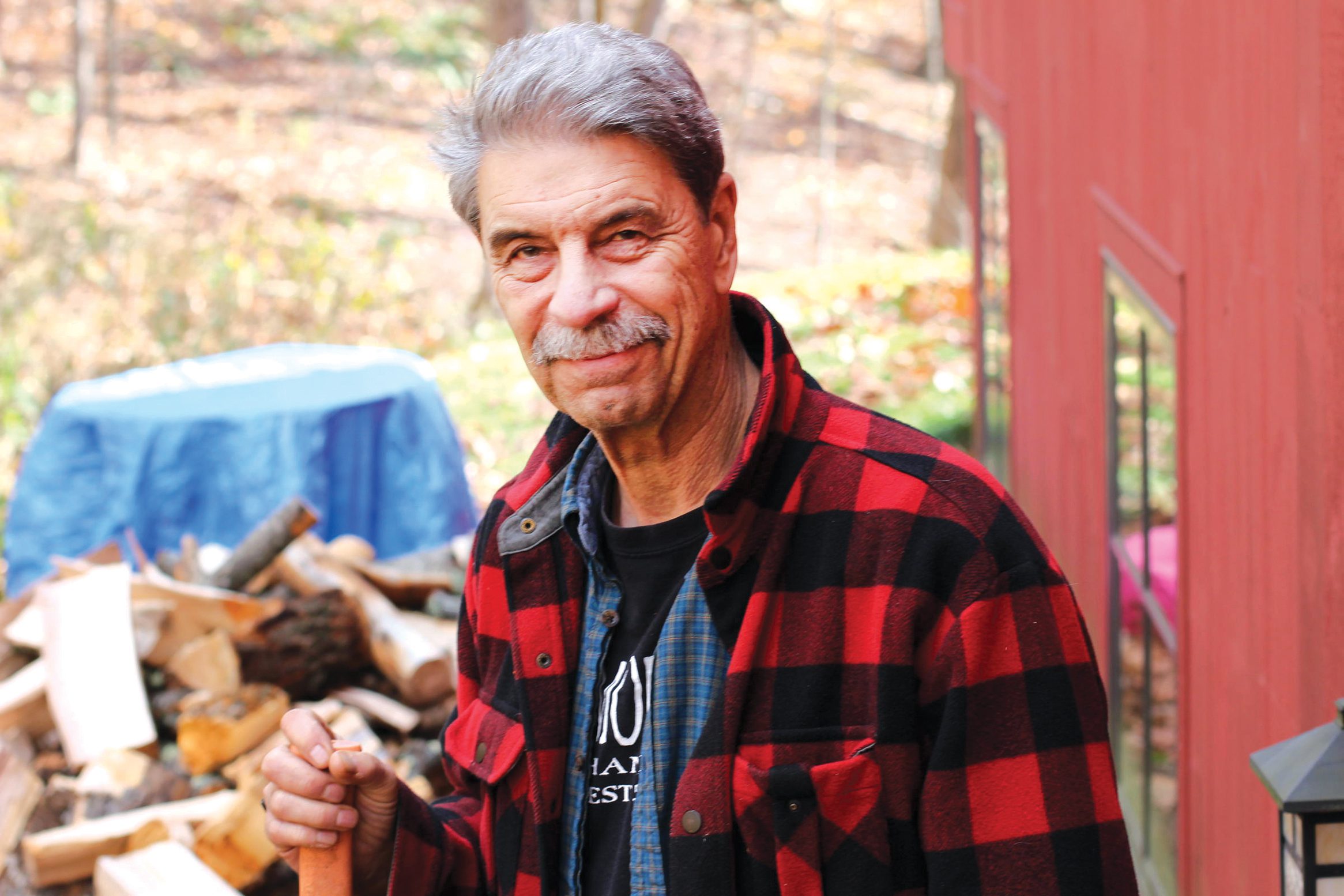 One of my favorite writers is Ernest Hebert, author of seven novels in his Darby Chronicles series, and a number of other works of fiction. Hebert grew up in working class Keene, N.H., and writes authoritatively about this section of New England. He taught for many years at Dartmouth College and declares on his Dartmouth webpage: “It’s been my mission as a novelist to write about working people without idealizing or demeaning them.” He knows whereof he writes.
Just about my favorite novel ever is his “The Dogs of March,” with its unforgettable protagonist, Howard Elman. By the end of the Darby series, “Howard Elman’s Farewell,” Howard has overcome his illiteracy and has fallen in love with words and wordplay. He loves driving in his car, finds it exhilarating, “which is why” he says, “they call the gas pedal the exhilarator.”
Someone once told me, I can’t remember now just who, that when Hebert has an idea for a novel, he climbs in his car and points it west from New Hampshire — and just drives, with no particular destination in mind.
He drives through the day, I was told, then stops when he is ready and gets a room and writes about where his road thoughts have taken him. No hurry. He gets up in the morning and heads back out again. There’s something about being in the car, without distractions, that stimulates his creative juices. He’s on the road, on his own, in his car.
I can relate. The car is something of a refuge for me, a self-contained space, simple enough, safe in an elemental way. When I am alone in my car, I do some of my best, most concentrated thinking.
For the longest time I didn’t know if the story of Hebert’s unusual process was true or not. Nonetheless, I shared it with my students whenever I taught “The Dogs of March,” which I did a half-dozen times in a course called “Roads Less Traveled: Literature and Culture of Northern New England.”
I loved this story of Hebert’s process. It seemed so idiosyncratically American: the car, the open road, reflecting Kerouac, Steinbeck, and so many other American writers who have embarked on cross-country journeys of discovery, “lit out for the territories” for purposes various and obtuse. The picaresque, the “on the road” tale, is a natural form for the American writer.
American poet Paul Zweig wrote about his journey by car across the Sahara Desert in a book he called “Automythology: Three Journeys” — what an apt term, “Automythology,” for a writer in a car on a journey, combining “autobiography”/”automobile”/”mythology.”
Turns out, the Hebert road story is true, more or less. One night, while I was watching a Red Sox game on TV, surfing the internet, I found a video from New Hampshire PBS — and there he was, talking about hitting the road to write his novel.
The car trip, Hebert explained, is the second part of a three-part creative process. First, he works on character, building up “a database of information” about the figure who will absorb the greatest focus. “The first time,” he said about writing “The Dogs of March,” “I had a huge amount of information about the character, but I didn’t have a plot.
“The hardest thing a writer does is writing a plot,” Hebert says in this PBS conversation. “The car is the best place to ‘scheme,’ and scheming is what writing a plot is all about.”
“So one day I told my wife, I’m going to take a ‘road trip’ to plot this book. I got in the car with a yellow legal pad and a tape recorder and drove all day and stopped in Delaware at a campground and typed up my notes. By the time I got to New Mexico I had a plot, so I turned around and came home.”
“The third part,” he says, “is all about language and that is the most pleasurable.”

Those of us who purport or aspire to be writers, at whatever level, can use an Ernie Hebert Car.
It needn’t be an actual car, but a place that serves the same purpose, a place of idiosyncratic security, a comfort zone, a place that attracts our muse (maybe even gets her to stay a while), “a room of one’s own.”
This sanctum sanctorum needn’t be far away physically, but at the same time it should be far enough from “the madding crowd’s ignoble strife,” — a setting that inspires thoughtful expression.
Writing is hard, if we really care about the words and their order, and the impression they create, especially in this time of information overload when craft is sacrificed to speed. We need to find a port in the storm.
I encouraged students to adopt a Platonic view of the paper they were writing (what do I know about Plato!): I told them the perfect paper exists in another realm, and we have to aspire to a state of grace to bring it in and make it flow. Sometimes this perfect work will come to you in bits and pieces, words, phrases, sentences; sometimes in bigger clumps, rarely if ever all at once — that would be almost too hard to bear.
When I first started teaching English, in secondary schools in Maine and Ohio, and then later at Middlebury College, I presented to my young charges the LMPP, “the Lindholm Method for Perfect Papers.” It was a silly thing, mostly tongue-in-cheek, a 10-step process, making a point: the first few steps were all about Preparation, the last few steps all about Revision.
Step No. 3 was “MULL.” I told my students, who were mostly writing critical essays about literature, they had to “mull” a paper before sitting down to write it. They needed to think about it.
Who has time to think? The academic schedule of students rewards the multi-taskers, those clever jugglers who can keep many balls in the air (classes, extra-curricular activities, a social life). It’s hard to find a time to mull. There are deadlines to meet and consequences for missing them.
Of course, there comes a time when the “car” is in the shop, the muse is being recalcitrant, the mulling has run its course, and we must sit down and get to work.
But in the meantime, fellow schemers, scribblers, and ink-stained wretches, get in your car, your Ernie Hebert “car,” your secret place, hit the exhilarator, and drive “west,” mulling and writing.
And enjoy the ride!
Karl Lindholm, Ph.D, is the Emeritus Dean of Advising at Middlebury College. He has been writing a sports column for the Independent for two decades.