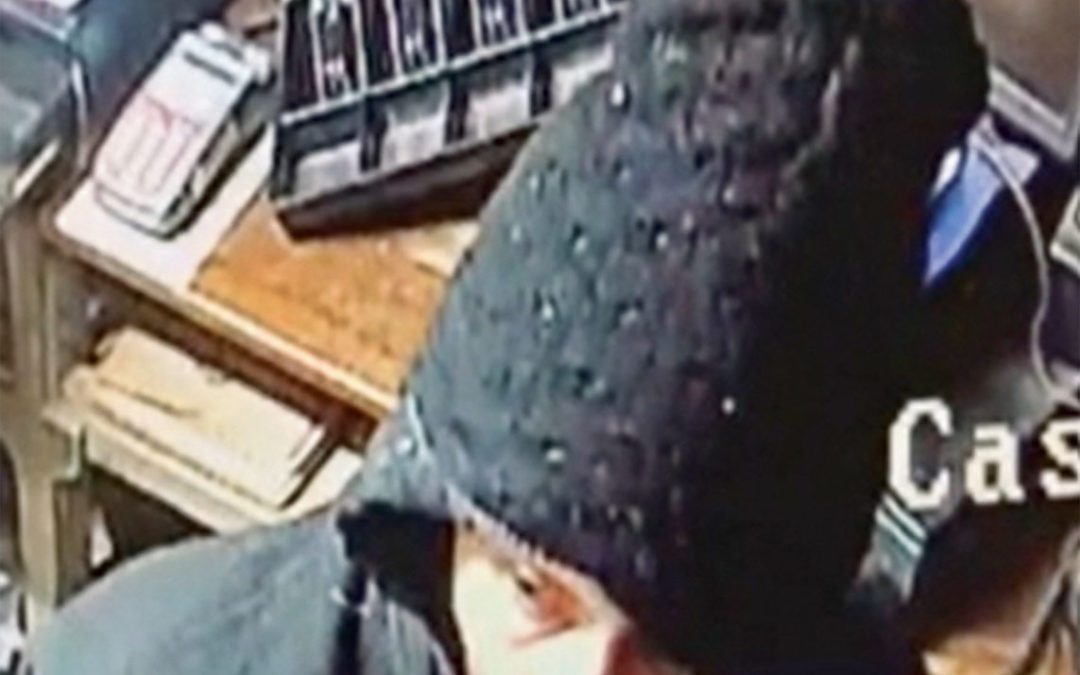 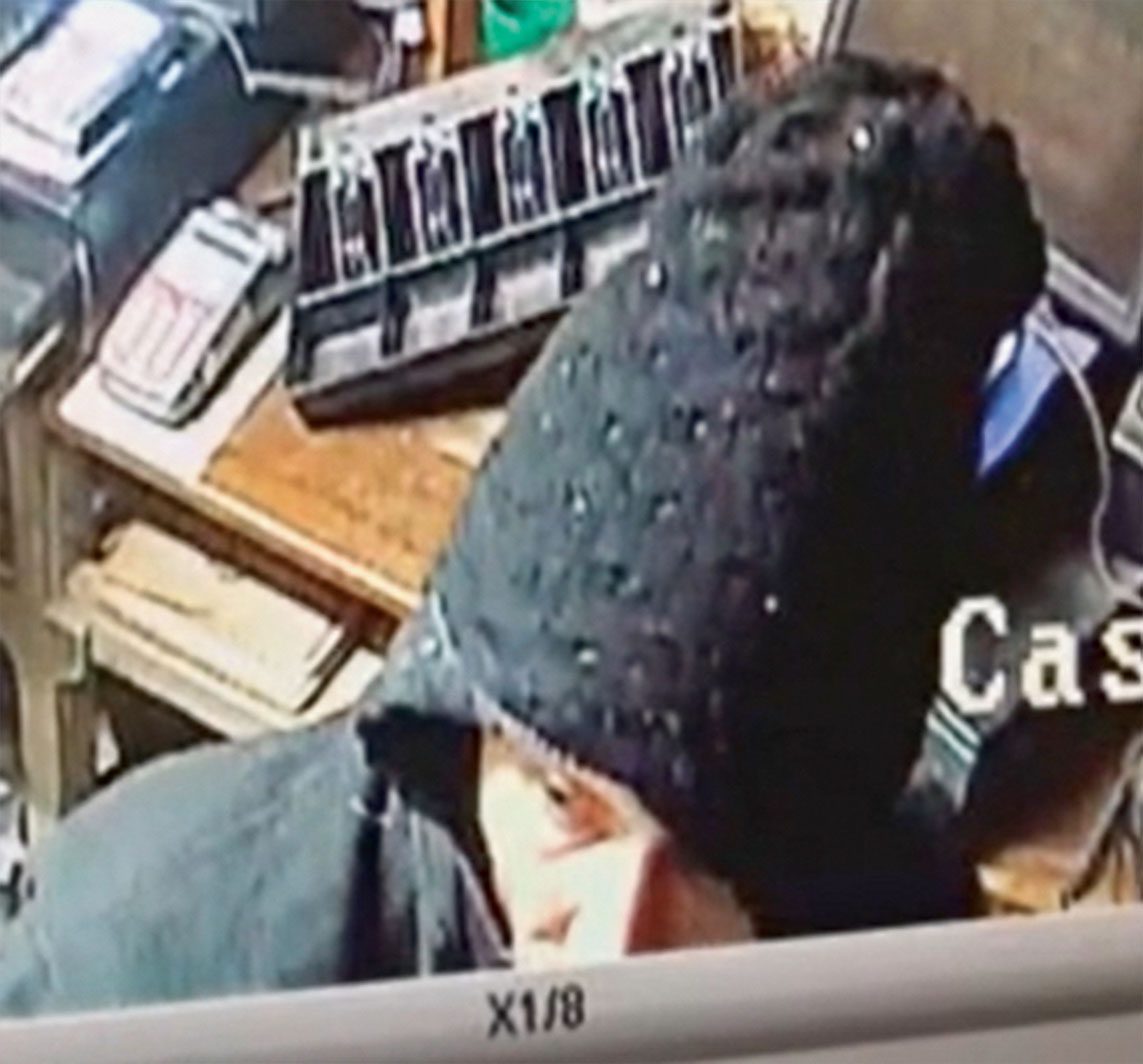 A MAN WEARING a black knit cap and sporting a distinctive moustache was caught by surveillance camera during a burglary at the West Addison General Store early Sunday morning.

ADDISON COUNTY — Vermont State Police are trying to find the burglars who broke into West Addison General Store — WAGS — this past Sunday morning.
At around 4 a.m. on Feb. 16, several motion alarms at WAGS alerted state police of an intruder. When troopers got there, they found that someone had forced their way into the story via the front bay window.
Their initial investigation indicated that a least two people entered the business and stole an undetermined amount of cigarettes and beer. The subjects quickly departed the area in an older green Subaru, possibly a Legacy or Outback. This incident is still in the early stages of the investigation.
Police are seeking assistance from the public in identifying two suspects caught on camera. The first was wearing a black knit cap and heavy, dark clothing, appears to be older, has a distinctive moustache, and stands between 5 foot, 8 inches and 5 foot, 10 inches tall with a slim build. The second suspect was wearing a red mask or red face covering and dark clothing, stood 5 foot, 10 inches and 6 feet tall with a moderate to larger build.
Anyone with information regarding this incident is asked to contact Trooper Christopher Hein at the New Haven state police barracks at 802-388-4919. Tips may also be submitted anonymously by texting keyword VTIPS to 274637 (CRIMES).
In other recent activity, troopers:
•  On Feb. 10 at around 10 minutes after 6 p.m. received a report that 38-year-old Russell P. Tolas of Middlebury had violated an abuse prevention order by entering a Weybridge home from which he was prohibited by the court. Police investigated and then cited Tolas for violation of an abuse prevention order.
•  On Feb. 12 announced the results of an investigation that began nearly two weeks earlier. On Jan. 31 state police received a report of a theft at the Jiffy Mart on Route 7 in Ferrisburgh. Through the course of the investigation, troopers learned that someone had stolen a donations jar containing approximately $200 intended for Homeward Bound, Addison County’s Humane Society. Police said they reviewed surveillance video and determined the offender was Amos R. Higbee, 35, of Monkton. On Feb. 12 state police located Higbee and cited him for petit larceny.
•  On Feb. 14 at approximately 3:24 p.m. responded to a one-car crash on Snake Mountain Road in Cornwall. Troopers found a black, Jeep Renegade Nighthawk with moderate front-end damage off the roadway and against a large tree, but the driver was not around.
Police investigated and alleged that Ariel Farley, 27, of Weybridge was driving the Jeep southbound when it left the road and struck the tree head-on. Police said speed might have been a factor. They noted that Farley’s driver’s license was civilly suspended. Troopers located Farley and took her into custody based on an outstanding arrest warrant. She was lodged at the Chittenden Regional Correctional Facility for failure to appear at a court proceeding. Bail was set at $100.