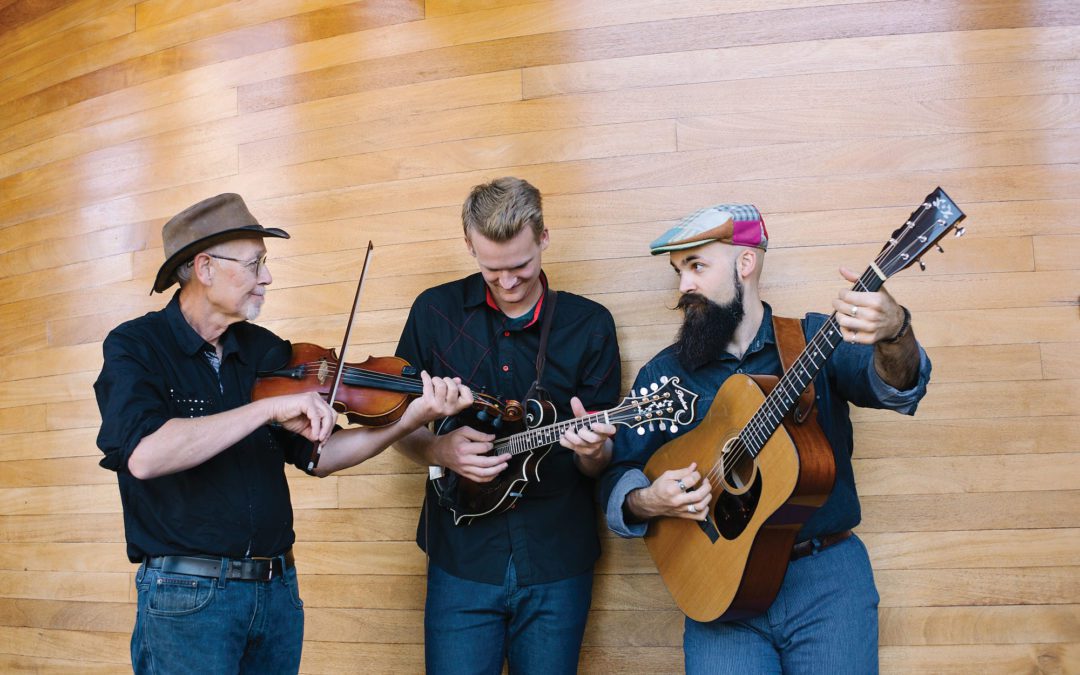 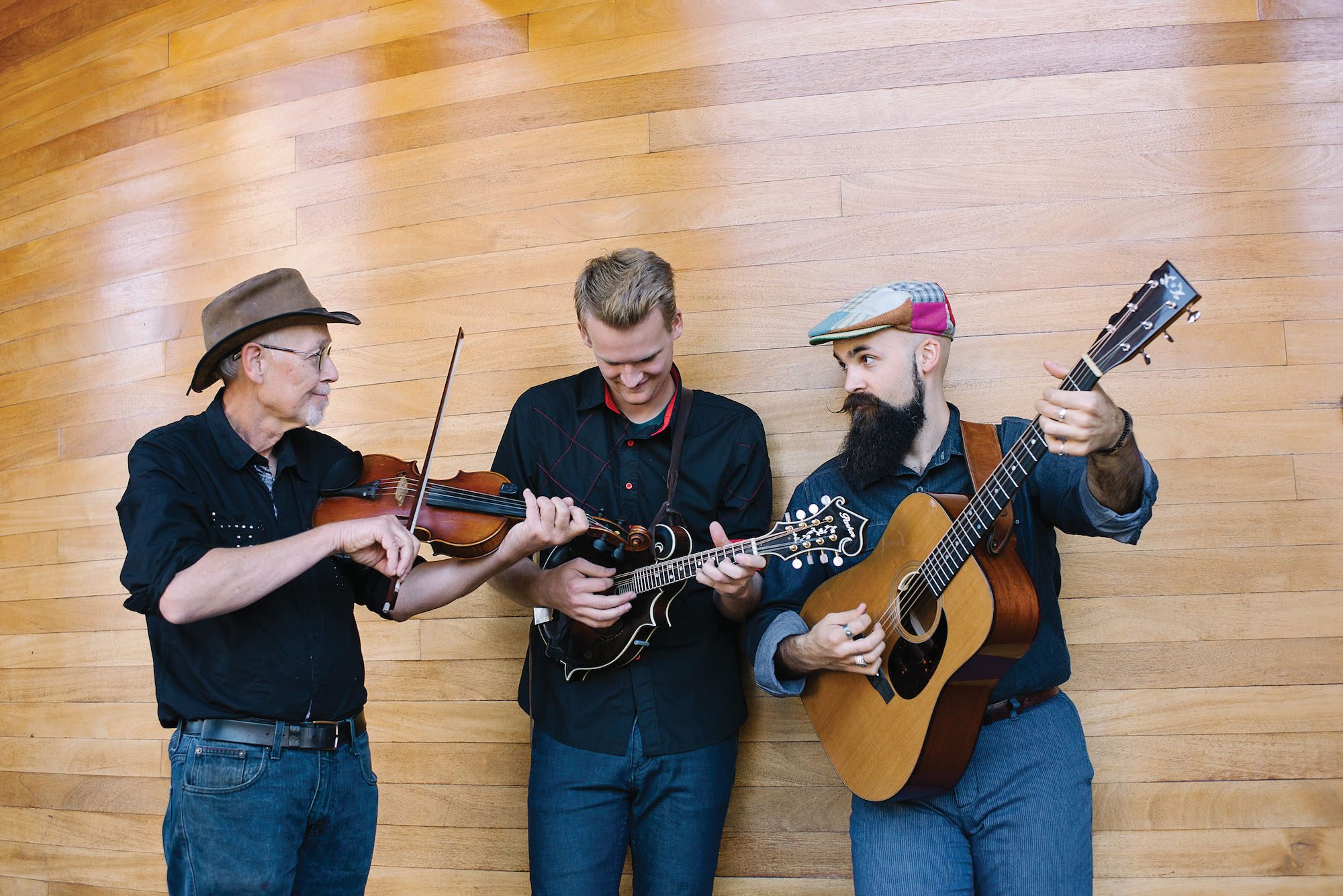 PETE'S POSSE WILL play in Lincoln for the Burnham Music Series on Saturday, Feb. 8.

LINCOLN — Vermont’s own trad-roots power trio Pete’s Posse will be performing for the Burnham Music Series at Burnham Hall on Saturday, Feb. 8. Composed of acclaimed musician Pete Sutherland, his talented protégé Oliver Scanlon and the uber-dynamic Tristan Henderson, Pete’s Posse never fails to surprise and excite. Twin fiddles in tight, wild harmony over high-powered guitar and pounding foot percussion with mandolin, clawhammer banjo, jaw harp, rocking keyboards and soaring vocal harmonies add color to the Posse’s sonic landscape.
With a steady flow of powerful uplifting energy that spans their age gap, they tap into many traditions from the north to south, and east to west, to distill a distinct sound that is completely their own.
Since 2014 the Posse has racked up over 150,000 miles of touring, released five albums, and played numerous festivals, including Shetland Folk Festival, Festival Memoire et Racine, New Bedford Folk Festival and others.
Come hear this magnetic trio at Burnham Hall, 52 River Road in Lincoln. Doors open at 7 p.m. and the show begins at 7:30 p.m. Admission is $10 for adults, teens and kids are free. Burnham Hall has handicap access, and refreshments will be served. For more information, call (802) 388-6863.
Pete Sutherland
A warm voiced singer-songsmith and accomplished multi-instrumentalist, Sutherland is known equally for his potent originals and his intense recreations of age-old ballads and fiery fiddle tunes. He has been on staff at dance and music camps coast to coast and is a widely known year-round teacher and performer at home. Sutherland is a veteran of many touring and recording groups including Metamora, Rhythm In Shoes, The Woodshed Allstars, Woods Tea Company, and Ira Bernstein’s Ten Toe Percussion and is a founding member of the long running ‘contradance jamband’ The Clayfoot Strutters. He is also a producer with over 80 projects under his belt, and a prolific songwriter covered by the likes of Cathy Fink and Marcy Marxer, Jay Ungar and Molly Mason, Nightingale and Altan.
Tristan Henderson
Henderson is dynamic. He played a variety of music genres before jumping into traditional music and is quickly becoming a sought after accompanist, session musician and performer. His unique ability to play any instrument with strings (and a few without) was set into motion when he picked up the guitar at the age of ten. An adventurous and powerful rhythm player who can also hold his own on melody, singing or picking, he never ceases to inspire with his boundless energy and joyful performances. Be prepared for a sonic immersion, as within his musical flair there are subtle (and not so subtle) nods to rock, jazz, funk and country. He was a 2013 winner of the Young Tradition Vermont talent contest with bagpiper Hazen Metro and in addition to Pete’s Posse he can be found performing anywhere else his diverse bag of tricks is desired.
Oliver Scanlon
A soulful multi-instrumentalist and spellbinding composer, Scanlon began his journey of musical discovery playing the viola with the Vermont Youth Orchestra when he was nine. Shortly after he was introduced to his mentor Pete Sutherland and the immense parallel universe of fiddle music. His keen interest in fiddling led him to seek out further learning and performing opportunities through Mark Sustic’s “Fiddleheads” program, and soon he began attending music camps where he studied various styles with Alan Jabbour, Kimberley Fraser, Andrea Beaton, Eric Favreau and other master fiddlers. In 2008, Scanlon and few talented middle school friends formed a group, The Irregulars, a six piece outfit that has played scores of local dances and festivals, and took first prize in the 2011 Young Tradition Vermont talent contest. Then in 2013 he became the youngest member of Sutherland’s long-running dance band The Clayfoot Strutters. He released his solo album “The Pond Jam” in 2014, which was both his senior project before graduating high school and a testament to his passion and artistry. Recognized not only for his mesmerizing playing, but also for being a meticulous sound tech, Scanlon stays quite busy when not on the road with the Posse.