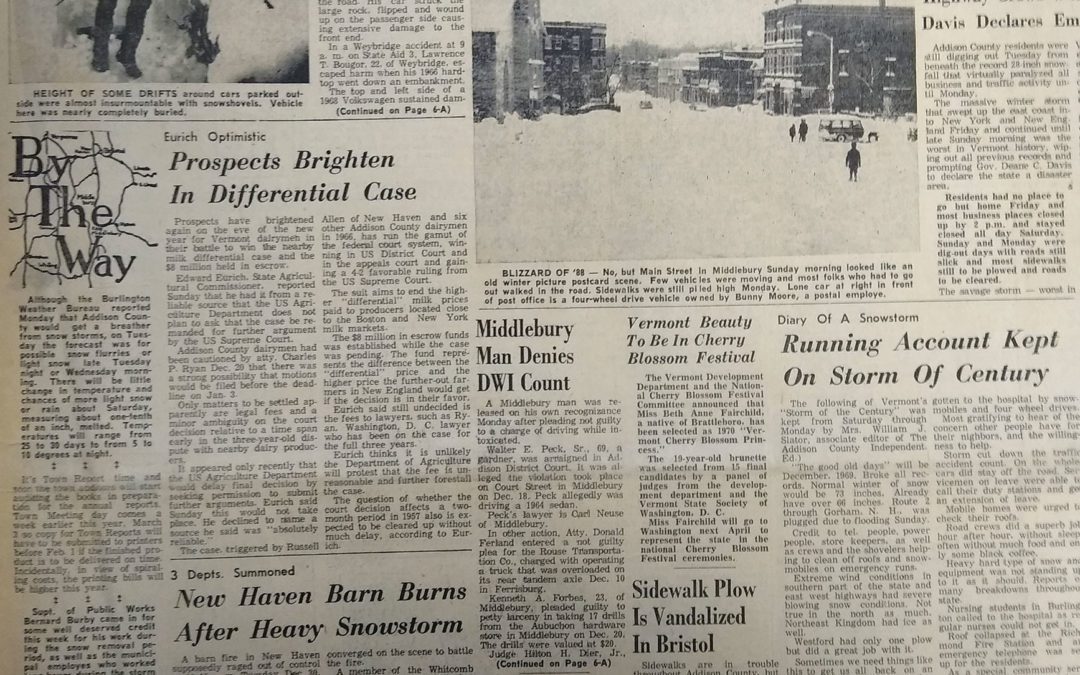 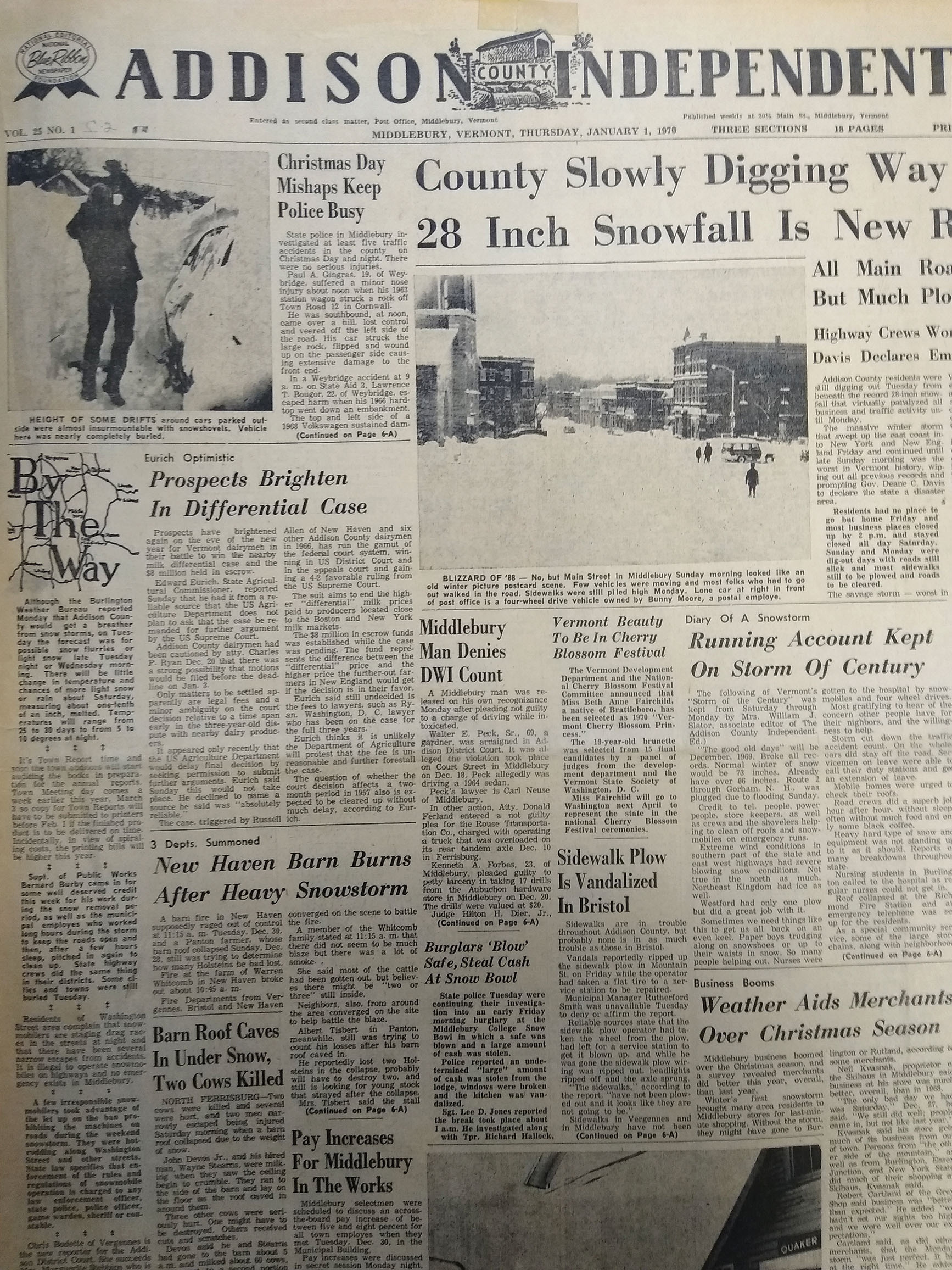 Fifty years ago this week, newspaper readers in Addison County were seeing some stories that would still have resonance in 2020. Here are some of the top stories that appeared in the Jan. 23, 1970, edition of the Independent:
• Even 50 years ago, parents complained about the rising costs of a college education. One article lamented: “If your son or daughter plans to live away at a private college, you’ll need close to $4,000 just for tuition and board this year!”
• Associate publisher and editor of the Independent Celine Slator was elected secretary-treasurer of the New England Press Association, becoming the first woman to hold elected office in that organization.
• Burglars broke into the Goodro Lumber Company in East Middlebury, where they stole two sledgehammers and two crowbars. The newspaper reported that they then used the sledgehammers to smash through a wall at Middlebury Bowling Lanes and steal $1,300 from the business.
• The Vergennes mayor and fire chief were angered when the Young Fire Equipment Co., which the city had contracted with for a new fire truck, requested $2,000 more than their original agreement. The bigger bill was to cover adjustments to the truck that Chief Ralph Jackman claimed had been written into the original agreement between the Young Co. and the city. Among these extra costs was a $46 charge for a license plate bracket.
• Raymond and Elsi Birchmore of Addison received the Outstanding Conservation Farmer Award at the first annual meeting of the Otter Creek Natural Resources Conservation District. Also at the meeting, district members were told that their “apathy” towards conservation efforts and failure to take an active part in identifying problems to be addressed could lead to the downfall of the organization. That dire prediction turned out to be false, however, and despite fears of apathy the Conservation District is still going strong in 2020.
• At a Middlebury College symposium on the growing national drug problem, keynote speaker Loretta Semple of California urged locals to “stop trying to place the blame and instead focus on finding solutions.” She told the crowd that the key to solving the drug problem was education, rehabilitation and a better understanding of the problem. She warned against studies performed by biased researchers.