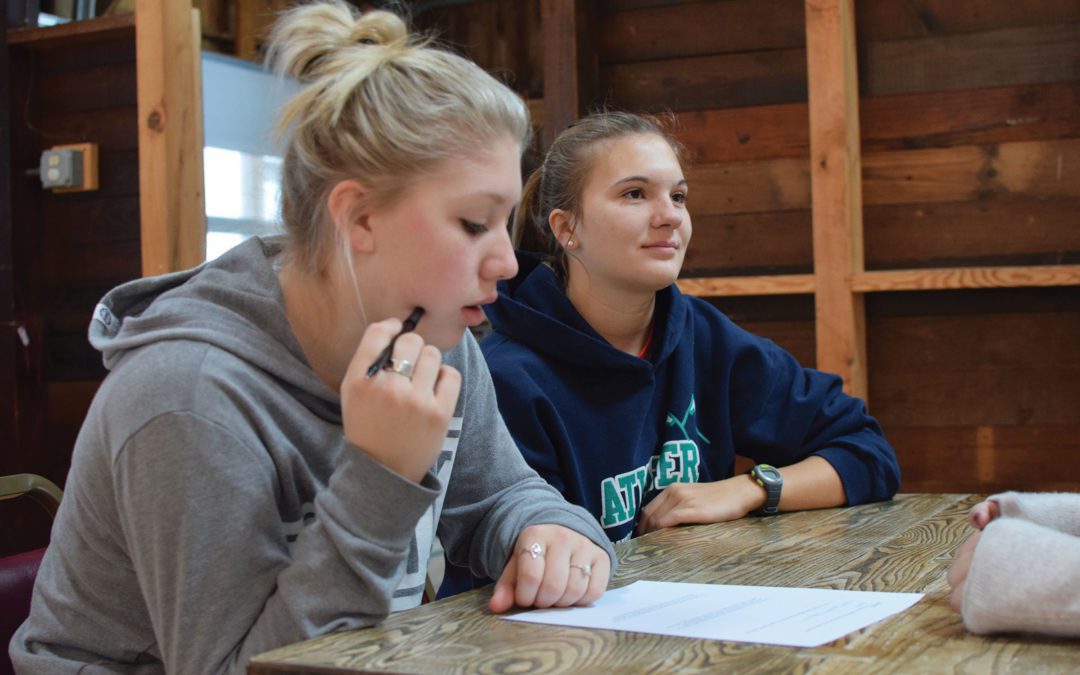 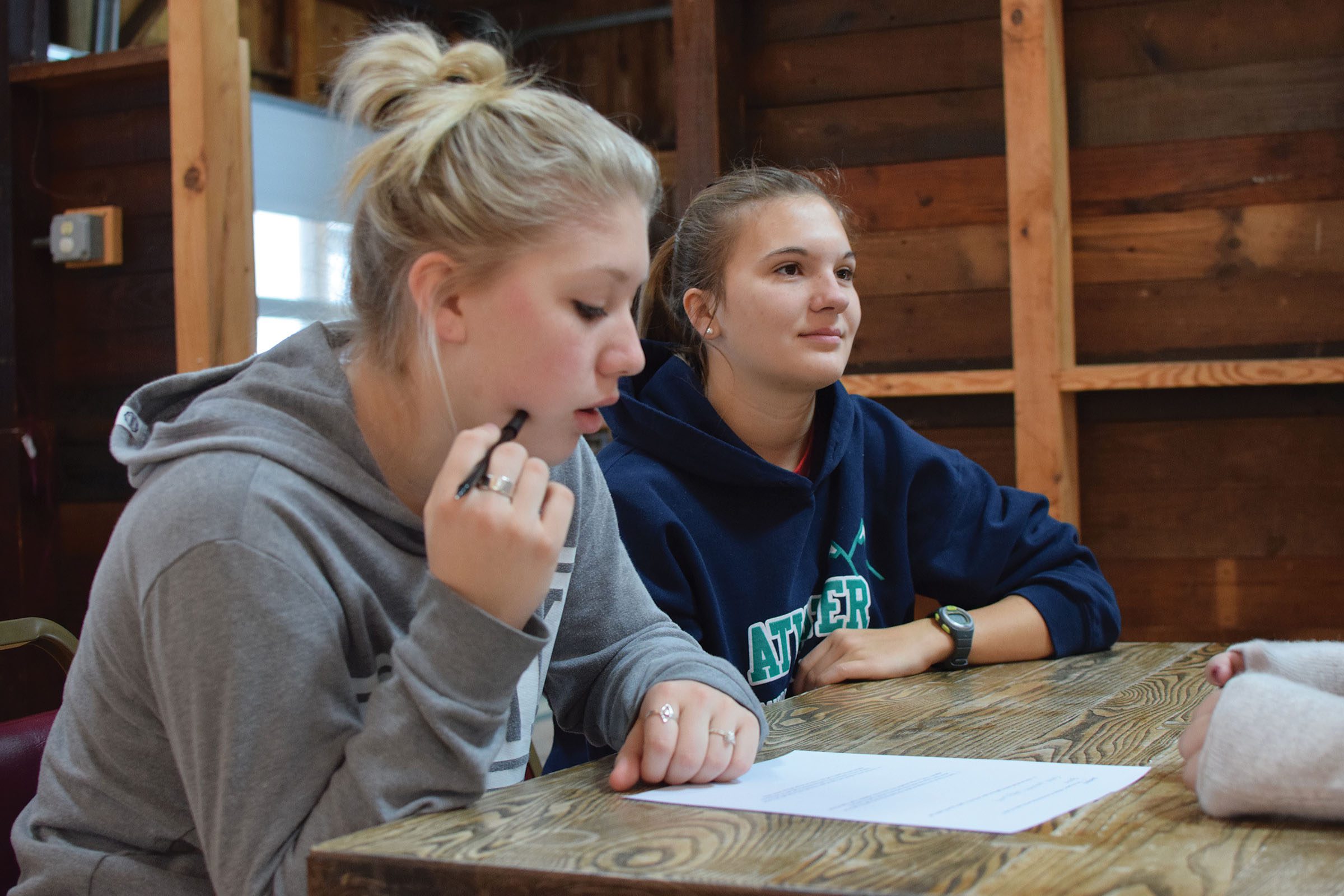 KATELYN BROWN, LEFT, from the Danville School and Mary Nagy-Benson, from Middlebury Union High School, discuss their films at a work session last year. Vermont youth filmmakers will debut their films at MountainTop Film Festival in Waitsfield on Sunday, Jan. 19, at 4 p.m.

WAITSFIELD — The 17th annual MountainTop Film Festival in Waitsfield will, for the first time, feature a selection of documentary films from Vermont youth. Festival organizers have selected five short films created through the “What’s the Story?” program, a free course open to all Vermont secondary students (whatsthestoryvt.com). The festival is hosted by Big Picture Theater in Waitsfield, and the youth-films will be screened Sunday, Jan. 19, at 4 p.m.
The five short films: “Breaking Binary,” “Dear Daughters,” “Foster Care: A New Beginning,” “Got Guilt?,” and “Preserving the Heart of Vermont” are the work of students from around the state, including two students from Middlebury Union High School.
MUHS student Mary Nagy-Benson co-created the film “Preserving the Heart of Vermont” and MUHS student Anna McIntosh was a co-creator of the film “Dear Daughters.” Each film investigates a current issue in Vermont that was selected by these youth leaders: gender identity and expression in schools, body image, the foster care system, animal cruelty, and the challenges of farming. Following the films, a panel of the young filmmakers will answer questions and share stories about their films and their filmmaking experiences.
The young filmmakers are excited to screen their documentaries for the general public. Kaitlin Emerson, who co-created the film “Foster Care: A New Beginning,” said she was grateful for the opportunity “to share a powerful message with a broader audience.” She added, “this film isn’t about us. It’s about the brave individuals that were willing to share their stories and the kids with stories of their own who might be watching and realizing that they aren’t as alone as they thought.” The “What’s the Story VT” students spent a full school year on their projects collaborating in small groups with students from multiple schools.
“Preserving the Heart of Vermont” was a first-prize winner in the 2019 Freedom and Unity Youth Film Contest, and other “What’s the Story?” films have been screened at the Boston International Kids Film Festival and the Castleton University VideoFest.
For more information about the debut of these films or the program, contact whatsthestoryvt@gmail.com.