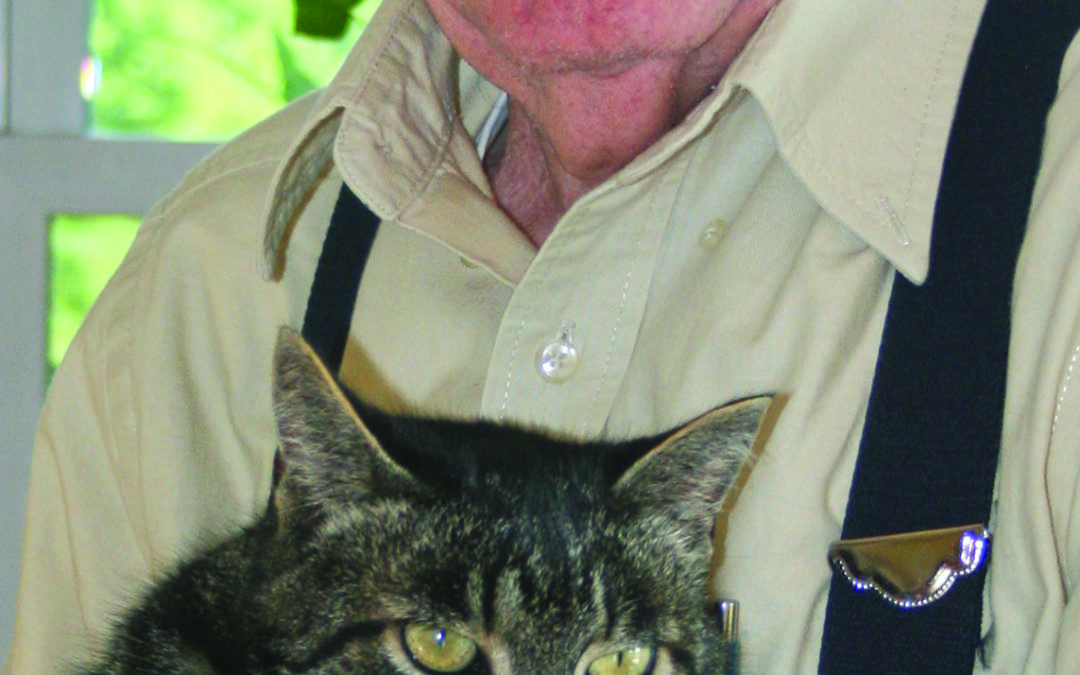 ESSEX JUNCTION — Arthur Raymond Lord, 93, of Essex Junction, Vt., (previously Lyndonville and Ripton, Vermont) died at the McClure Miller Respite House in Colchester on Dec. 24, 2019, as the result of a fall after three years of declining health.
He was born in Hanover, N.H., on Aug. 10, 1926, the first child of Ernest Raymond and Bertha Lord (née Bertha May Hawley), then of Plymouth, Vt. His parents immediately took him to the Green Mountain State, where, aside from military service, he lived for the rest of his life.
Arthur spent his childhood and youth in various towns in Windsor County. His family’s poverty during the Great Depression meant that he was sent to work at the Green family farm in Hartland at the age of eleven and spent so little time at Woodstock High School that no record remained of his attendance. The World War II years brought Arthur employment as a machinist at Cone Manufacturing in Windsor and a life-long fascination with cars, the first of which he built from scavenged parts due to rationing.
In 1944 he enlisted in the U.S. Army, where he served as a company runner in Europe, including the Battle of the Bulge. He survived the war in reasonable health physically, only to suffer a severe concussion and other injuries when he was called to repair a telephone line in Germany shortly afterward and ordnance at a nearby munitions depot exploded. This adversity was the biggest cause of his later hearing loss.
After demobilization, Arthur contacted Gracile Flower of Hartland Four Corners, who had sent a letter to him in Europe. This meeting led to marriage in 1949. Meanwhile, his work as a surveyor and draftsman in Woodstock did not satisfy his insatiable curiosity. Encouraged by his employer, Gracile and other relatives, he passed the G.E.D. and enrolled at the University of Vermont on the G.I. Bill, an extraordinary feat at the time. In 1952 he graduated with a bachelor’s degree in education, with an emphasis on engineering and mathematics.
Arthur’s career as a high school teacher of drafting, building trades, and mathematics took him to Proctor High School, Lyndon Institute, Spaulding High School, and Middlebury Union High School, from which he retired in 1986. In addition, Arthur designed and oversaw the building for a wide range of clients of more than twenty houses, as well as other structures and additions. These projects included two homes for his family. He maintained his business, A.L. Designs, into his early eighties. He also worked at Gracile’s Robert Frost Mountain Bed and Breakfast, surrounded by perennial gardens, cats, and dogs. His expertise led him to chair the Ripton Planning Commission for several years.
Arthur’s avocations included sailing and accompanying soaring pilots. He was an environmentalist and proponent of renewable energy, particularly passive solar design. His joint passion for motor vehicles and conservation led to a succession of Prius hybrids, which he drove as far as Virginia and southwestern Ontario, Canada, until he was eighty-eight. He purchased his last Prius at the age of ninety.
Arthur was a classical music aficionado and a voracious reader, especially in archaeology, architectural and social history and studies of Calvin Coolidge, who had given Arthur an ice cream cone as a toddler. Arthur’s religious commitments included the First Universalist Society of Hartland Four Corners, the East Middlebury Methodist Church, and the Ripton Community Church, where he could be found stoking the fire on cool summer mornings.
After Gracile’s death in 2006, Arthur reconnected with Ruth Allard, a family friend and former colleague from Lyndonville. Marrying Ruth in 2007, he settled into her home, where they shared an interest in autobiographical story writing and were active in the North Danville Baptist Church. They moved to Mansfield Place in Essex Junction in the spring of 2019.
Arthur was predeceased by his parents and two of his sisters, Barbara Carbino and Amber Stebbins (Smith). In addition to Ruth Allard, he leaves his daughter from his first marriage, Kristin Lord, his son-in-law, Christopher Small, and granddaughter Helen Small, all of Elora, Ontario, Canada; Ruth’s children Dorothy Allard (Bill Martin) of Laconia, N.H. and David Allard (Judy Allard) of Lyndonville, Vt., and their families; siblings Ernest Lord (Colleen) of Punta Gorda, Fla., Gladys Stanley of Bradford, Vt., Margaret Smith of Perkinsville, Vt. and Earl Lord (Annette) of Culpeper, Va.; many nieces and nephews, and the extended Flower and Small families. His numerous friends cherish memories of his generosity and his knowledge of traditional building construction.
The family thanks the many caregivers who enhanced the quality of Arthur’s last year. Cremation has taken place under Sanderson Funeral Service of Middlebury. There will be a celebration of life at a future date, followed by interment of ashes in the Hartland, Vt., cemetery.
In lieu of flowers, donations may be made to the UVM Fund at the University of Vermont, the McClure Miller Respite House, or a charity of your choice.
Online condolences at sandersonfuneralservice.com.◊