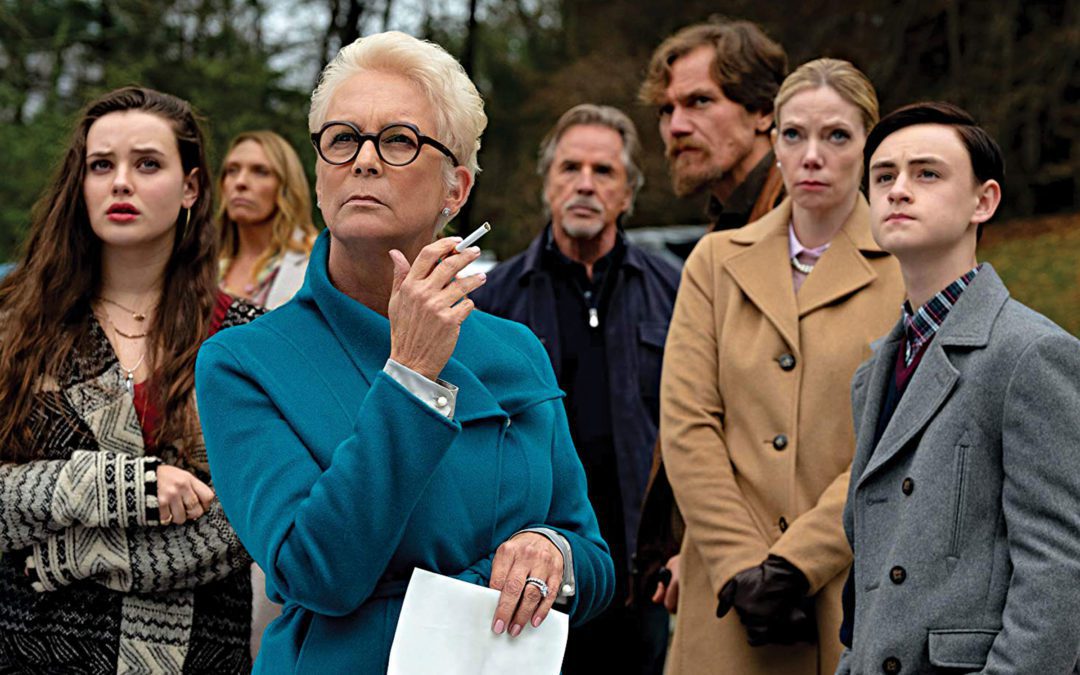 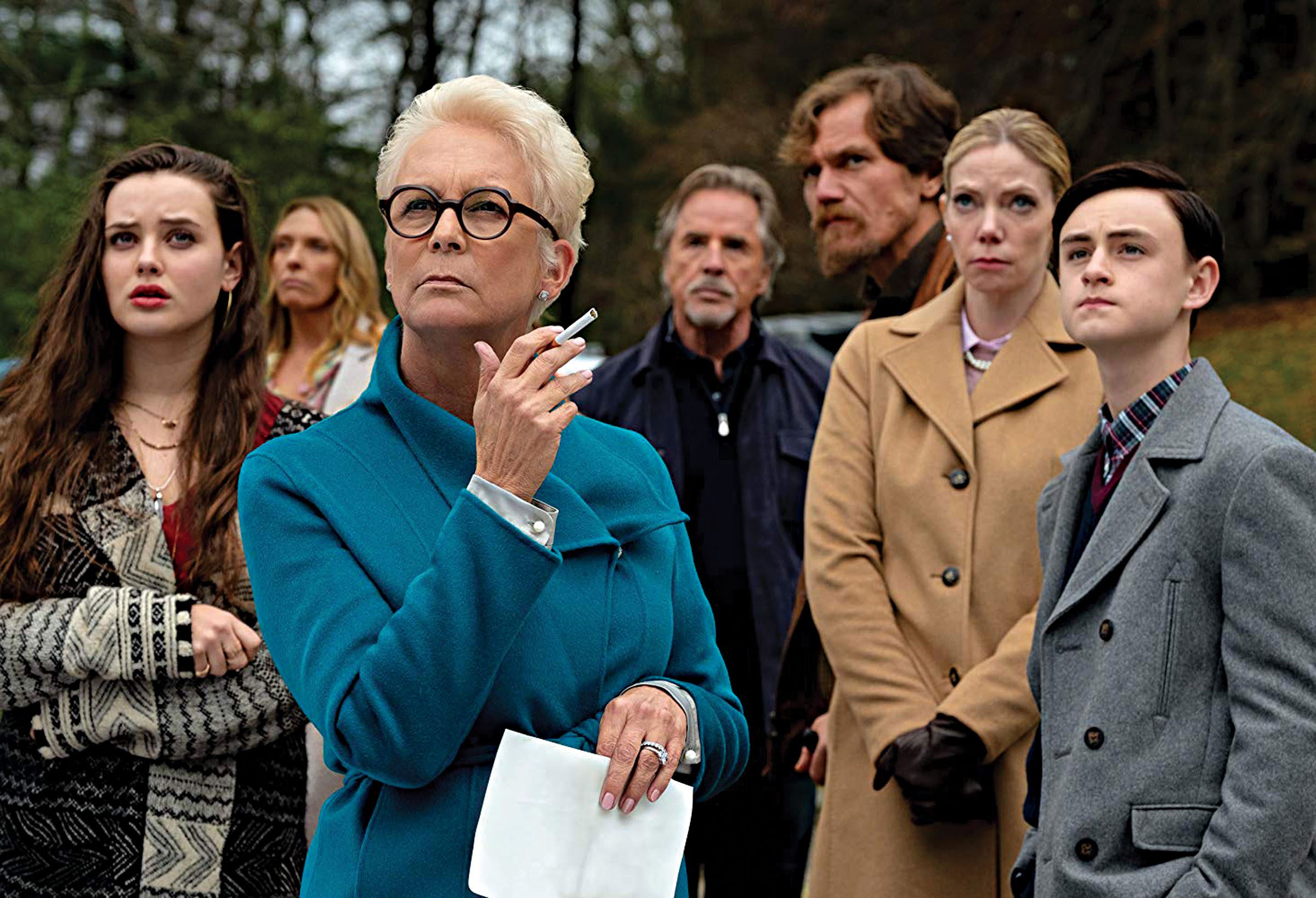 Knives Out — Running Time: 2:11 — Rating: PG-13
See “Knives Out” when you’re in that blissful movie mood of wanting to sit in the dark waiting to be transported to a different time and place. Actors, writers, and director Rian Johnson all moved together on this one to create a place we have never been before and it is magical. Let the mood roll over you slowly.
Mystery writer Harlan Thrombey (Christopher Plummer) has been found dead in his home of a head wound at 85. As police stand on the scene, Detective Benoit Blanc (Daniel Craig) investigates Thrombey’s dysfunctional family and devoted staff. All had gathered for the old man’s birthday. We quickly begin to see that nothing here is ordinary.
In an atmosphere of other worldliness, every room in the house is full of odd, unexplained furnishings and possessions of the dead man. His family is rather ordinary, but his surroundings are eccentric. As we are pulled into this strange story, the inventive filming drops us quickly into wondering where we are being taken by this family.
We fasten quickly on the girl we met in the first scene, who was hired to take care of Mr. Thrombey while he lived alone in his old mansion. Young Marta Cabrera (Ana de Armas) is his young nurse and in the first scene we watch her set the stage for everything that follows. Detective Blanc absorbs the atmosphere and the family quietly as police do their ordinary investigative job.
Who killed Harlan Thrombey? As we are introduced to each family member, we realize they are individual nut-cases, more politely, eccentrics, and we watch detective Blanc as he quietly absorbs the family one by one in his search for the killer. Every one of the dead man’s adult children wants the inheritance.
Because we in the audience know from the beginning how the old man died, we never have to wonder about that. Instead we concentrate entirely on the behavior and personalities of the family as detective Blanc tries to unravel the mystery. Watching the clues build is such fun that I’ll give no details here. All that is building at the same time in the mind of detective Blanc as he watches the behavior of the family and nurse Marta.
The whole is beautifully filmed. A car chase, the mansion’s interior, the strange family — none of it is ordinary and we feel we are in some unknowable world that is riveting our attention. That’s it. The movie feels as if it’s made in another time in another world and we are in that world, while the detective tries to unravel the complex reality of what surrounds him.
Look forward to fine performances and to a final scene that is a sharp, sophisticated thrust by the reality of what we have been watching. All the experts who made this movie knew exactly how to design something that would stun us. Fun, curiosity, suspense, talent? It’s all right there in this non-violent murder mystery.
— Reviewed by Joan Ellis