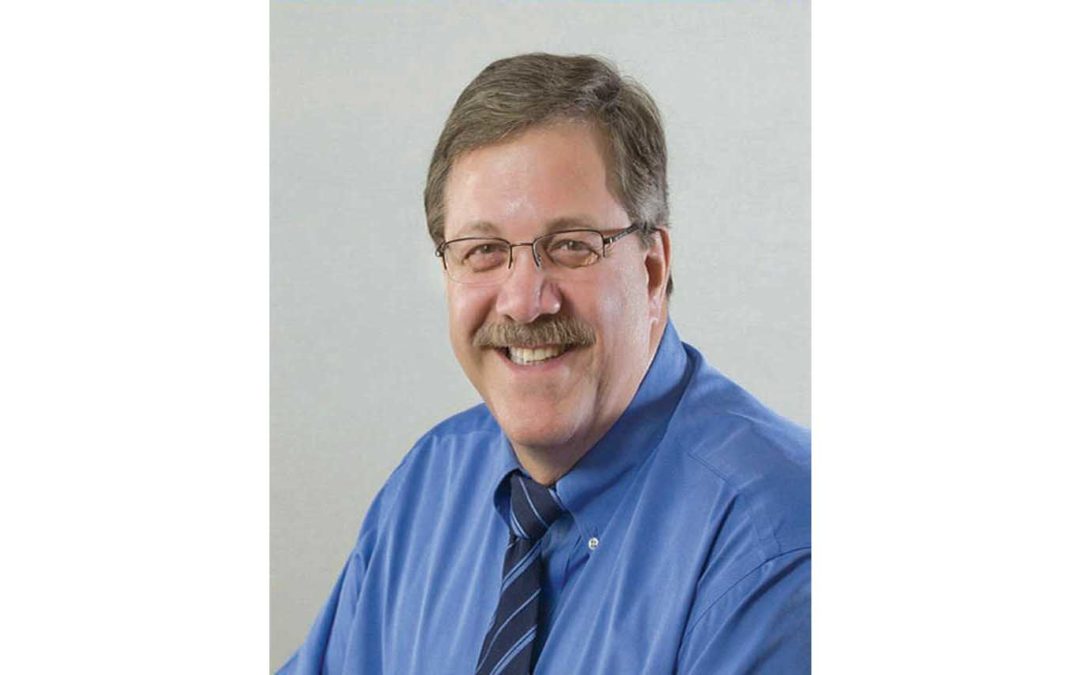 MIDDLEBURY — Vermont Secretary of State Jim Condos brought his “2019 transparency tour” to Middlebury on Tuesday, a biennial visit designed to drill town officials on the information they must share with the people who elect them and/or pay their salaries.
And Condos’ message — delivered at Middlebury’s Ilsley Library to just two Waltham officials and this reporter amid the first snow of the season — was consistent: The custodians of state and local records must share all information — except for special circumstances outlined in Vermont’s transparency laws, its Public Records Act, and its Open Meeting Law.
“Open meeting and public records laws protect our direct access to the decisions that affect us,” Condos said. “Understanding these laws makes everyone a better citizen.”
The Vermont secretary of state, among other things, administers Vermont’s elections, oversees campaign finance reporting and lobbyist disclosure laws and encourages civic participation. The office is also called upon to weigh in on purported violations of the Open Meeting Law and records requests.
Condos, during his 90-minute appearance in Middlebury, emphasized such points as:
• A meeting constitutes a quorum of the public body in question. For example, if it’s a five-member selectboard, a quorum is three members. A quorum is four of a seven-member board, and so on. And Condos stressed a “meeting” can occur regardless of its location, and must be warned (through local newspaper or radio station) within 48 hours — or at least 24 hours, if it’s a specially called meeting.
• Every meeting must generate minutes by a designated minute-taker. And those minutes — which at minimum must provide an account of those present, motions and proposals. Resolutions and voting results — must be made available to the public within five calendar days of the meeting. They must be made available for inspection upon request, and posted to the municipal website (if one is maintained by the community).
The Vermont League of Cities & Towns has gone on record advising communities to deactivate their websites as an alternative to meeting the law’s five-day posting requirement. Condos opposes that suggestion, and noted that draft meeting minutes can be uploaded to a website with a few key strokes.
• Boards are free to conduct all their business in public. But should they want to meet in secret, they can only do so if their reason fits 14 specific executive session categories in the Open Meeting Law. The acceptable reasons (which must be stated before going behind closed doors) include executing real estate purchase options, dismissal of a public officer or employee, student discipline, arbitration and mediation.
But Condos said the board must return into public session (and publicly record) any vote that results from their secret discussion.
“Meetings held without respecting the details of the law may be illegal, and the courts may regard any actions taken in those meetings as voidable,” Condos noted.
“More importantly, illegal meetings offend our notions of openness, accountability (and) our democracy.”
• While state and local officials have the right to charge a per-page fee for photocopying public documents, they can’t charge a fee to people who choose to photograph those documents.
Vermont Attorney General TJ Donovan has put that principle to the test at his office, however. As recently reported by VTDigger, Donovan’s office last month issued a directive that “Any requester who elects to inspect public records shall not make electronic copies or photocopies of the inspected records unless the requester is willing to pay applicable charges. This prohibition includes, but is not limited to, the use of scanning devices, thumb drives, cameras, or cell phones during inspection.”
This policy has been assailed by the Vermont ACLU and the state media, and appears to run afoul of a state Supreme Court decision on the appeal of Reed Doyle v. the Burlington Police Department. The ACLU-Vermont represented Doyle, a Burlington man seeking body camera footage of alleged use of force in 2017 by Burlington police against children of color, according to an Oct. 10, 2019 Digger article.
“An agency that denies access to non-exempt public records may face litigation and could be charged the requester’s court costs,” Condos said.
Middlebury was one of nine communities on Condos’ transparency tour. He’s next headed to Brattleboro (Nov. 13) before wrapping up the tour on Nov. 21 in St. Albans.
“Vermonters deserve openness and transparency in government,” Condos said. “By educating municipal and state employees, elected officials, and engaged residents on the requirements of government under Vermont’s Open Meeting Laws and the Public Records Act, I hope to help government officials of all stripes better serve Vermonters.”
Reporter John Flowers is at johnf@addisonindependent.com.