Ways of Seeing: Our big house served its purpose 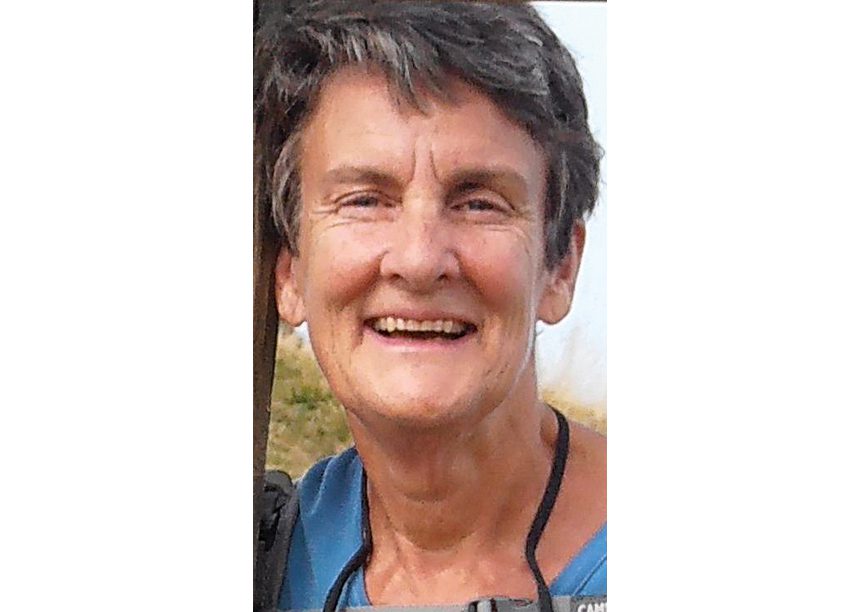 Ways of Seeing: Our big house served its purpose

We first noticed the house while driving back and forth from work in Middlebury to our rented apartment in Sudbury. Red brick, out in the country, with lots of windows facing Route 30. For sale by owner. “What a nice house,” I would say to my husband Bill. “What a nice house for a big family.”
And then we took in two teenage foster sons, and suddenly we were a big family. So I stopped one day and knocked on the door. Ten minutes later I was totally in love, and in a few weeks we owned an old brick house in Cornwall, which would be our home for 45 years.
When Bill and I decided to move to Vermont instead of stay in Washington D.C., we said we would do all the country things that we couldn’t do if we had stayed in the city. It was the early seventies, and moving Back to the Land was popular among twenty-somethings. We knew we wouldn’t give up our day jobs, teacher and lawyer, but a part-time homesteading life looked like a great adventure.
With a borrowed rototiller we chewed up the back lawn for the vegetable garden and a little patch out front for flowers. I learned about gardening from books and neighbors. Old Joe Dapsis, down the road in the schoolhouse, was my best friend and guru for a few years. He knew how to do everything I needed to learn to do. Plant your tomatoes this far apart, and don’t plant them near the potatoes. Sprinkle salt on your cabbages and you won’t get worms. Put a radio in your corn patch to keep the raccoons away.
You could order just about anything from the Sears catalog in those days, including day-old chicks, which arrived at the Middlebury post office the next spring in a wildly cheeping cardboard box. With a quick renovation to the garage, we had a coop for two dozen beautiful and productive Rhode Island Reds, and in a few months I began walking an egg delivery route around the neighborhood.
Producing eggs was easy; milk was harder. A friend offered a goat, but how would I learn to milk by hand? Louise Wilson had a small herd of cows, and she agreed to teach me in exchange for cleaning her barn twice a week.
So before dawn that winter I hustled the half mile north on Route 30 to Louise’s, shoveled out the gutters and dumped the manure on the outdoor pile, then cozied up to the back side of Chocolate Swirl and practiced the sequential squeeze of the hand milker.
One goat became three. Bill built a shed for them, and we had plenty of milk for three young children, plus extra to make some very nasty cheese in a homemade press. I never did get the cheese thing to go right.
Chickens don’t lay eggs forever. When the time came for the stew pot, I set up a slaughtering operation on the picnic table, with a lever to hold the neck and a block to chop onto. A one-chop chicken was a triumph, and yes, chickens really do run around with their heads cut off. Dunk in almost-boiling water, pluck the feathers off, slit the belly, remove the guts, rinse well, and place in pot or freezer. Somehow Bill always had urgent business far away on chicken slaughtering day.
Turns out Bill was a lot more interested in his law career than he was in animal husbandry (a good thing in the long run), and with three kids, intermittent foster children, a teaching job, and a barn and garage full of animals, my commitments exceeded my capacity to nurture. Something had to go. Goodbye goats, sheep, chickens, and turkeys!
But the garden remained. And the shelves of canned tomatoes, plums, peaches, pears, jams, and pickles. And the boxes of beets and carrots and potatoes and onions and cabbage and winter squash. And the freezer filled with every other fruit and vegetable.
This represents a lot of work, you know! A lot of work.
And suddenly it all seemed unnecessary.
After 45 years, we sold the beloved country house and moved into town. We thought it might be hard. It wasn’t hard.
When I go past that big old brick house I feel not loss or grief, but only gratitude for the good years we had there, and for all the self-reliant country-girl things I learned to do.
“I’m a city girl now,” I tell my friends. I don’t grow my food. Instead, I put 40 bucks in my back pocket and ride my bike to the farmers’ market or the coop. I walk to town on a sidewalk. Neighbors are close, people stop by. I tend my little perennial bed.
After 45 years, it was a good move.
Abi Sessions, formerly of Cornwall, lives in Weybridge with her husband, Bill. She has three adult children raised on all that home-grown food, all of whom care very much where their food comes from, and one of whom has managed to get that cheese thing to go right at Blue Ledge Farm in Leicester.