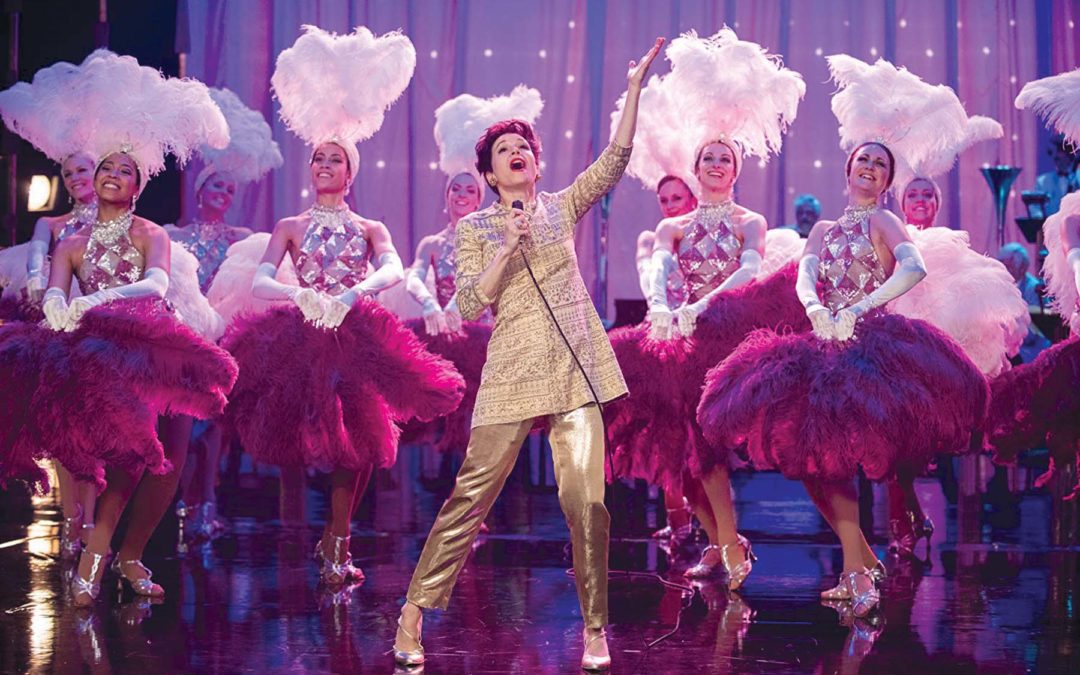 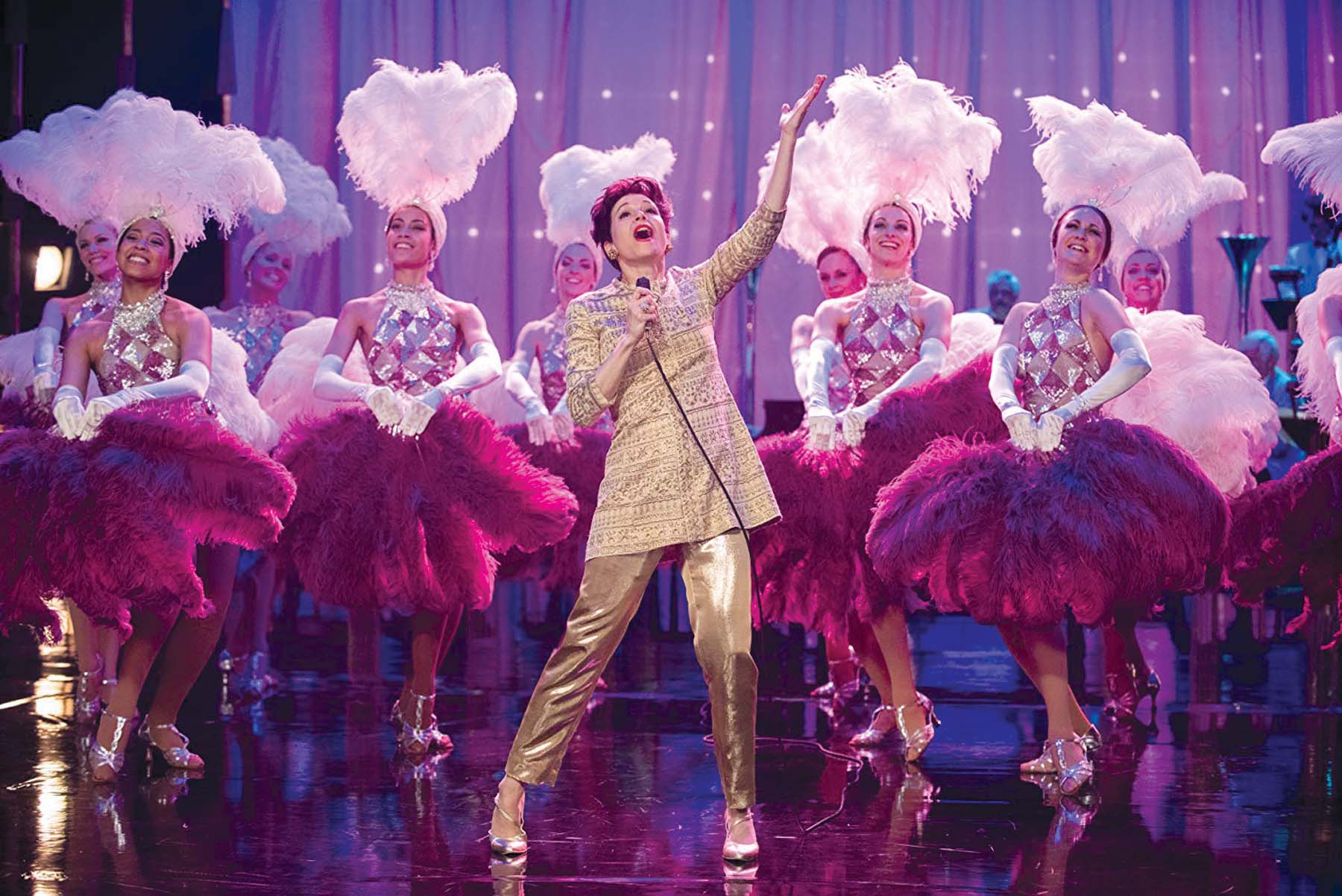 RENEE ZELLWEGER AS Judy Garland in "Judy."
By Joan Ellis

Judy — Running Time: 1:38 — Rating:  PG-13
“There’s only one of her.”  So says a friend of Judy Garland in the new film “Judy.” That comment summons the complications in the grand new wave of biographical fictions that are flooding our theaters.  Many of them are finely made, as this one is.  What’s more fun than looking under the surface of someone who has charmed much of the world?  For those who are seeing her as a past performer, Judy Garland is just a famous singer.  For those of us who were alive during her time, she is something else.
This movie digs into the culture of her family and her era and for me it just doesn’t make the grade.  The reality: Frances Ethel Gumm was born in 1922 and spent 45 of her 47 years loving to sing, even when sickened by pep pills and sleeping pills supplied by her vaudeville-performer mother.  Her life behind the scenes became one of collapses and illnesses leading to a series of suicide attempts starting at 28.  In the same period, she won a special Oscar and went on to score in movie and stage musicals
In June of 1968, on Saturday night, I sat in the relatively new New Jersey Garden State Arts Center to hear Judy sing and watch her perform.  She had collapsed 15 minutes into her first show and was taken to Riverview Hospital.  Next time round, we could all feel the deep audience support for the singer whose voice and antics we all loved and sensed she was close to the end.  It was sad.
The most interesting part of Renée Zellweger’s new portrayal of Judy is her consistent lack of self-puffery or ego.  Judy is a damaged woman in her 40s, loved by the world until she falters from drink and drugs.  Then the comeback in England, and her final downfall as audiences threw napkins at her.  Her walkouts and bursts of temper are sad and grim, but they represent her own decay that is never aimed at hurting others.  Her self-destruction is aimed entirely at herself.  We feel sorrow, not anger at the behavior that follows.  She is entirely self-oriented but not cruel to anyone.
Zellweger has a fine voice and creates a character thoroughly rooted in the real Judy Garland but for those of us who saw her at the end of her performing life, if feels odd.  It’s not Judy.
I suggest, with an apology, that you ask your contemporaries for their opinions.  For me, the realities of Judy Garland’s career and her on-stage weakness and final collapse in the late ’40s are vivid.  Is it possible that watching real life tragedy engulf someone just carries a message that says “Leave this one alone?”  Judy Garland’s voice and behavior were hers alone and it’s tough to watch even a good actor try to capture that.  She had a mixture of personality, drive, and love of song that were unique.
— Reviewed by Joan Ellis