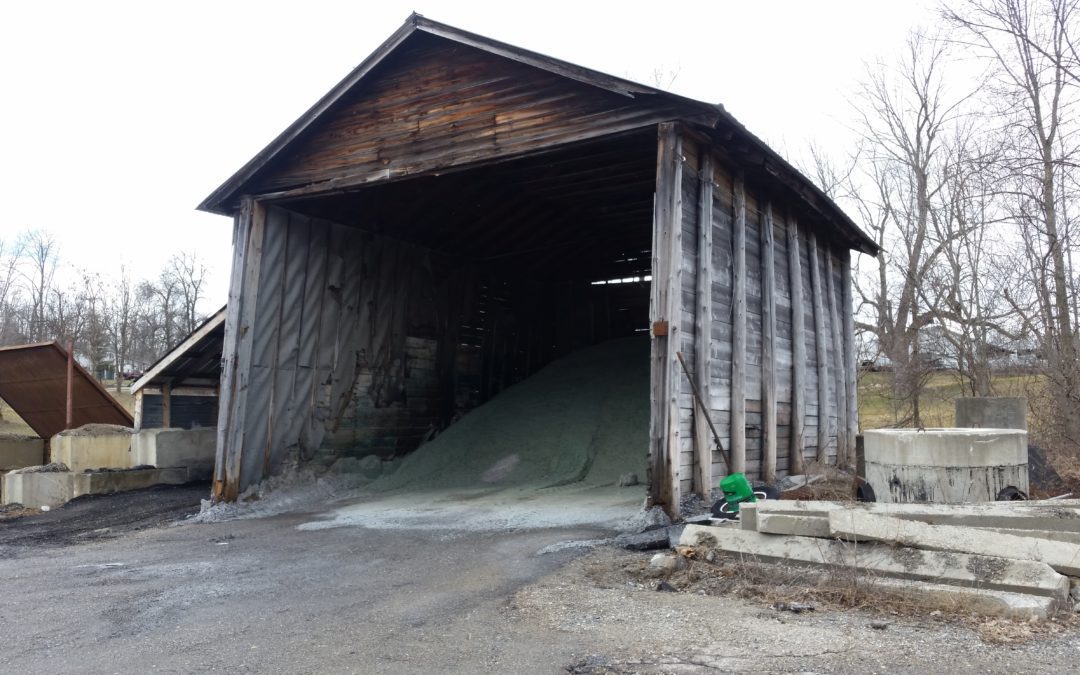 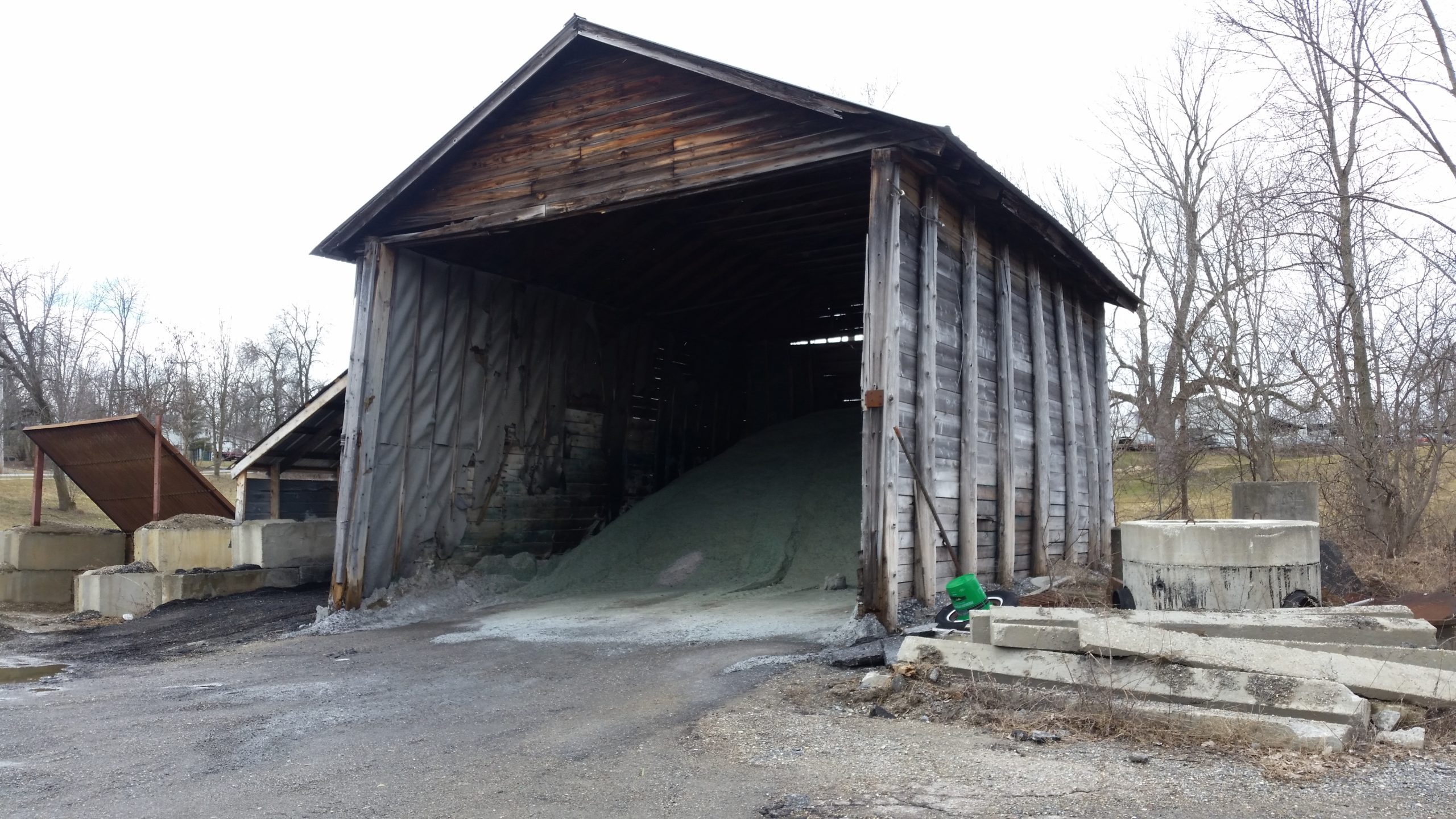 VERGENNES WILL USE a $267,000 state grant, along with $80,000 of city money, to build a new structure to replace this salt shed behind the city’s East Street recycling center. The new shed, which will prevent the elements from washing salt into nearby Otter Creek, won’t be built for three or four years.
By Andy Kirkaldy

VERGENNES — Vergennes will get a new salt and sand shed, largely courtesy of a $267,000 Agency of Transportation grant the city received in the spring, but it will cost a little more than expected and take longer to arrive than city officials had hoped.
The Vergennes Public Works Department’s existing shed can charitably be called dilapidated. Sitting behind the city’s East Street recycling center, it has an open side and see-through walls of varying materials. The structure allows salt to run into nearby Otter Creek during rainstorms.
According to Vergennes City Council minutes, the one bid received to build a suitable modern replacement came in “much higher than the VTrans estimate.”
The city’s match of $64,281 had to be increased by $16,000, and the council voted last week to tap the city’s Water Tower Fund for $4,000 a year over the next four years to make up the shortfall. The Water Tower Fund is fed by cellphone companies that hang broadcast company on the city’s former water tower behind city hall; its use is restricted to city infrastructure projects.
That funding timetable will not be a problem. City Manager Matt Chabot had initially hoped that with the grant in hand and another funding source within the city — the West Main Street Improvement Fund — the new shed could be built this fall or next spring.
Not so, he has learned from VTrans.
“What I’m hearing is a three- to four- year window,” Chabot said.
The good news is the city does have that West Main Street Improvement Fund to pay for the balance. That fund was created in 2000, just before the city took it upon itself to pave much of West Main Street, using some state funds but with its own equipment.
State officials required city officials to set aside money to pay for any problems that cropped up in the first 15 years after the paving project, and none did. Thus Vergennes may use the funds for other infrastructure projects, and the council chose to dedicate the money to the sand and salt shed.
Chabot said a site visit was being planned for this Thursday or Friday to scope out the location for the new building. He expected it to end up “as close to the existing site as possible.”