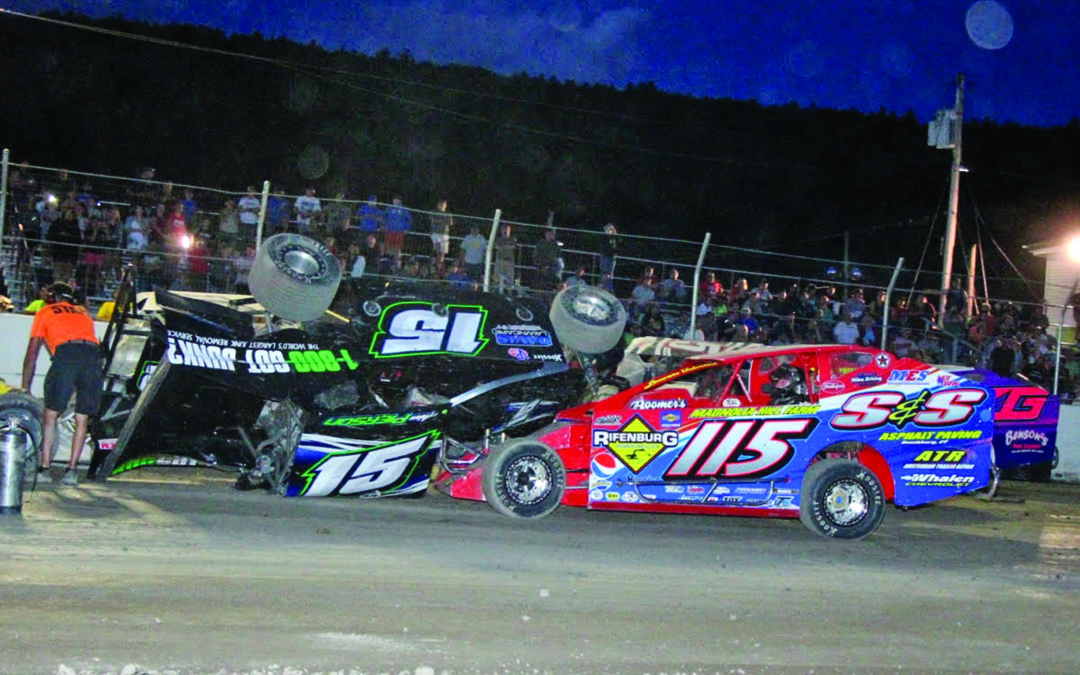 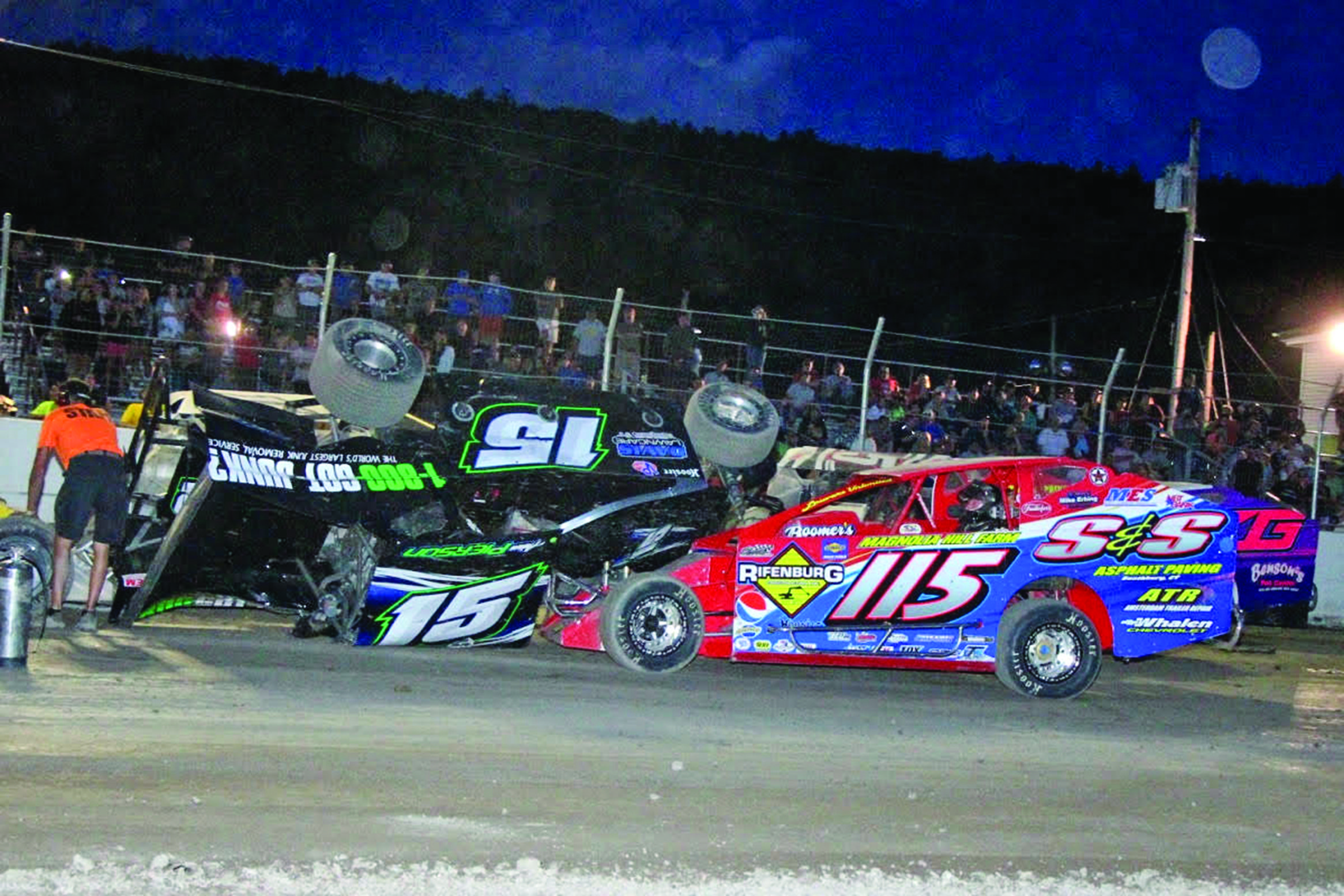 DESPITE THE DRAMA, drivers Adam Pierson (in car No. 15) and Kenny Tremont Jr. (in No. 115) were unhurt in this wreck at Devil’s Bowl Speedway this past Sunday, and both actually returned to finish the race after repairs. Tremont and Pierson ranked 1-2 in the track’s championship standings entering the event. Photo by Alan Ward
By Addison Independent

WEST HAVEN – The full moon hovering over Devil’s Bowl Speedway seemed to influence just about every lap of the dirt track action on Sunday, when Frank Hoard III and Floyd Billington ended long victory droughts and four drivers found themselves upside down.
No local racers won, but Orwell’s Tim LaDuc took second to lead a strong county showing in the main event, and Middlebury’s Jake Barrows also posted a second-place effort.
Manchester Center’s Hoard prevailed in the 30-lap Sportsman Modified feature after several top-five finishes in recent weeks. Hoard came from 21st starting position to blast past LaDuc on a restart with two laps left and earn his first win since 2009. But that only tells part of the story of the race.
A huge pileup on lap 8 left series leaders Kenny Tremont, Jr. and Adam Pierson in a big mess, with Pierson’s car upside down and partially on top of Tremont’s car. No one was hurt, and both Pierson and Tremont returned to the race after repairs.
Walter J. Hammond then squared off with LaDuc in a battle for the lead that saw both drivers trading body blows lap after lap. LaDuc pulled away at lap 18, but just one lap later Hammond spun his car and barrel-rolled in Turn 2; he walked away unharmed during the red flag.
A third red flag for a multi-car tangle stopped the race with four circuits left, followed by the final restart that gave Hoard the opportunity he needed.
LaDuc settled for second. Shoreham’s Jimmy Ryan took third, and Salisbury’s Brent Warren earned fourth.
The Sprint Cars of New England tour made its third appearance of the season in a 25-lap feature, and it was the Floyd Billington Show from start to finish. The New York veteran sped away uncontested for his first Devil’s Bowl win since a Sportsman Modified victory in 1999.