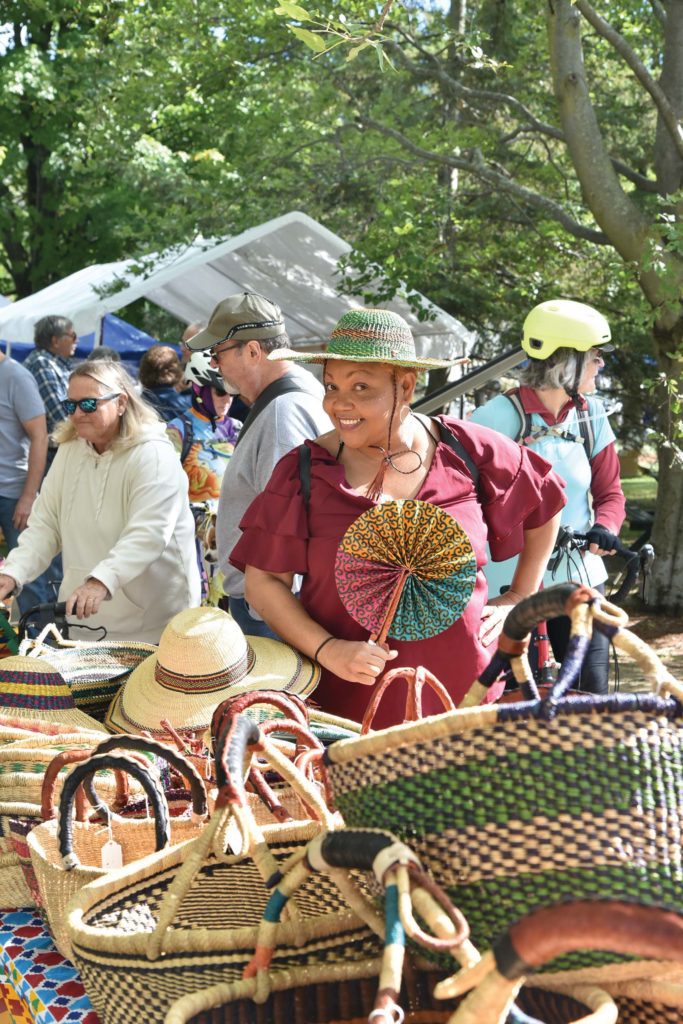 MARIA DELOPEZ TRIES out one of the hand-woven hats for sale, along with hand-made baskets, in a booth at the Bristol Harvest Festival on the town green on Saturday afternoon. The Harvest Festival featured more than 70 vendors, sidewalk sales, a sack race, pony rides and great food. Independent photo/Angelo Lynn 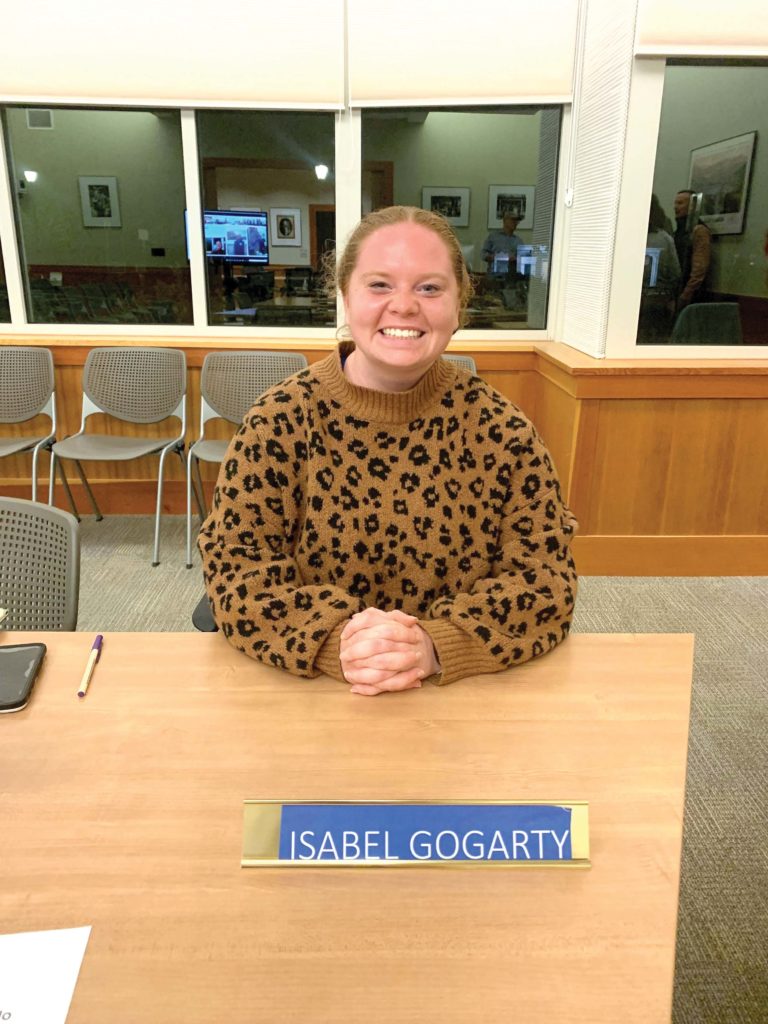 ON MONDAY THE Middlebury selectboard unanimously chose Isabel “Izzy” Gogarty from among five local candidates to fill an interim vacancy on the board made by the recent resignation by selectboard member Esther Charlestin, who moved out of town. Gogarty, a graduate of Castleton University and a Wellness/PE teacher at Middlebury Union Middle School, will hold the position until Town Meeting Day next March, when she will be free to run for the remaining two years on Charlestin’s term. Look for more on Gogarty in a future edition. Photo courtesy of Kathleen Ramsay 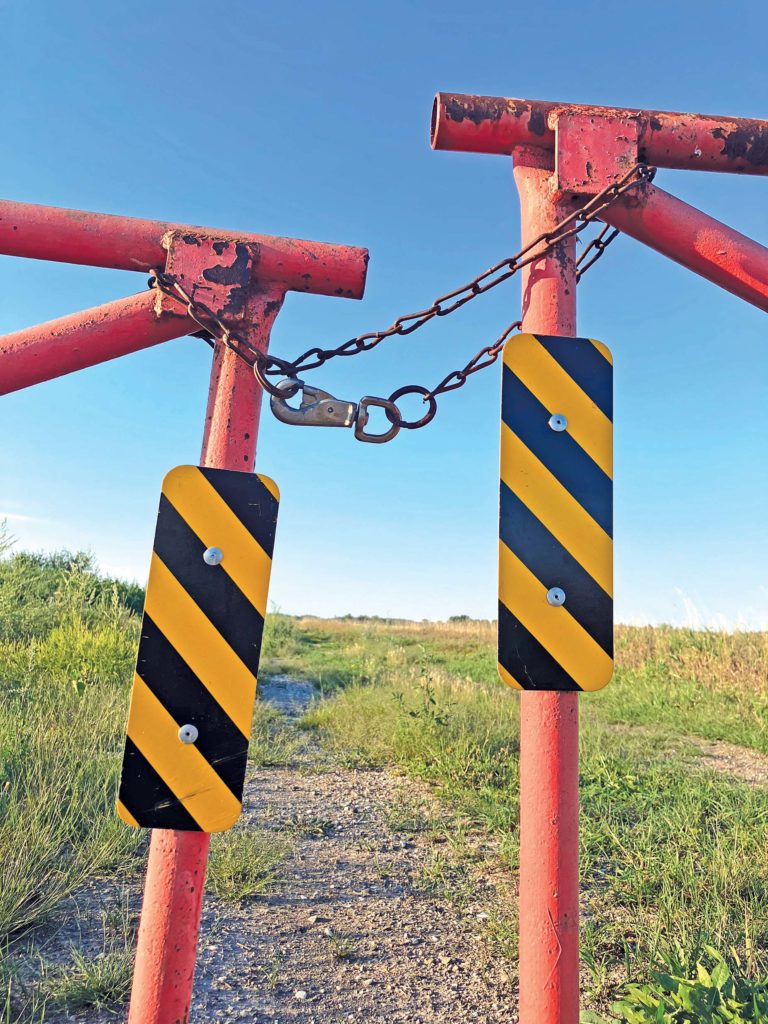 A VERMONT FISH and Wildlife sign on this gate on Gage Road in Addison prohibited access to hunters, trappers, hikers, birdwatchers and (get this!) photographers. The dirt road near Dead Creek is part of a state wildlife refuge. Independent photo/John S. McCright 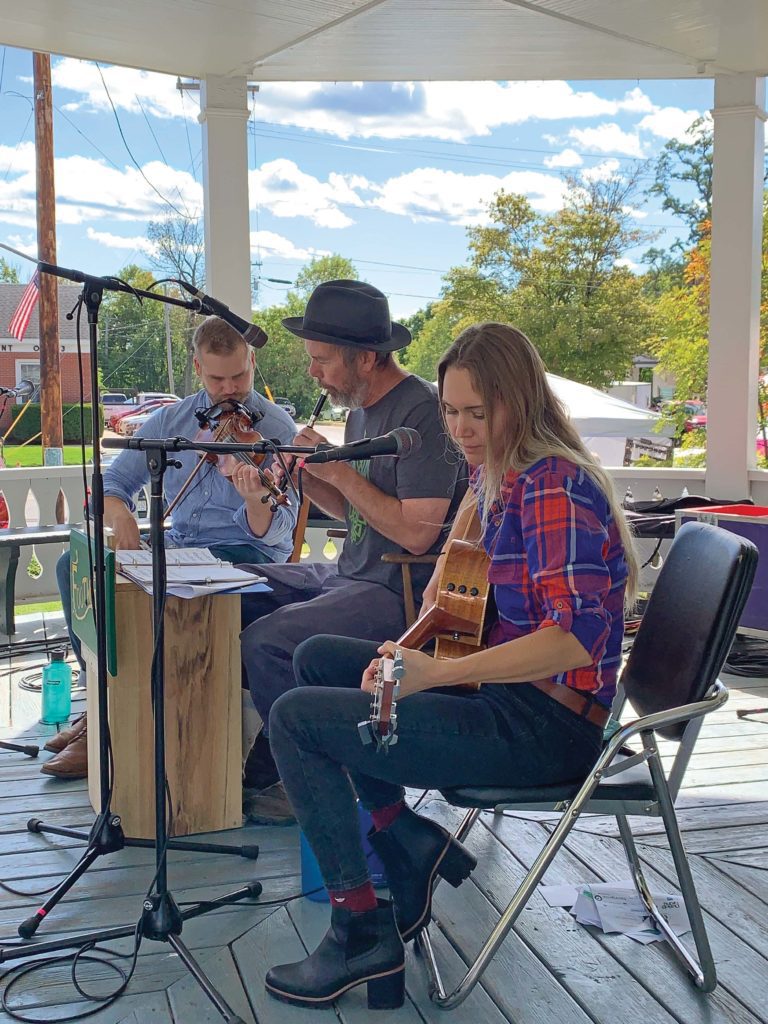 THE TRIO FOOTWORKS from West Topsham play Celtic music on the bandstand on the Bristol town green this past Saturday afternoon, entertaining folks at the Bristol Harvest Festival. Independent photo/Angelo Lynn 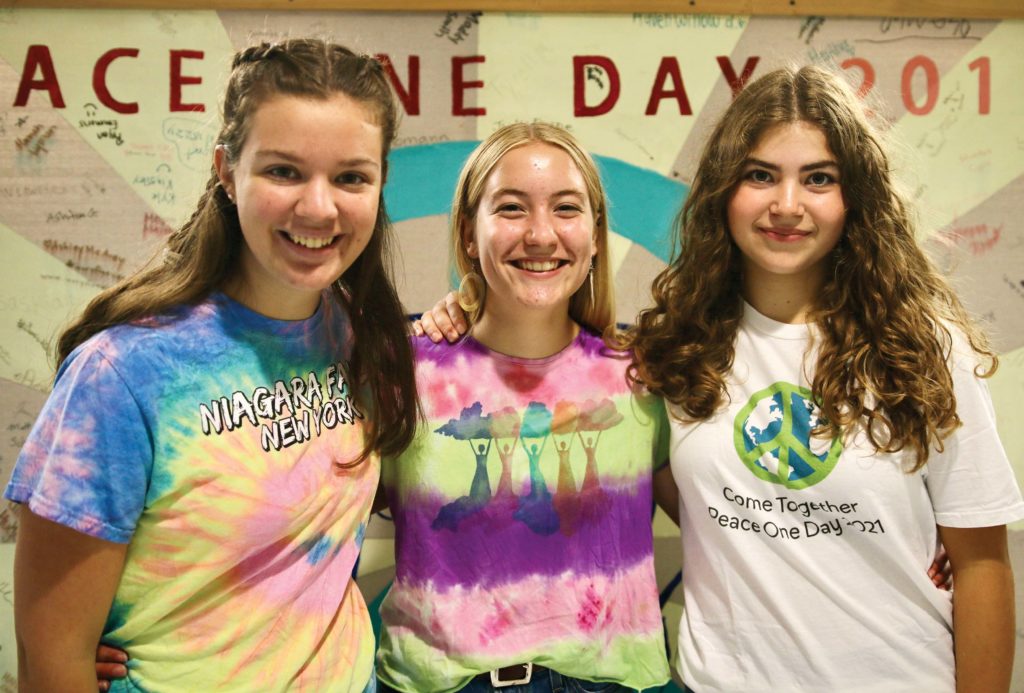 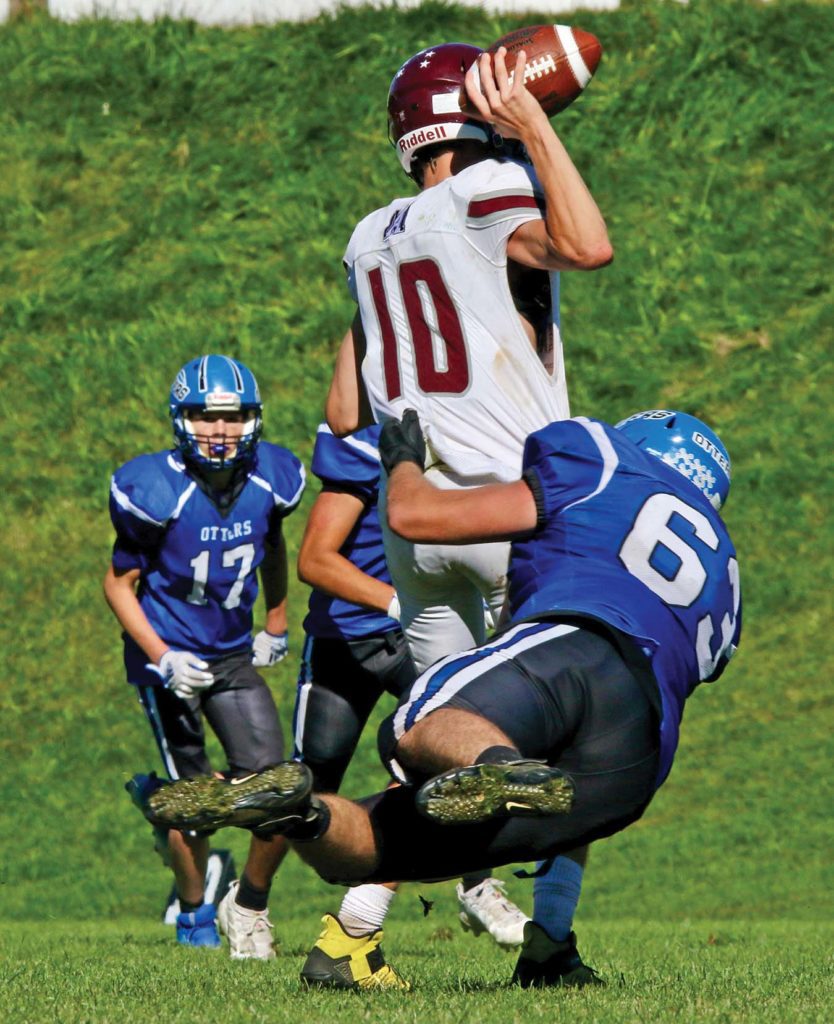 EAGLE SENIOR QB Zeke DuBois tries to get a pass off while in the grasp of OV junior lineman Luciano Falko, but DuBois was called for intentional grounding on the second-half play. OV prevailed, a result that left both teams at 2-2. Independent photo/Steve James 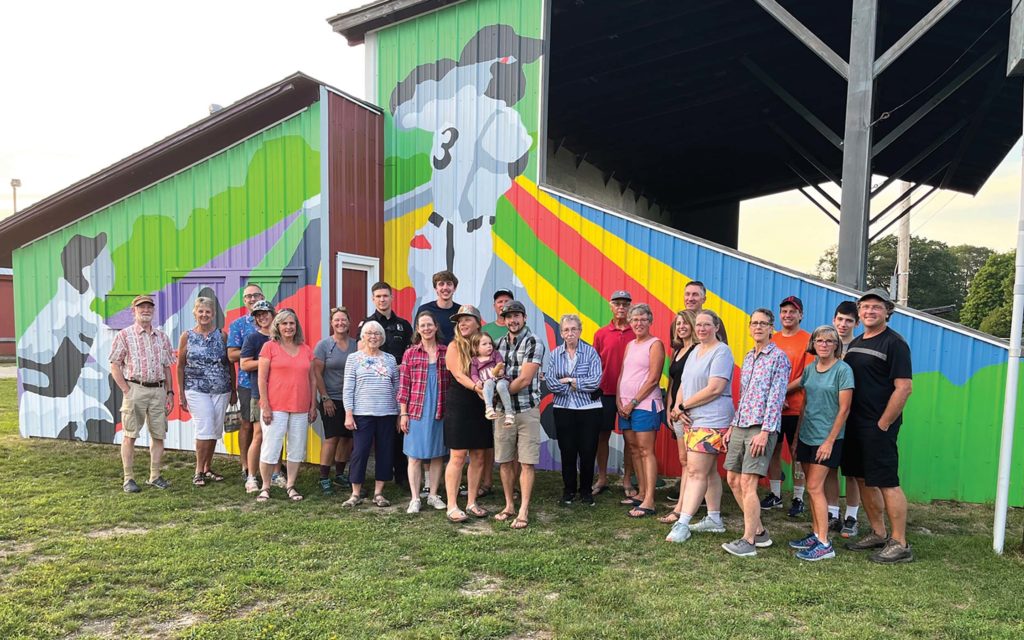 BRISTOL RECREATION CLUB members stand in front of a new mural on the baseball stands at the Bristol Rec Park. The mural was designed and painted by artist Jess Graham, with the help of numerous Bristol residents, both young and old. Photo courtesy of Bristol Recreation Club 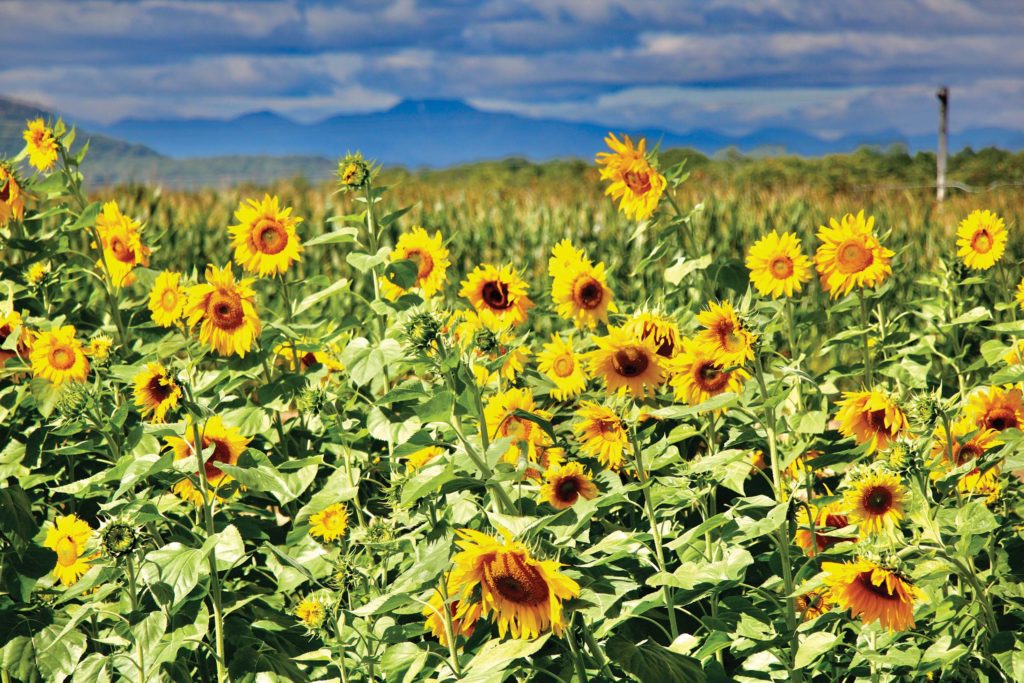