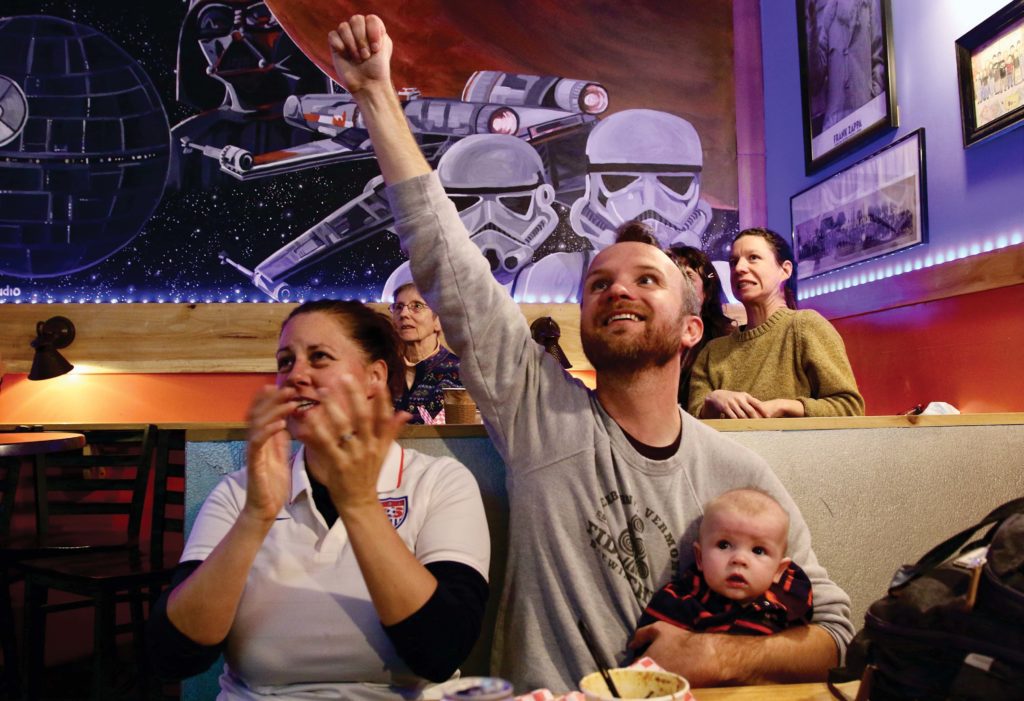 ELIZABETH AND HARRIS Gerner react positively to World Cup soccer action on the screen at Middlebury’s Marquis Theater during the U.S.-Iran game. Their three-month-old-son Tommy isn’t so sure how he should react. The red-white-and-blue squad prevailed, 1-0, allowing the U.S. to advance to the round of 16. Independent photo/Steve James 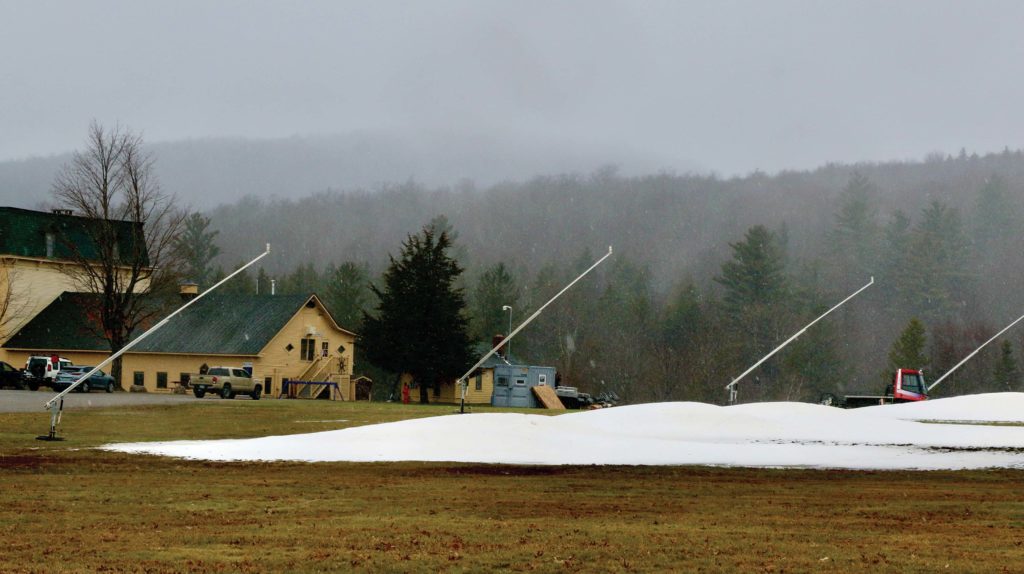 THE RIKERT NORDIC Center had been scheduled to open on Monday, but after 10 days of enough snow to cover the course, most of the white stuff washed away in recent rains. Center officials, though, promised our photographer that there would be enough snow for cross country skiing this weekend. Independent photo/Steve James 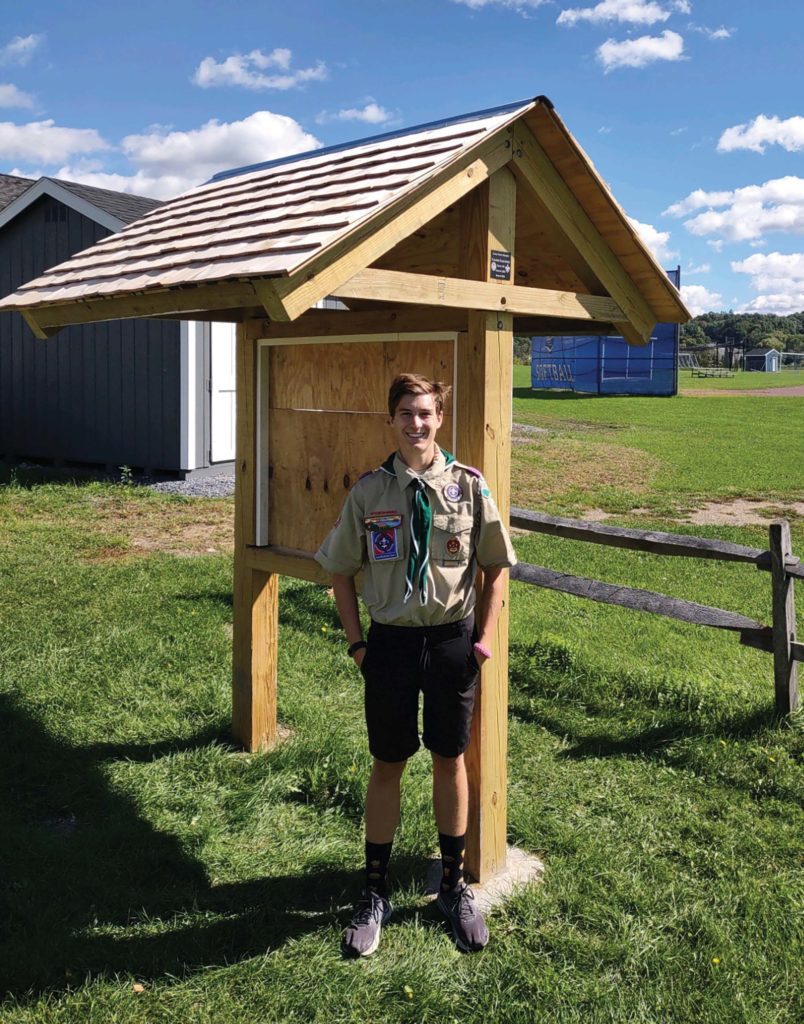 CALDER RAKOWSKI OF VERGENNES Boy Scout Troop 539 recently completed his Eagle project. He designed and constructed this informational kiosk at the Vergennes Union High School athletic fields for the Addison Northwest School District. The VUHS junior designed the kiosk to house information about the frisbee golf course but it surely will be used for other purposes as well. Rakowski,16, is the son of Brent and Sue Rakowski of Vergennes. Photo/Sue Rakowski 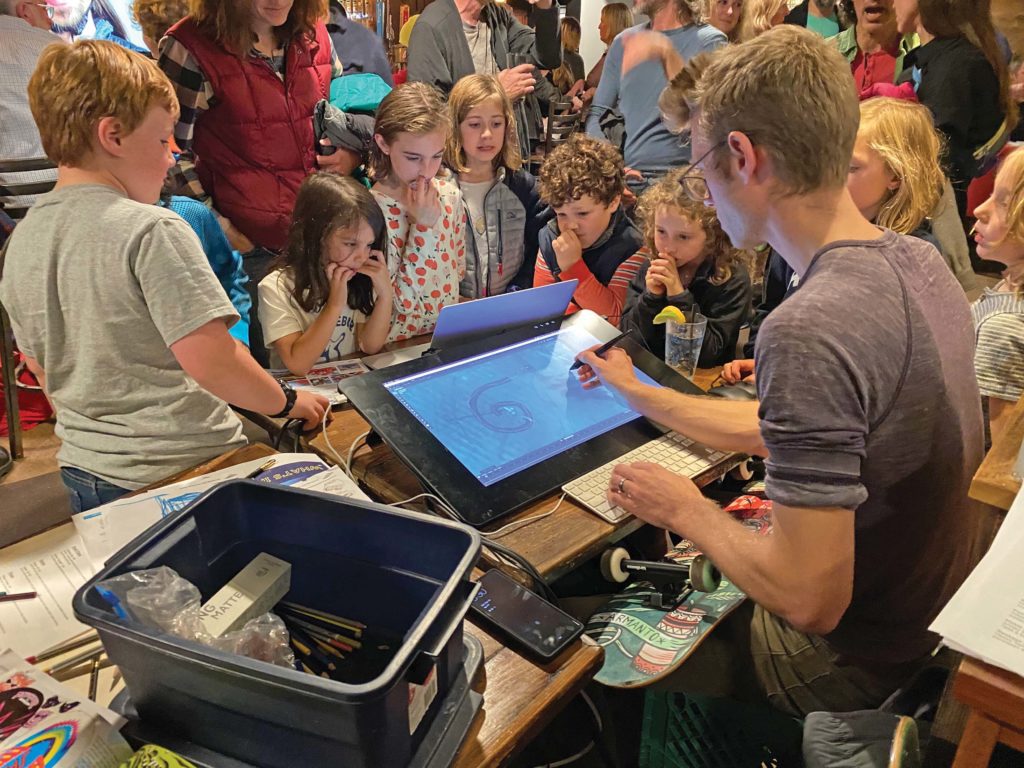 YOUNG SKATEPARK ADVOCATES help Middlebury animator Daniel Houghton design a 3-D model of their dream skatepark by choosing their favorite elements and obstacles at a fundraiser at Notte last month. The event raised $5,672.50 for the Middlebury Skatepark Project. Photo by Erik Remsen 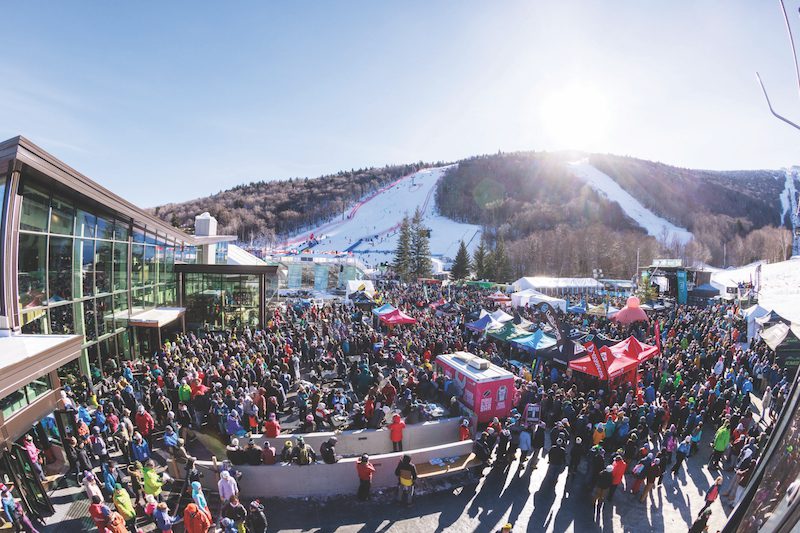 THE CROWD AT this year’s World Cup in Killington this past weekend broke previous records as 35,000 fans attended the three-day event from Friday night’s opening celebrations to Sunday. Photo provided by Killington Resort 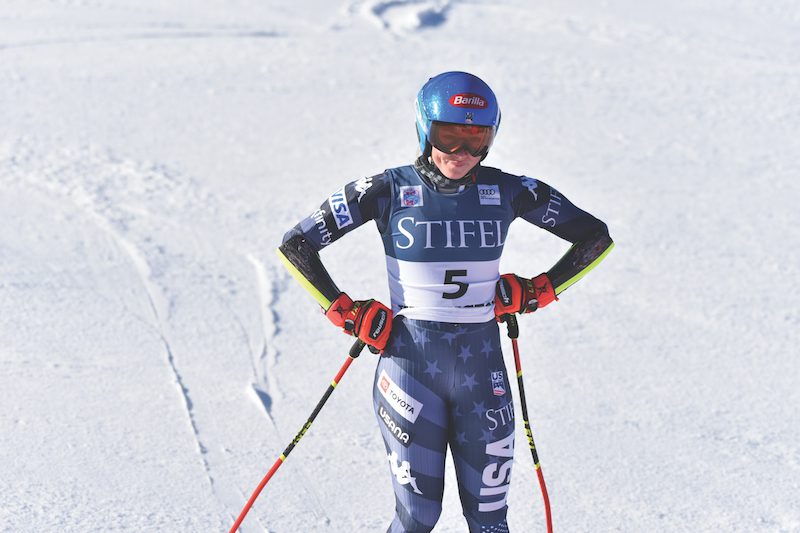 USA’S MIKAELA SHIFFRIN has that look of amused disappointment with her 13th place finish in Saturday’s giant slalom. She placed fifth in the slalom on Sunday, following four previous victories there at the World Cup. It wasn’t to be, said Shiffrin graciously after the race, saying to win her 50th World Cup event and her fifth consecutive slalom title at Killington was too much for the fates to grant. Independent Photo/Angelo Lynn