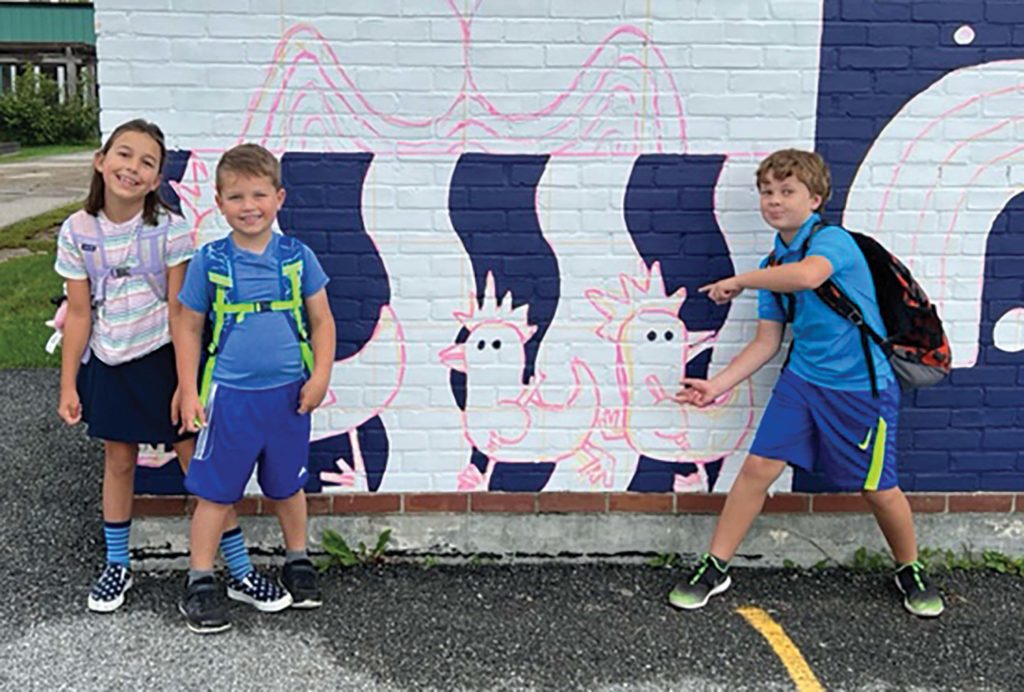 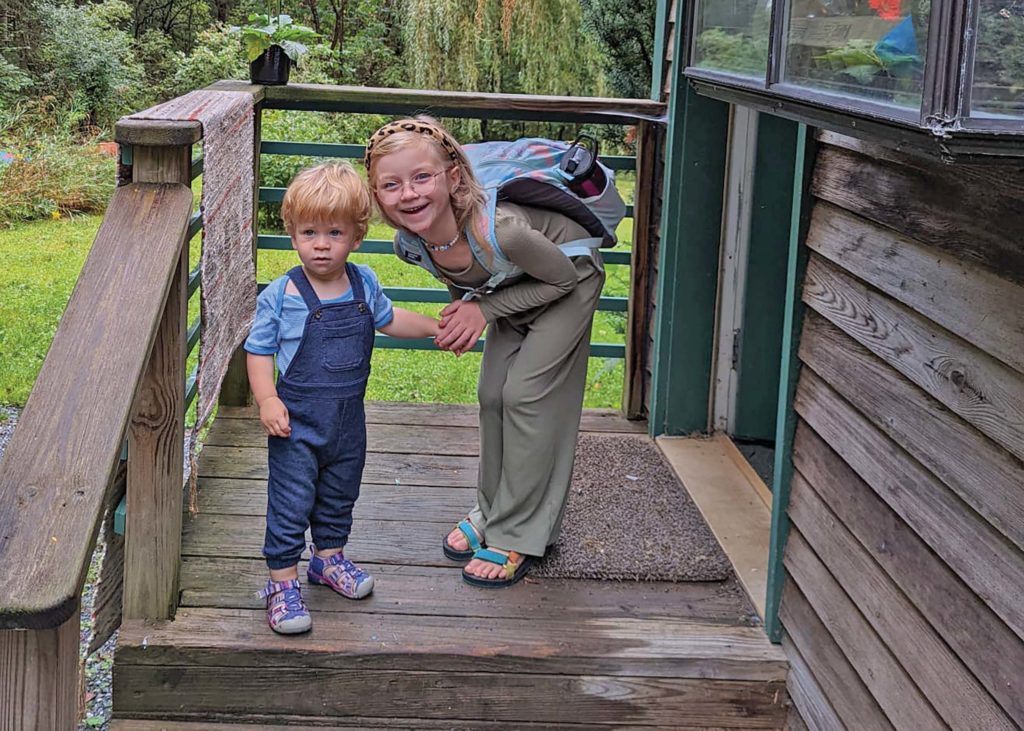 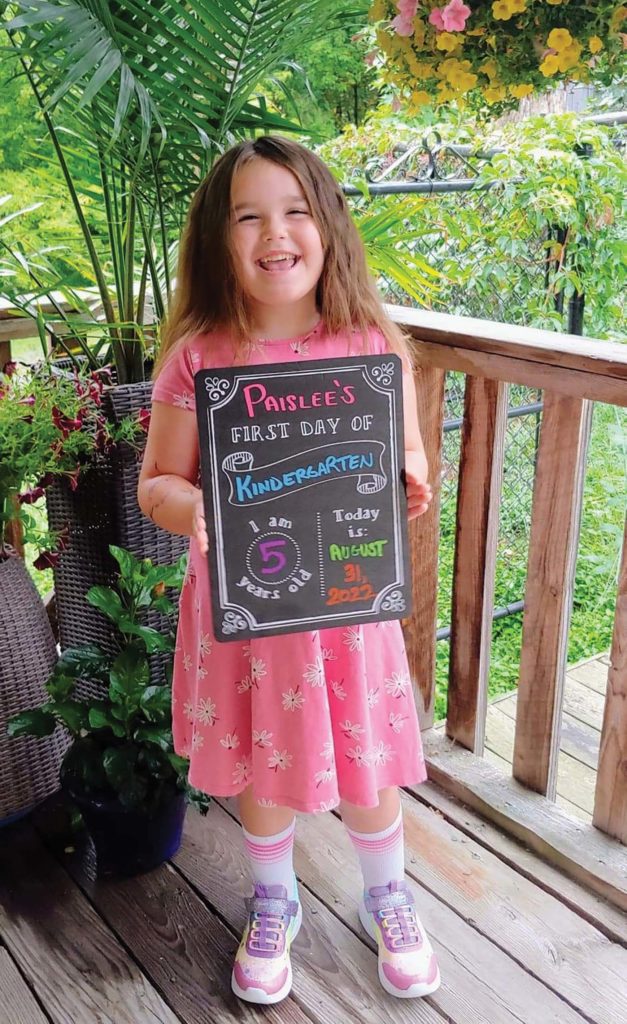 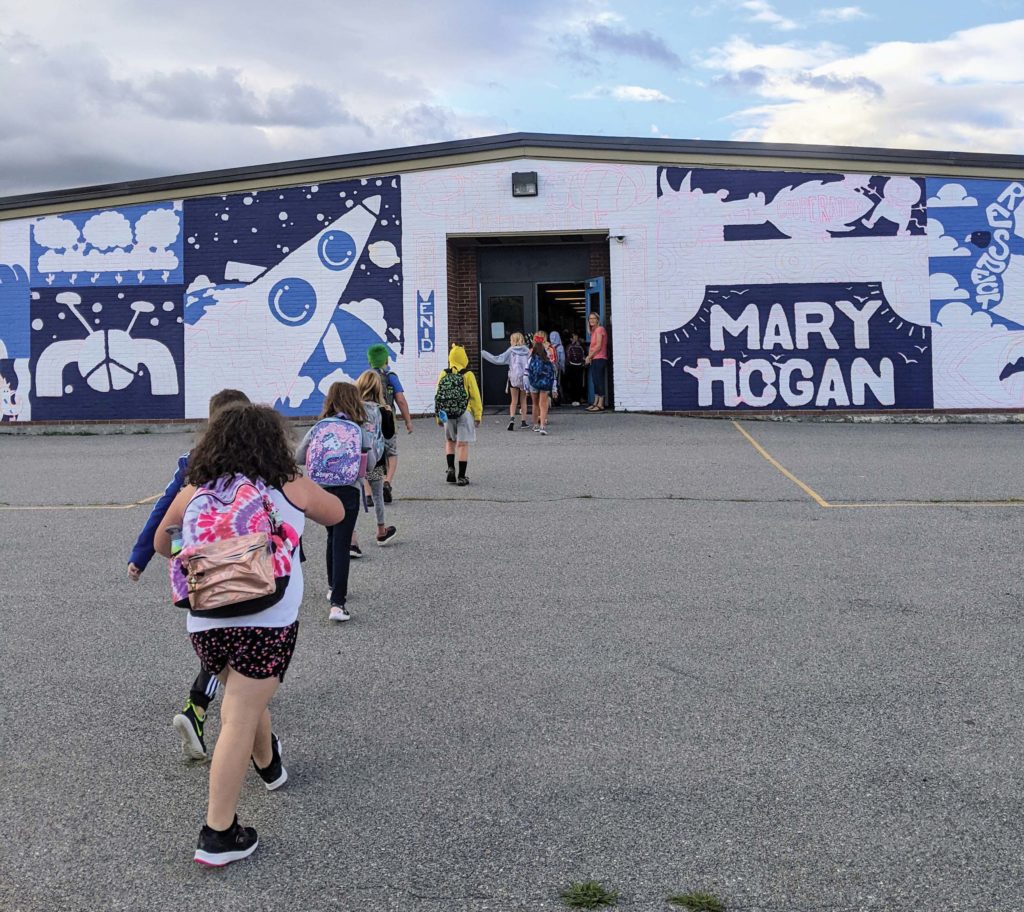 KIDS STREAMED INTO Mary Hogan Elementary School, with its new mural-in-progress on the first day back to school. Independent photo/Megan James 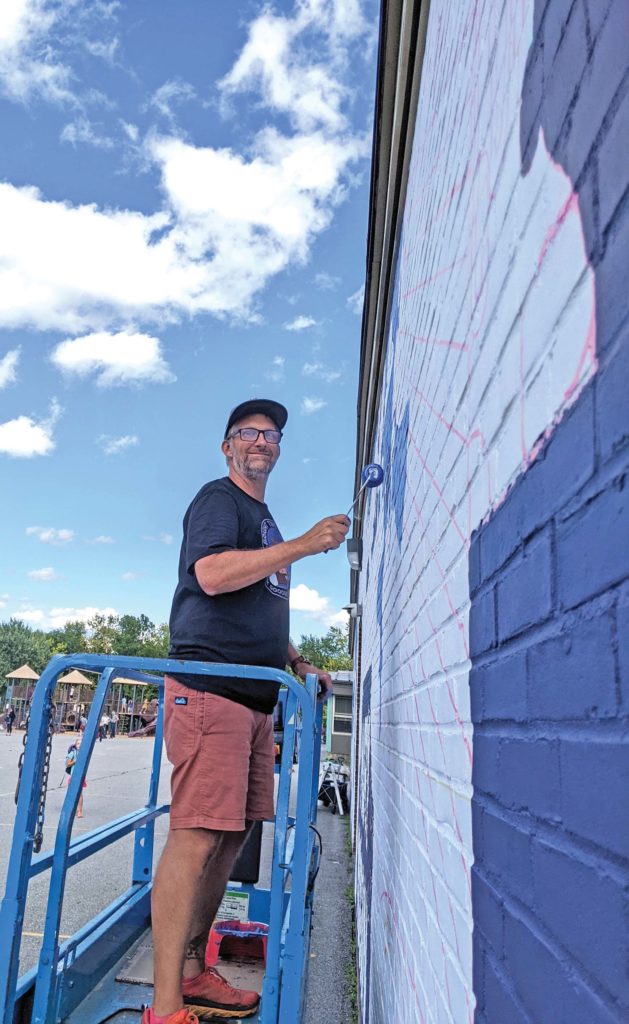 MIDDLEBURY ARTIST MICHAEL Kin has sketched out the design for a new mural he is painting on the north side of the Mary Hogan Elementary School, and on the first day of school last week he was adding color to the massive piece. Independent photo/Megan James 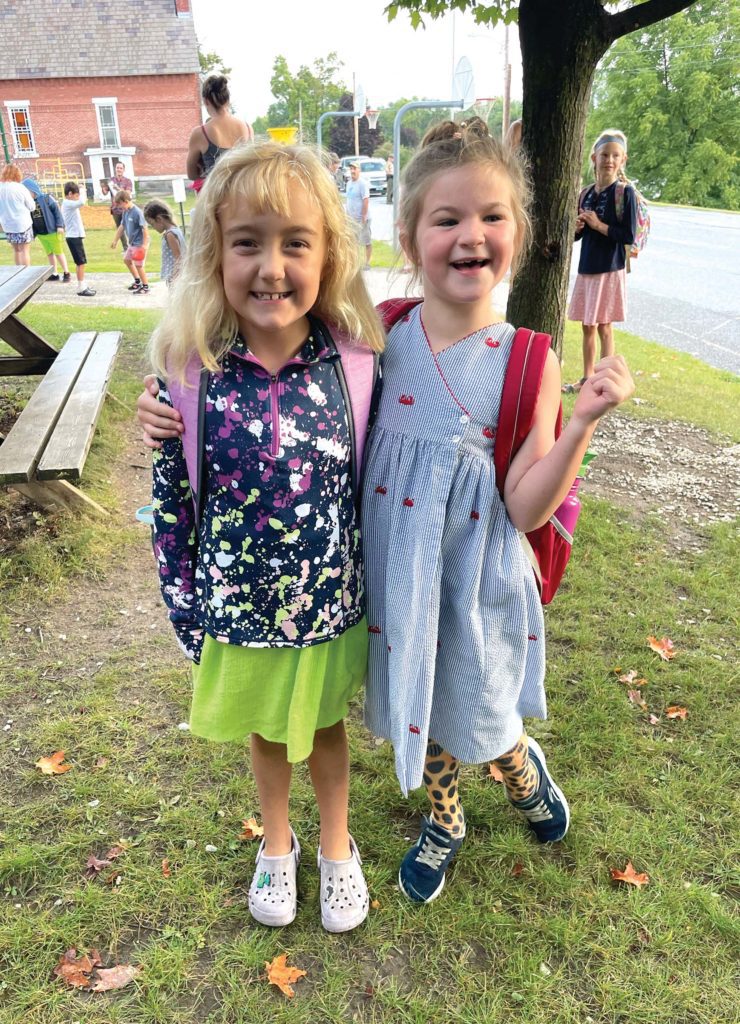 LEVI BENJAMIN ON his first day of kindergarten at Mary Hogan Elementary School. 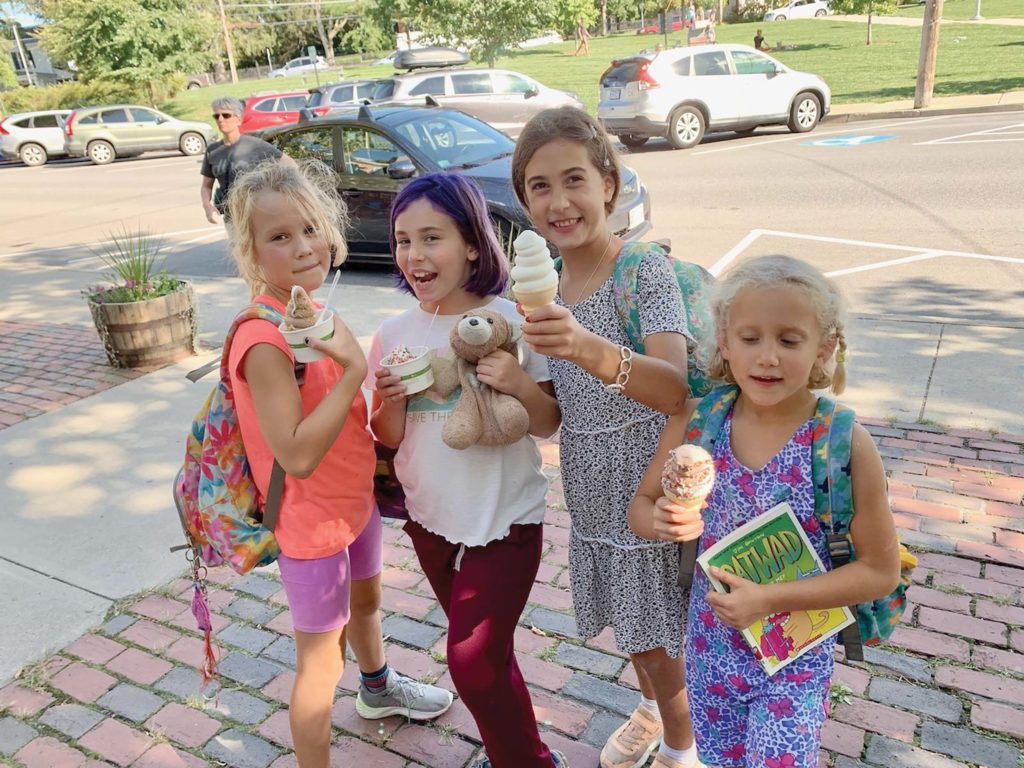 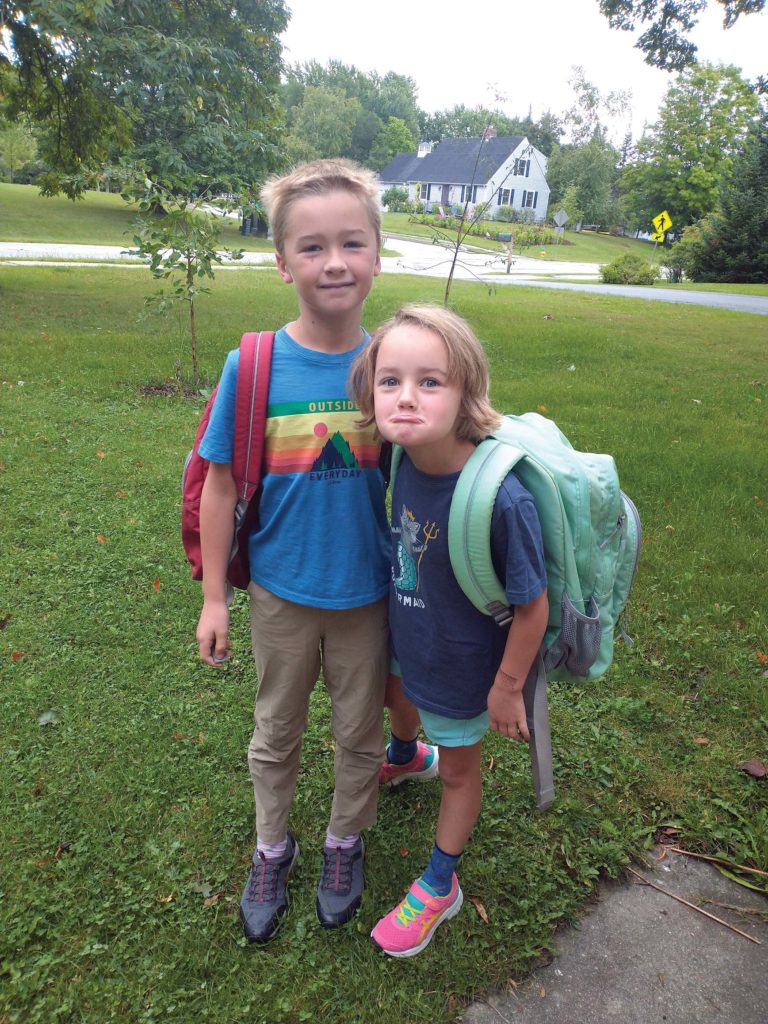 JACK AND ADA Simpson, third and first grades, on their first day back to Mary Hogan Elementary School. 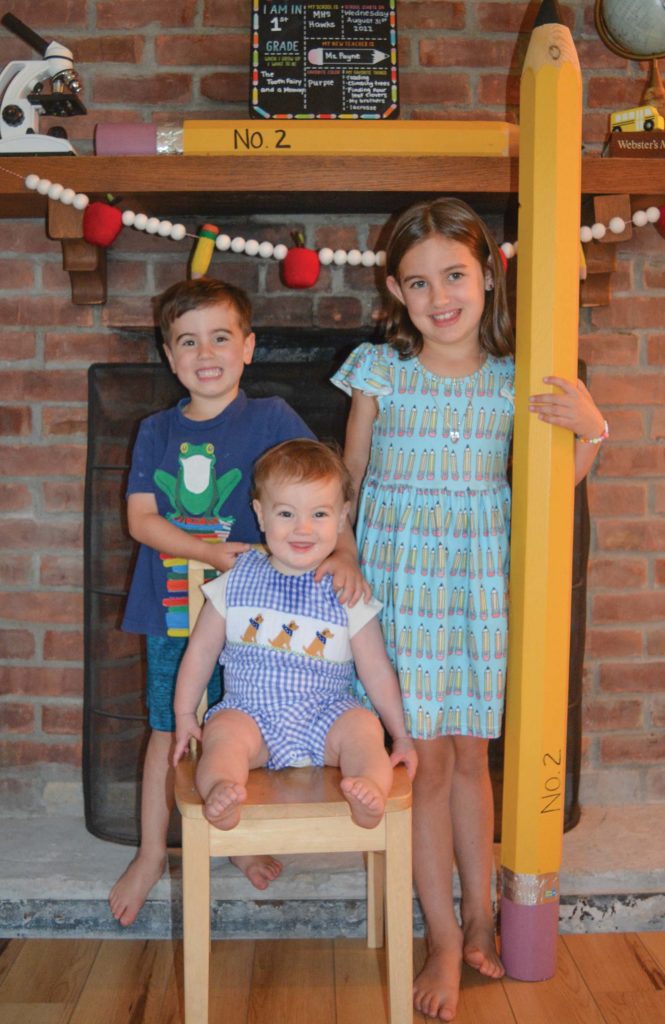 HATLEY DISHAW WITH brothers Greeley and Sully Sam on her first day of first grade at Mary Hogan Elementary School. 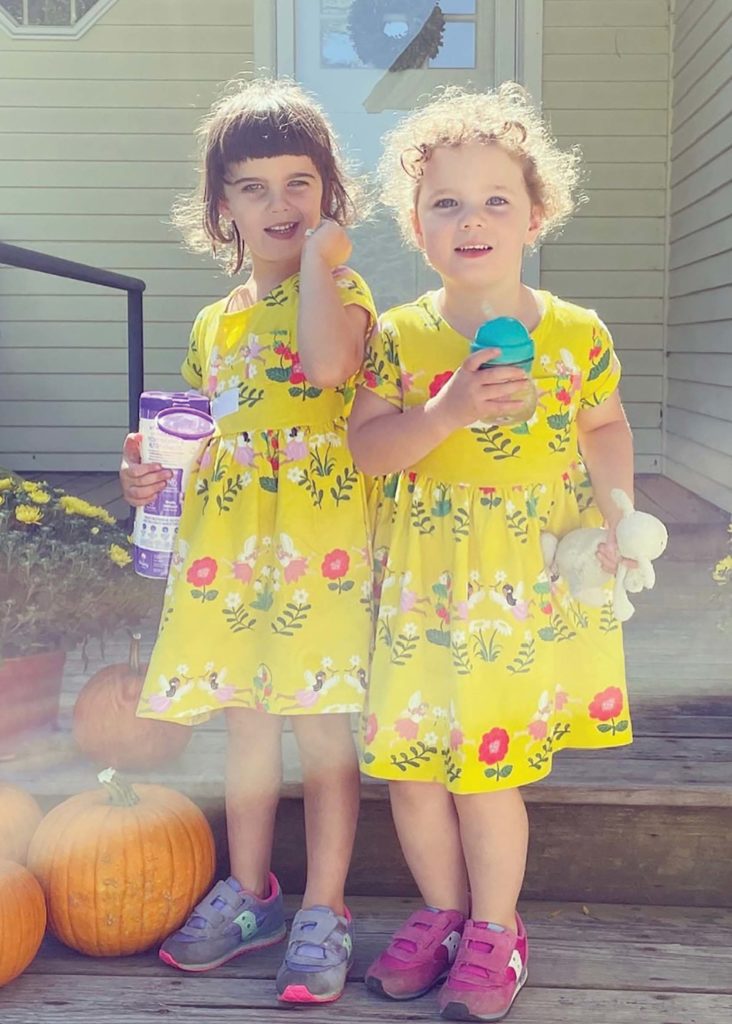 CHARLOTTE AND PENELOPE Hanson on their first day back to Quarry Hill Preschool. 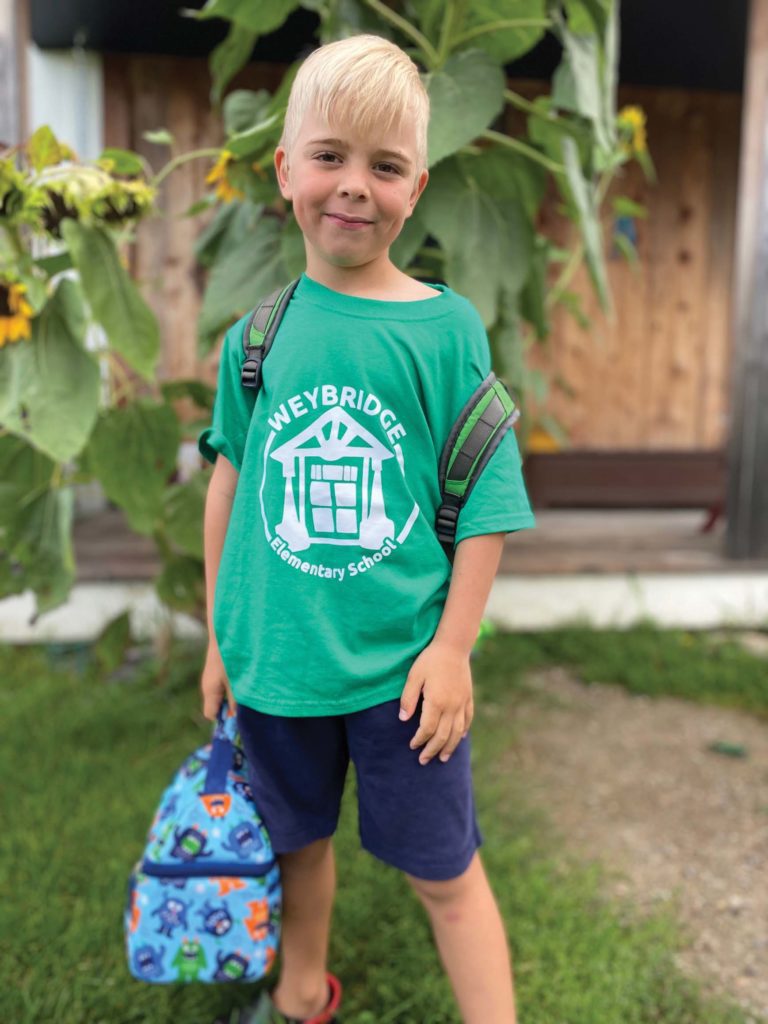 ASA MCCALLUM ON his first day as a Weybridge Elementary first-grader. 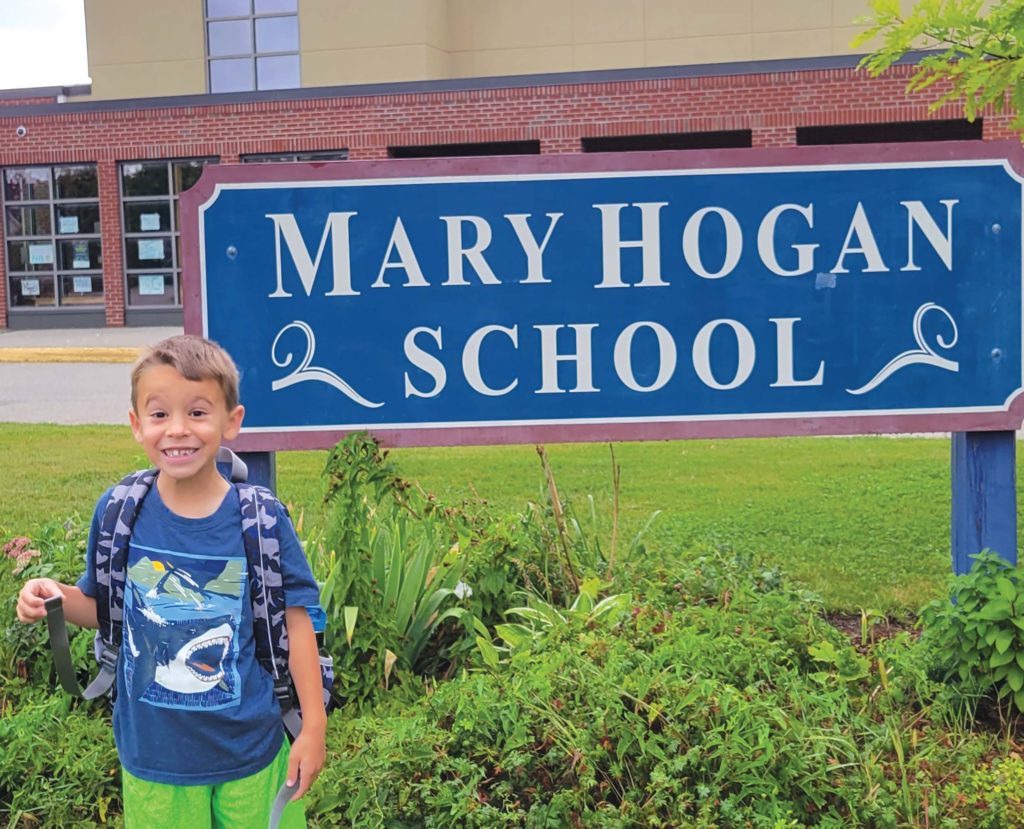 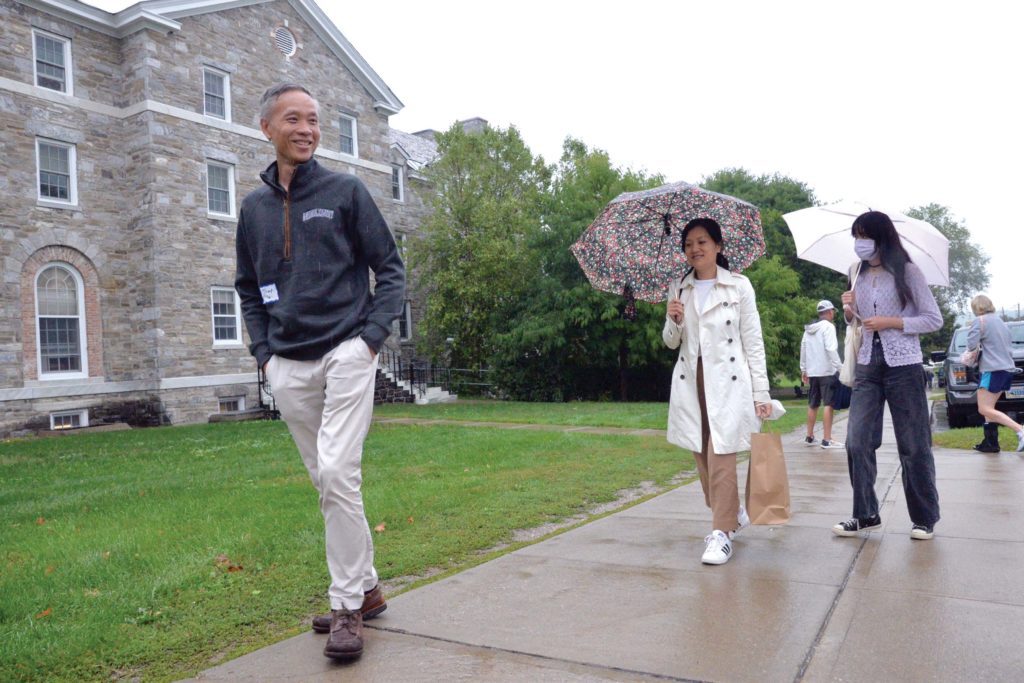 WHEN FIRST-YEAR STUDENTS arrived on the Middlebury College campus on Monday most of them brought a parent or two. Spotted on the campus on Monday were Thang and Jenny ldayhht with younger daughter Mia walking past Forrest Hall on the way to see their older daughter, Emily, who was already integrating with her new classmates. Independent photo/John S. McCright 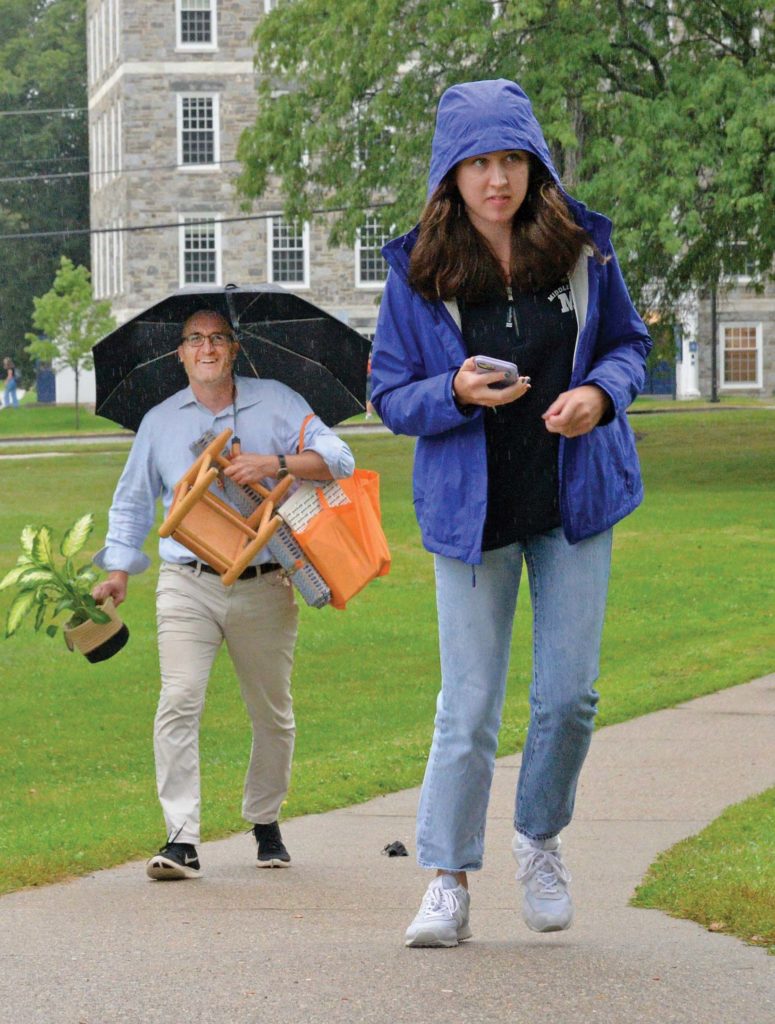 MIDDLEBURY SAW A big influx of young people when first-years and other new students arrived at Middlebury College for orientation. Here, Zoe Gregg of South Carolina navigates the campus as her dad, David, walks far behind her toting some essentials to his daughter’s dorm room. Independent photo/John S. McCright 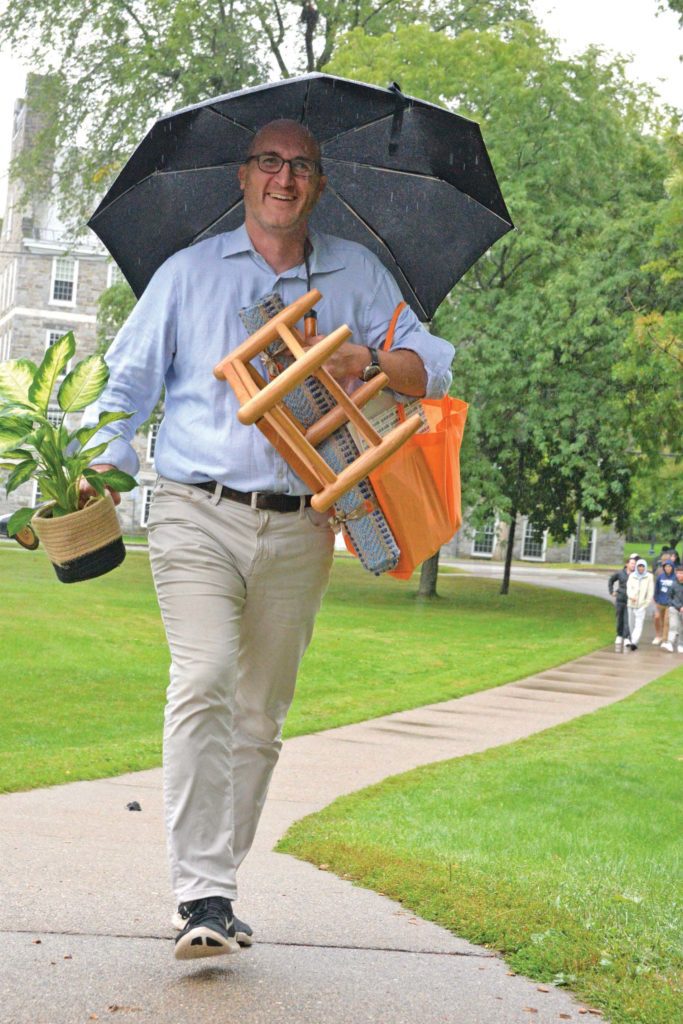 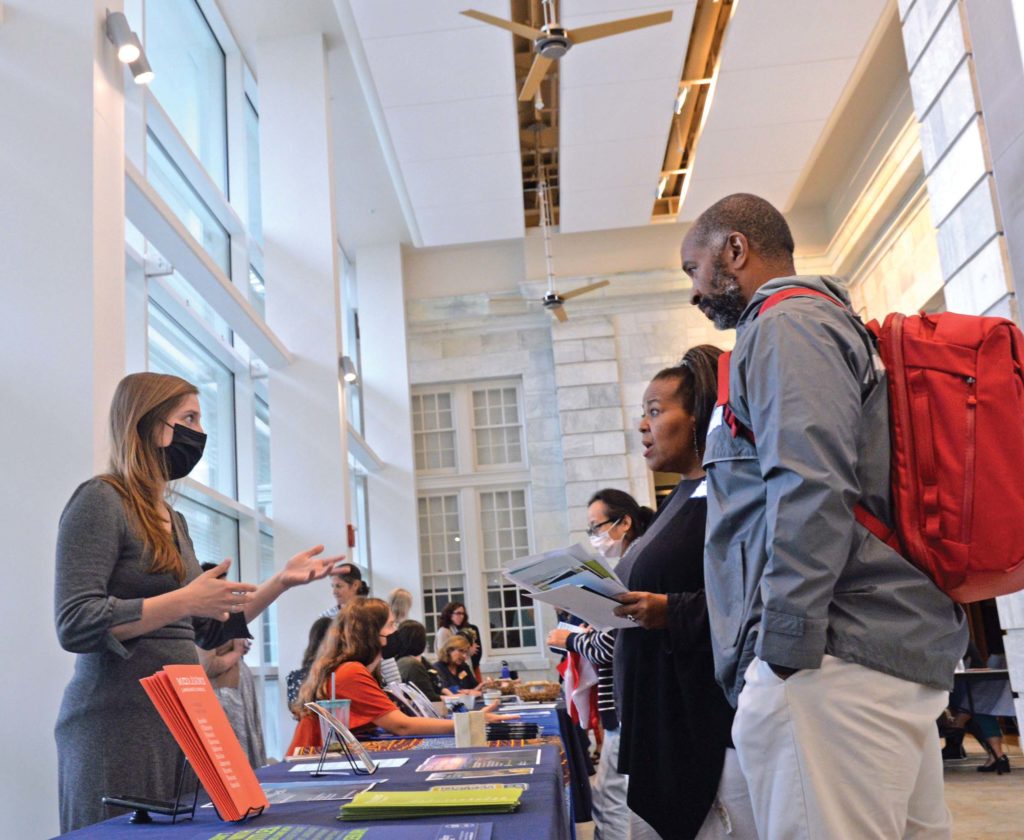 MELISSA AND BRIAN Hunt of Charlottesville, Va., talk to Catherine Pierattini of the Office of International Programs, after dropping off their son Phineas. Independent photo/John S. McCright 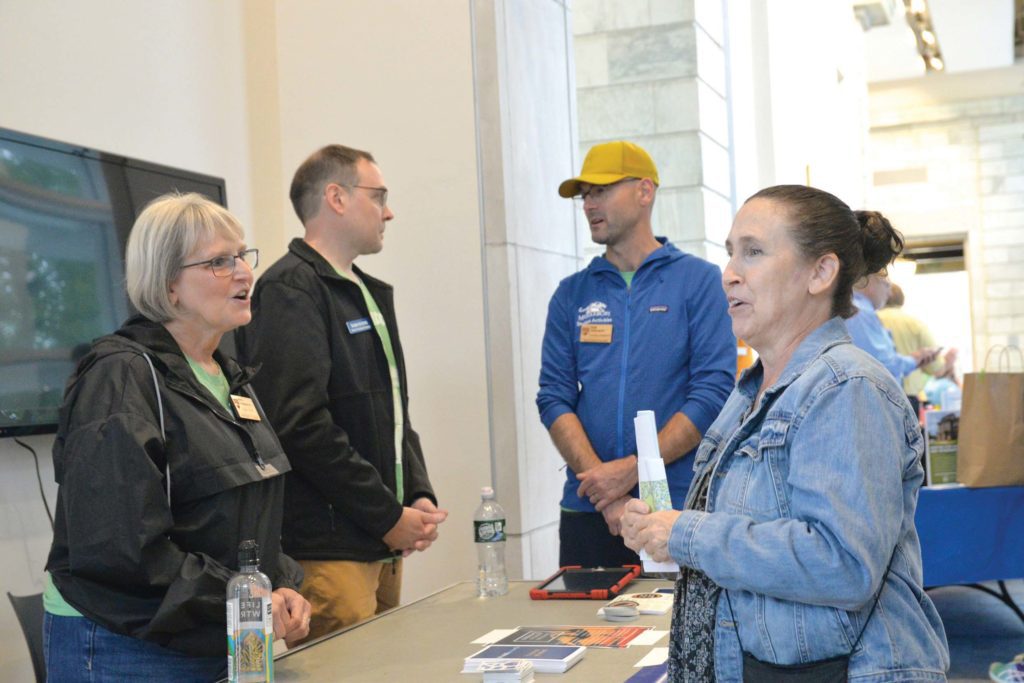