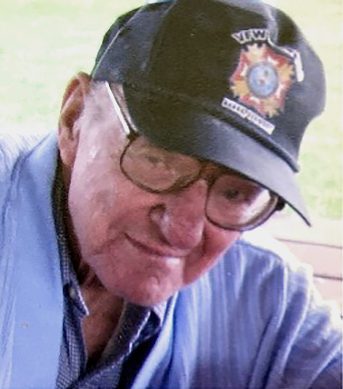 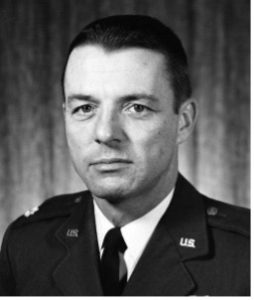 BARRE — Major Gary Lee “Buz” Sawyer died peacefully on July 27, 2022, at Barre Gardens after a brief illness at the age of 93. He resided at Lincoln House in Barre for 9 years, developing friendships and making his home there.

He was born in Bethesda, Md., to Verdon and Jane (Legere) Sawyer on July 8, 1929. He attended the University of Maryland prior to enlisting in the U.S. Air Force.

He had a 22-year career as a U.S.A.F. transport pilot. While stationed in Florida, he married Gloria Ziter from Barre, Vt., who was an RN at a nearby military hospital. He and his family were stationed at air forces bases in New Jersey, France, near St Louis, near Kansas City, and in Northern California. He flew missions around the world including Europe, Thailand, the Philippines, Okinawa, and Wake Island. In 1972, he served overseas in Vietnam.

After retirement in 1974, he settled in Barre and was a member of the County Club of Barre, the VFW, the American Legion, the Elks Club, and bowled at Twin City Lanes. An avid Washington and Baltimore fan, he enjoyed following sports, including predicting results of NFL games with his friends. He was generally well-known around Barre. He was a voracious reader of thriller novels and newspapers from which he did the crossword puzzle every day.

He is predeceased by his wife Gloria, his daughter Mary Patricia, his infant son Gary Patrick, his brother Douglas, and his parents. He is survived by his son Stephen, daughter-in-law Maggi Shadroui, and grandson Jesse, all of Vergennes, Vt.; his sister-in-law Carol Sawyer of Annapolis, Md.; brother-in-law Tom Ziter and his wife Carole of Essex, Vt.; and many nieces and nephews.

A service will be held at the Pruneau-Polli Funeral Home in Barre on Aug. 7 at 11:30 a.m. with a reception following at the VFW on Washington Street in Barre. He will be interned at a later date at Arlington National Cemetery, Washington D.C.

Donations in his name may be made to VFW Post 790 of Barre or to the Lincoln House.

Arrangements are in the care of the Pruneau-Polli Funeral Home, 58 Summer St., in Barre.

Those wishing to express online condolences may do so at www.pruneaupollifuneralhome.com ◊