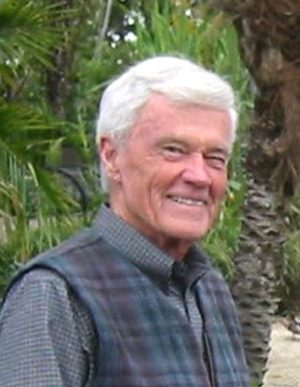 Ken was born on June 5, 1925, to Mark Wilkins and Doris Cox Wilkins of Oakland, Calif. Finishing Freemont High School in 1942, Ken was unable to attend his graduation ceremony: He had already left for his service in the U.S. Navy, where he proudly served his country as the sonar operator on the U.S.S. Skate (SS-305) in the War in the Pacific. He married his high school sweetheart, Phyllis Bullock, also of Oakland, Calif., and they lived for a time in San Diego until he was discharged.

Ken attended UC Berkeley on the GI Bill and studied electrical engineering. He worked as an electrical systems salesman with Graybar Electric until 1975, and then went into business for himself, representing electrical manufacturers.

Ken was a passionate sailor and fisherman, a model train enthusiast, a hobby winemaker, an enthusiastic gardener, and an avid reader. He loved to travel and saw most of the world during his travel years. He continued to participate in the U.S. Submarine Veterans Green Mountain Base until his death. His outgoing nature and keen wit made him friends wherever he went. Through all the phases of his life, he never lost his great sense of humor — and he always had a program.

Ken, we will miss your punctual martinis — may it always be 5 o’clock where you are. Fair winds and following seas on your Eternal Patrol.

A memorial service at St. Mary’s Catholic Church in Middlebury and interment at the town cemetery will be held on June 17. In lieu of flowers, please consider a donation to the U.S.S. Vermont Support Group, 331 Harte Circle, Williston, VT 05495 or ussvermont.org/.◊