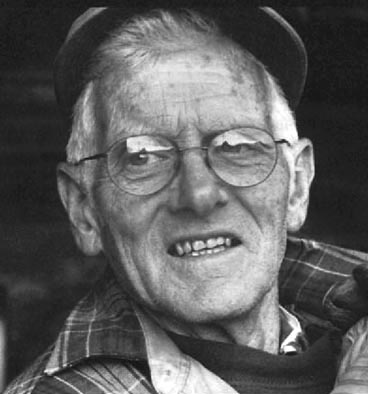 Larry graduated from Carteret School in West Orange, N.J., in 1953 and then attended Drew University. He worked in greenhouses in New Jersey, where he developed a passion for horticulture. Throughout his youth, his family enjoyed summers in Grand Isle, Vt. Because of his love of plants, trees, and Vermont, he transferred to Marlboro College in Marlboro, Vt., to study forestry and dendrology. In forestry class at Marlboro he met Fern Wilde, whom he married. They were married 63 years.

With his father and brother, Grayson, Larry started a life-long career as a dairy farmer. They had farms in White River and Brownsville, Vt., before buying a farm in Weybridge in 1968. Before he retired from farming in 2005, Larry was proud to have the family farm preserved in perpetuity by the Vermont Land Trust. His farm life was the subject of a book, “Forty-Six Years of Pretty Straight Going: The Life of a Family Dairy Farm,” written by his friend and neighbor, George Bellerose, through the Vermont Folklife Center. Larry and Grayson transferred stewardship of the farmland to Dan and Corinne Kehoe, special neighbors and family friends.

Larry and Fern had three daughters. He was very proud of them and loved to tell people that they attended college at the “Little Three”: Williams, Amherst and Wesleyan. Family meant everything to Larry.

Larry was predeceased by his parents and youngest brother, Dale. He is survived by his wife, Fern; his daughters and their spouses, Carin and Colin Hart of Hinesburg, Beverly Wyman of Weybridge, and Sandra and David Browning of Olympia, Wash. He is also survived by his brother and sister-in-law, Grayson and Beth Wyman of Weybridge, and sister-in-law Barbara Wyman of Wynantskill, N.Y.; six grandchildren and seven great-grandchildren: Abraham and Elizabeth Miller of Colchester and daughters Reagan, Quinn, and Fern; Dana and Tucker Kear of Saratoga Springs, N.Y., and children Smith, Renny, and Summer; Robin and Seth Jackson of Berlin; Nicholas and Caitlin Hart of Essex Junction and daughter Nora; Gwyn Browning of Hertfordshire, England; and Phoebe Browning of Olympia, Wash. He is also survived by close cousins Beverly Goodwin of Charlotte and Lois Field of Essex Junction, as well as many dear nieces, nephews, and cousins.

There will be a family celebration of Larry’s life later this year. In lieu of flowers, the family is requesting that donations be made in Larry’s memory to the Vermont Land Trust using their website, vlt.org.

To send online condolences to the family please visit www.brownmcclayfuneralhomes.com.◊