Eric Davis: Student loan delay is not a writeoff 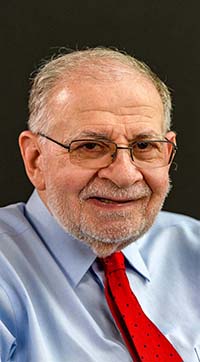 Eric Davis: Student loan delay is not a writeoff

The Biden Administration announced last Wednesday that it would extend the moratorium on federal student loan repayments, which was due to expire in early February, to May 1. President Biden said in a statement that “millions of student loan borrowers are still coping with the impacts of the pandemic and need some more time before resuming payments.”

The student loan repayment moratorium was initially enacted by Congress as part of the CARES Act, which was signed by former President Trump in March 2020, the first month of the pandemic emergency. The moratorium originally extended for six months, and has been extended several times over the past 21 months by both the Trump and the Biden administrations.

Currently there are 42.9 million student loan borrowers who collectively owe $1.6 trillion in federal student loan debt. The average individual balance on these loans is about $37,000. Student loans make up the second-highest category of individual debt in the United States, behind mortgage debt at $17 trillion, but larger than automobile debt at $1.3 trillion and credit card debt at $800 billion.

While the moratorium reduces immediate financial pressures on student loan borrowers by allowing them to delay repayment, it does not address several policy issues associated with student loans, including loan write-offs that were advocated by several Democratic presidential candidates during last year’s primary campaign.

During his presidential campaign, Sen. Bernie Sanders proposed writing off the entire portfolio of federally held student loans, with the loss to the Treasury paid for by a tax of 0.5% on stock trades and 0.1% on bond trades. As a presidential candidate, Sen. Elizabeth Warren proposed a more targeted debt relief plan, with the Treasury writing off up to $50,000 in outstanding student loans for borrowers with annual household incomes of $250,000 or less. Warren’s proposal would have eliminated about 40 percent of the outstanding student loan debt.

During last fall’s presidential campaign, Joe Biden proposed writing off at least $10,000 in student debt per borrower, and making repayments of the remaining balance income-contingent, so that no one would pay more than 5 percent of their discretionary income toward student loan payments. Biden has so far not introduced any legislative proposals on student loan debt, although White House staff say the issue is under study. While Sanders, Warren and other senators and House members argue that Biden could cancel student debt by executive order, most legal experts believe that such a policy could only be undertaken pursuant to action by Congress.

Another policy issue associated with student loans is the practice of some private universities to provide graduate students with little grant aid for expensive degree programs, leaving them with six-figure student loan balances when they receive their masters’ or other degrees. Reporters at The Wall Street Journal have written many articles on this topic in recent months, focusing particularly on institutions such as Columbia, NYU and the University of Southern California, all of which have multi-billion-dollar endowments, but also provide less financial aid in the form of grants to graduate students than many peer institutions. Acting on this issue is much more a matter for university trustees and presidents than for the federal government.