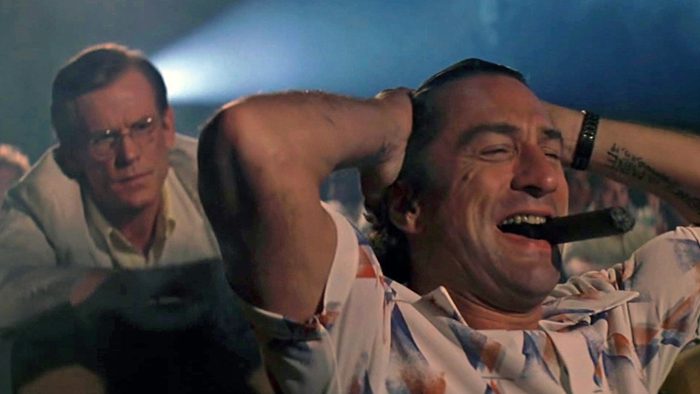 They never got a break. I mean the Bowden family in the film “Cape Fear,” who are terrorized by the ex-con Max Cady (Robert De Niro). Cady poisons their dog. He stalks their daughter. He murders their housemaid then impersonates her. And when the Bowdens escape on a fast drive to their houseboat retreat, he defies physics and human physiology by latching onto the bottom of their car for the whole ride. When he dusts himself off, it’s as if this is just another Tuesday for Cady.

“Cape Fear” (1991) — Martin Scorsese’s remake of the 1962 Robert Mitchum thriller — was screened Aug. 4 at the Middlebury New Filmmaker’s Festival for the Sunset Series at Swift House Inn/Summer of Scorsese.

The movie was supposed to show the Thursday before, but lightning concerns made the festival reschedule. There was only an audience of 15 or so at the postponed screening. You could hear a penny drop during the movie’s suspenseful scenes, especially toward the end.

The story is pretty absurd when you think about it. Max Cady has just finished a 14-year prison stint after getting convicted of sexually assaulting a 16-year-old girl. His defense attorney at the time, Sam Bowden (excellently performed by Nick Nolte) “buried” a report that showed the attack’s victim was promiscuous, which might have reduced Cady’s sentence. We learn that in jail Cady found out that his attorney gave an un-zealous defense. Subsequently, he’s studied up on the law, exercised a lot, and is ready for revenge.

Cady begins tormenting the Bowdens in ways that are, according to almost every character in the film, just outside of the law. In one especially creepy scene, De Niro impersonates a drama teacher at the school that Sam’s daughter goes to. Then, amid Fourth of July fireworks, Cady sits right outside of the Bowdens’ house, where he’s technically not trespassing on their property. Later on, a judge even approves a restraining order — to protect the tattooed-covered, visibly intimidating De Niro from Nolte.

Where did this jurist go to law school? Trump University?

And if that improbable scene doesn’t win you over, I’m sure this one will: A coterie of goons Sam hires to accost Cady come at him with maces and baseball bats. Cady dispatches them with ease. But the whole time, you’re wondering why someone didn’t bring a firearm just as a safety precaution. Were these tough guys afraid of violating North Carolina’s gun laws? Leave logic at the door, Scorsese seems to be saying here.

Once the movie really just becomes the Robert De Niro show, it’s a guilty joy to watch. De Niro’s performance earned him a Best Actor Oscar nomination, but in 1992 he lost the statue to Anthony Hopkins’s role as Hannibal Lecter in “The Silence of the Lambs.” This snub, all things considered, is a shame: Both actors played psychopathic killers in their movies, but De Niro at least tried to pull off a convincing accent.

Scorsese’s usual exciting camera work and rapid-fire-editing make the screen jump with electricity. Also great is Juliette Lewis, who received a nomination for Best Supporting Actress as Bowden’s teenage daughter, Danielle. Her scenes with De Niro ratch up the creepiness to an 11 and hint at a riskier, scarier movie inside of “Cape Fear” — which is a mostly camp affair.

The film also follows the old Anton Chekhov proverb that if a gun is shown onstage in act one, it will be used in act two. Watch out for the little details. There’s a missing piano wire at the Bowdens’ house; notice Cady’s perpetual cigar smoking; Joe Don Baker’s scene-stealing private eye has a drinking problem. Everything comes full circle in this film, even if a lot of its ideas are dumb or flat-out-impossible.

Great is sometimes overrated; sometimes, you just want to watch a fun movie. “Cape Fear” isn’t Martin Scorsese’s best film. It’s not even one of his best movies from the 1990s. But as a hang-out movie where you invite friends over for pizza and rent something to watch on a streaming service, you could do a lot worse than “Cape Fear.” 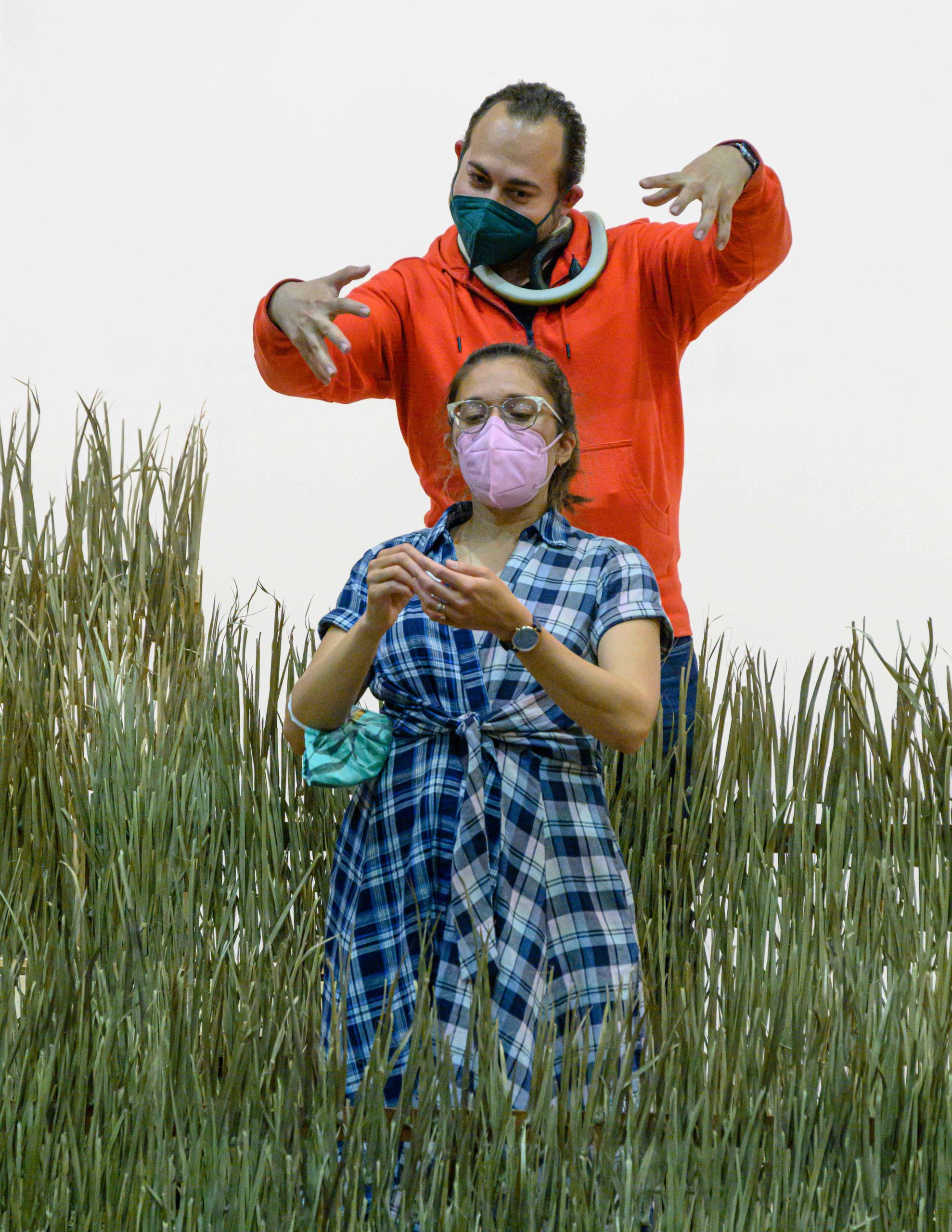 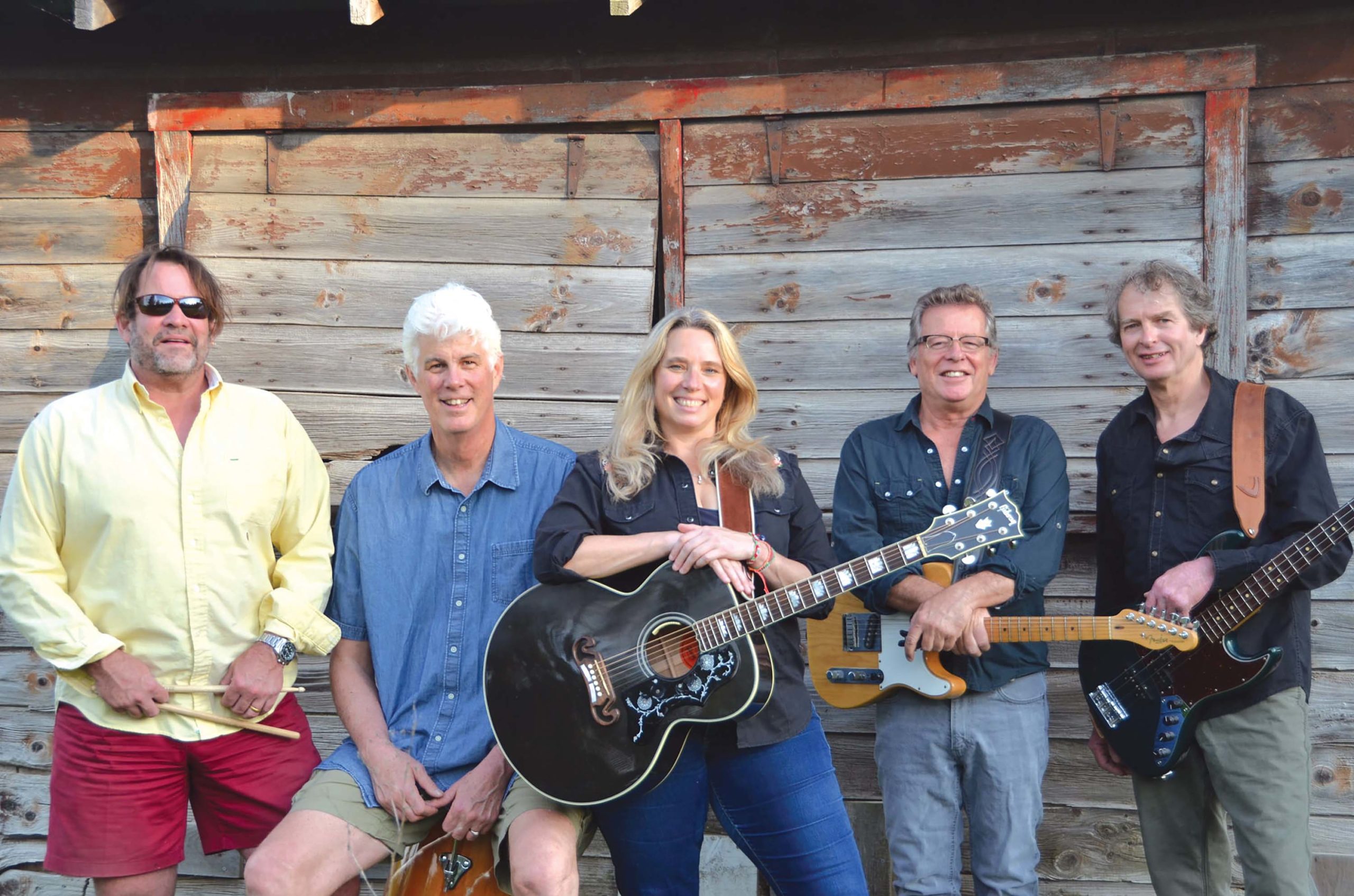