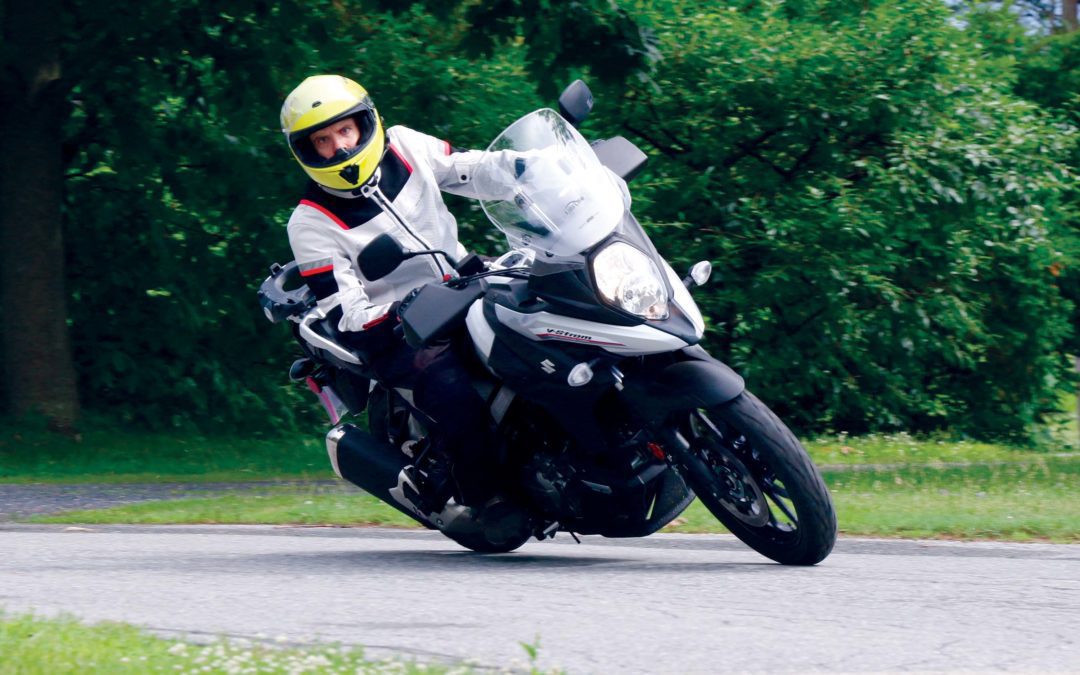 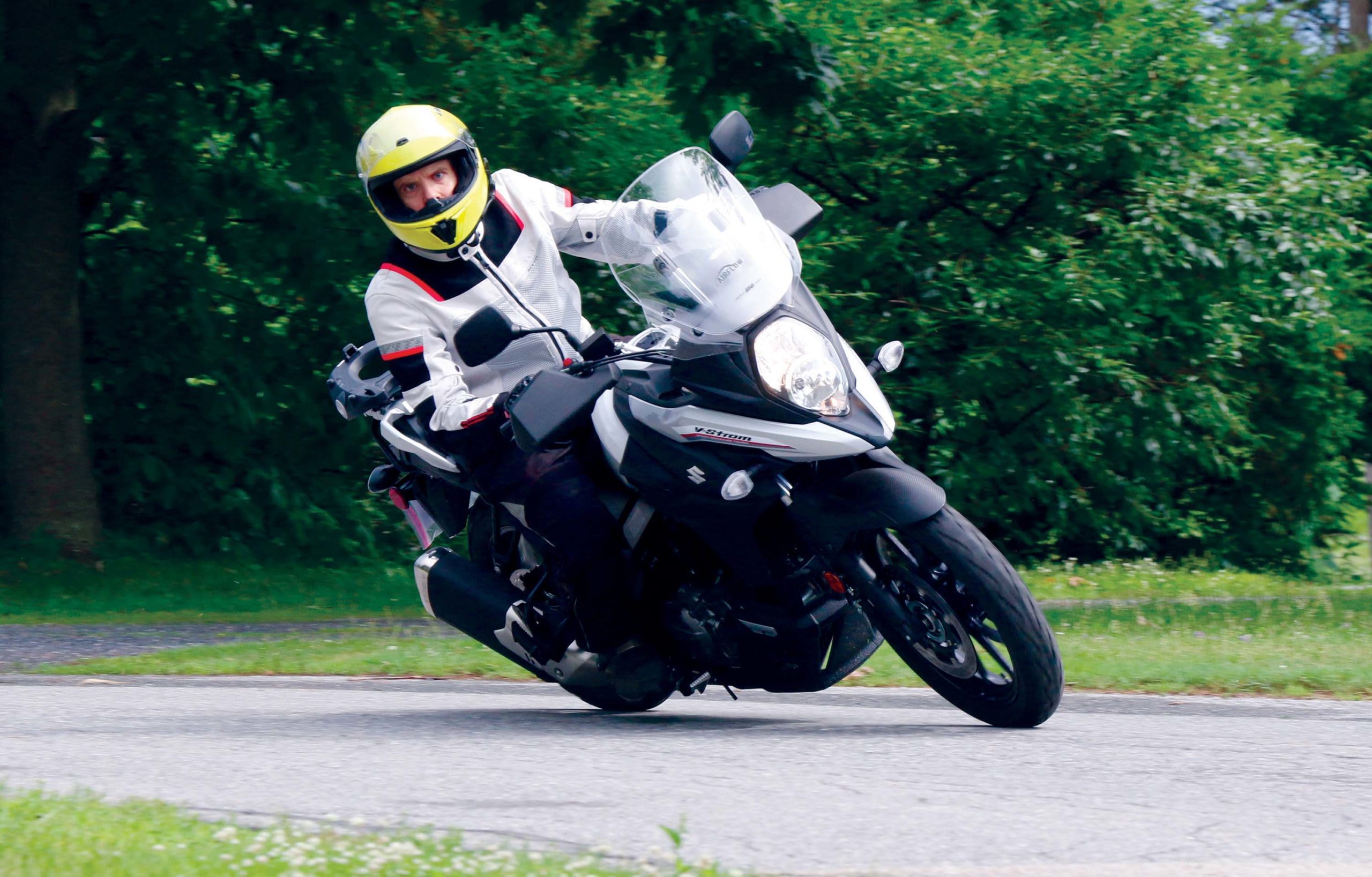 ADAM FRANCO, A Middlebury software developer and motorcycle enthusiast, created a program called Curvature back in 2012 that “generates a map highlighting the most twisty roads, all across the world.” After a decade of work, Franco has most of the major roads mapped out in Vermont. Independent photo/Steve James

Most of us might think that Google Maps works perfectly well. Sure, sometimes there’s a glitch here or there, especially in areas with spotty service or when the navigation takes you straight through heavy traffic just because it’s the shortest route. But yeah, generally, Google Maps gets lots of us from point A to point B just fine.

This question led local software developer and motorcycle enthusiast Adam Franco to wonder if he could create a better option that suited his love for twisty roads.

“I have an intense need to figure out how something works; how do things fit together?” Franco explained. “That applies to physical systems, electrical systems, political systems… Then I wonder how I might take it apart and put it back together so it works a little better.”

“Around 2011, I started motorcycling as a hobby,” continued Franco, who had just come off a two-week road trip when we spoke last month. “I’d been a bicyclist almost my entire life (mostly mountain biking). Getting on a motorcycle let me explore further and faster.

“Many people enjoy riding though curves. The fun is acceleration — centripetal acceleration — around a curve. As someone who doesn’t like to go particularly fast… curves allow us to feel that compression and g-force through the turns. Riding twisty roads makes it more interesting, challenging and generally more fun.”

Now Google Maps is definitely not going to take you on a specialized twisty road, so Franco set out to develop his own software that locates twisty roads all around the world and categorizes them from “moderately twisty” to “very twisty.”

“I can get the raw data from the OpenStreetMap for the path of every road, but how to determine which ones are the most twisty,” Franco asks on the “How it Works” page on his website. “At the beginning I tried strategies such as calculating the ratio of distance traveled on a road versus the distance between the start and end points. Unfortunately all of these initial methods had situations that confused the algorithms (such as circular roads) or didn’t distinguish between fun curves and boring broad changes of direction that would only be exciting at far beyond the speed limit. What I eventually came up with is a process of calculating the radius of curvature at every segment of every road and then adding up the length of the most curvy segments to get a total distance spent cornering. The twistier the road, the more distance (and time) is spent cornering.”

Franco, who graduated from Middlebury College and now works there as a senior applications developer, completed Curvature — his software program for finding and displaying twisty roads — and launched it in November 2012.

Simply put: “Curvature generates a map highlighting the most twisty roads all across the world.” Franco’s program uses the data from OpenStreetMap.org to find the curvy roads. Visitors to roadcurvature.com can download KML map files showing the curving roads — color coded along a range from “moderately twisty” to “very twisty” — or just view them on the website.

Curvature is offered free for anyone to use. Franco accepts donations to help offset the server costs for all that data, but donations definitely don’t cover everything.

“I’m a firm believer in open source software,” Franco said. “I’m standing on the shoulders of others so that then others can build on top of that… There are so many things we can do together that are overwhelming to do alone.”

“Mostly I want to encourage people to help edit the map (OpenStreetMap) and make the data better,” he said Franco, adding that he recently made a big push to do analysis of “conflict zones” along roadways (i.e. stop signs, traffic lights, speed bumps, roundabouts, pedestrian crossings and parking areas). “If the corner is flagged as a conflict zone I zero out the corner; it’s not particularly interesting to do a corner at a stop sign.”

After 10 years developing Curvature, Franco doesn’t show signs of slowing down. Nope, if anything, this self-described “techie” is “obsessed with mapping.”

“I have a camera that takes a picture every second while I’m on a ride, then I can take that data and update OpenStreetMap,” Franco said. “I’ve been heavily involved in doing a lot of detail editing around the Middlebury area myself and I’ve been encouraging others to do that too: Add your house, ponds, forests… Then explore the maps to get an appreciation of the landscape around us.”

What if you don’t want your house, driveway or speed bump listed? Well, some of the data is public record, so that’s that; but Franco said you can also mark your property as “private access” so that anyone using Curvature or OpenStreetMap knows that’s not an area they can explore.

“Over the past decade that I’ve been doing this I’ve actually gone through and tagged all major roads in Vermont,” Franco said.

But Franco uses OpenStreetMap and Curvature for far more than just his Vermont travels.

“I use these services for planning almost all of my trips,” he said. “I don’t really trust the automatic navigation systems. They will get you where you want to go, but not necessarily the best way. By default they’ll try to take you the fastest way, but that’s not necessarily the fun way. I much prefer exploring the small roads.”

So when Franco is ready to go out for an afternoon or evening ride (he’s not a morning person) he starts at his computer.

“Let’s say I’m planning a short afternoon trip, first I find a couple fun roads I want to hit, then I have to link between them,” Franco explained. “One of the most time-consuming things is convincing the navigation system to go the way I want to go.”

Then, with map in hand, he hops on his Suzuki V-Strom 650 — an adventure touring motorcycle — and off he cruises.

Wondering what’s the most fun road to ride near Addison County? Adam Franco suggests checking out Tracy Road, which goes from Mineville (near Port Henry, N.Y.) over to I-87. There are more than 50 corners in 8 miles, and only a few driveways.