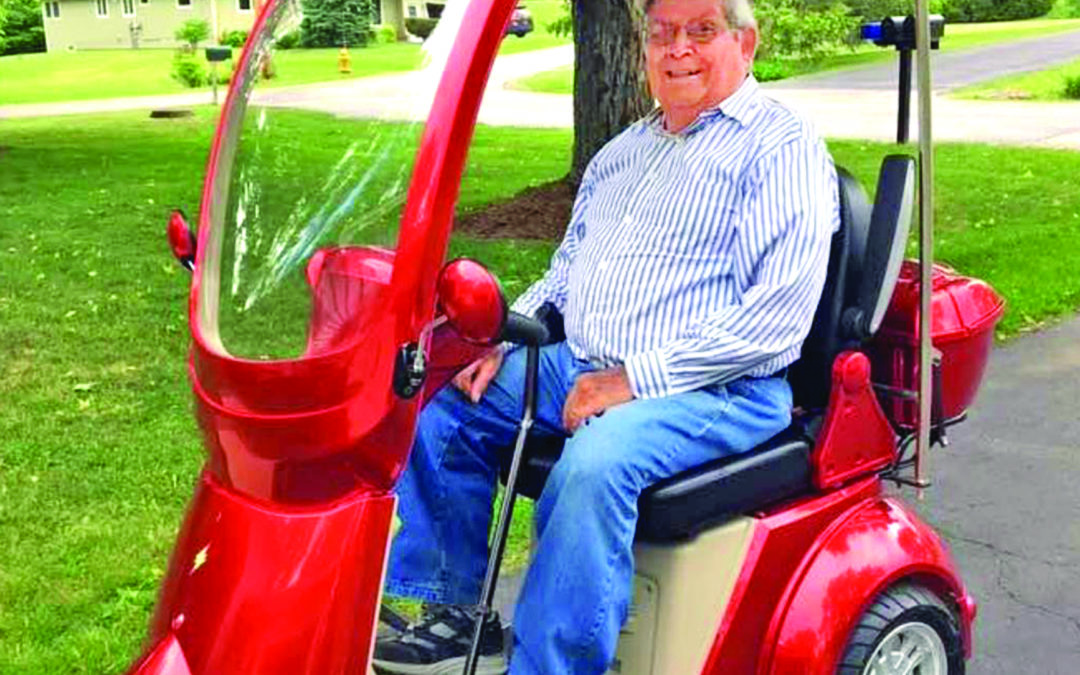 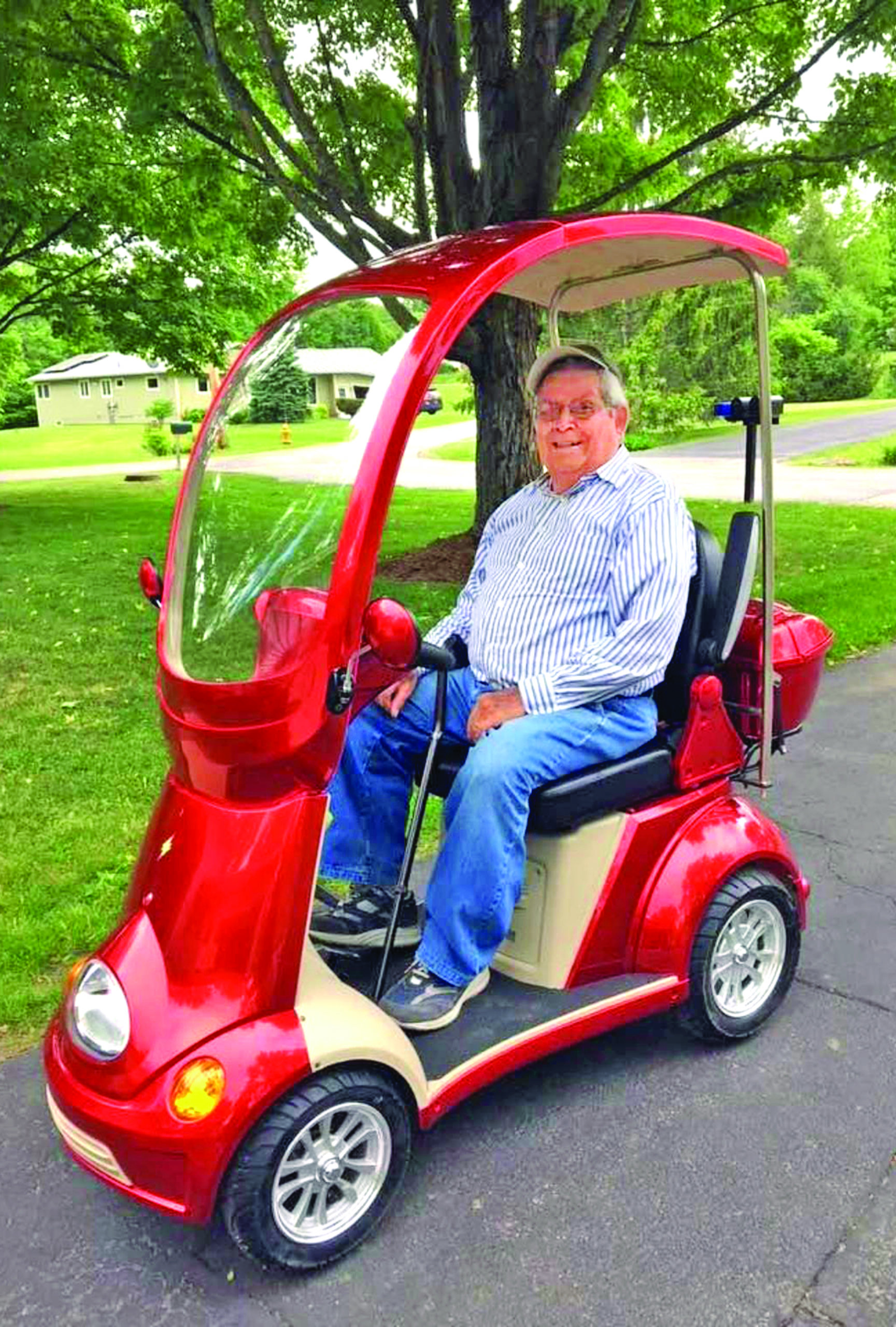 WEYBRIDGE — Richard M. Lussier, 88, died peacefully at his home, with his family at his side, on Monday evening, July 13, 2020. He was born Sept. 25, 1931, in St. Joseph, Quebec, Canada, the son of Rosario and Irene (Laflame) Lussier.
Richard married the love of his life Simone (Girard) Lussier on Aug. 29, 1959.
In his last years, he may have been best known around town as the “red scooter guy.” In his retirement he loved to stroll around town to see what was going on.
He was a member of St. Mary’s Catholic Church.
As a young man, Richard always dreamed of owning a dairy farm. He emigrated to Vermont in 1959, when he and his brother Renald purchased a farm together. He was known as a progressive dairy farmer and loved working the fields.
He is survived by his children, Marie Audet and husband Eugene of Bridport, Roger Lussier and wife Shari (Flynn) of Middlebury, and Elaine Markey and husband Anthony, of Weybridge; eight grandchildren and eleven great-grandchildren; three brothers; two sisters; and several nieces and nephews. He was predeceased by his wife Simone of 55 years, his parents and three brothers.
Because of the pandemic, there will be no calling hours and the funeral service will be private for the immediate family.
Memorial contributions may be made to Home Health & Hospice, P.O. Box 754, Middlebury, VT 05753.◊