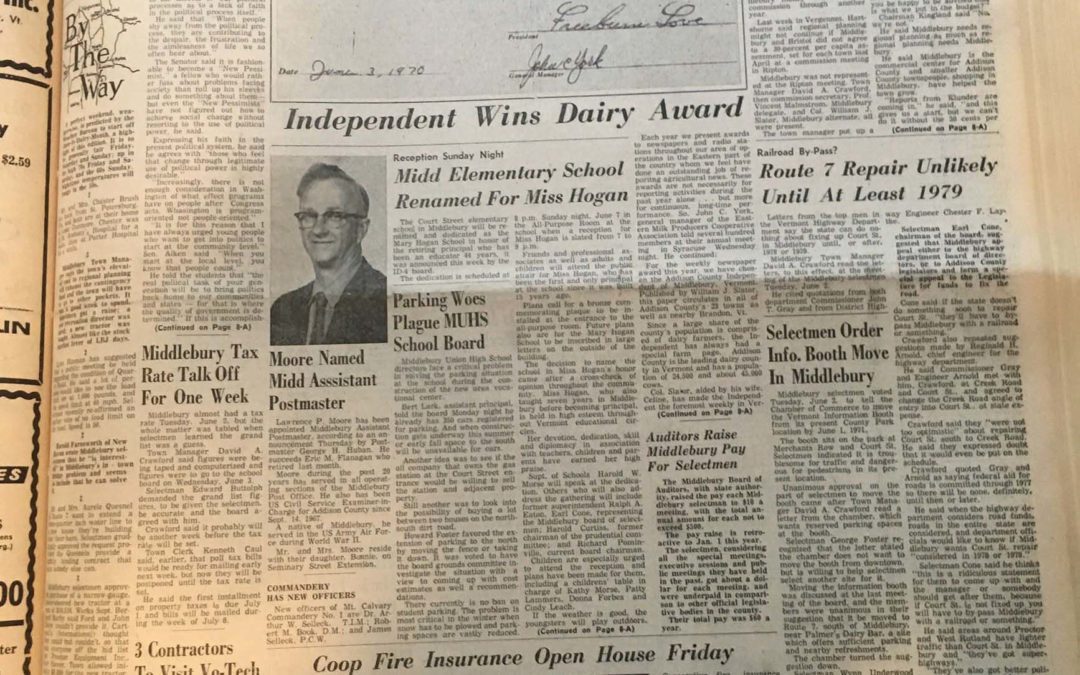 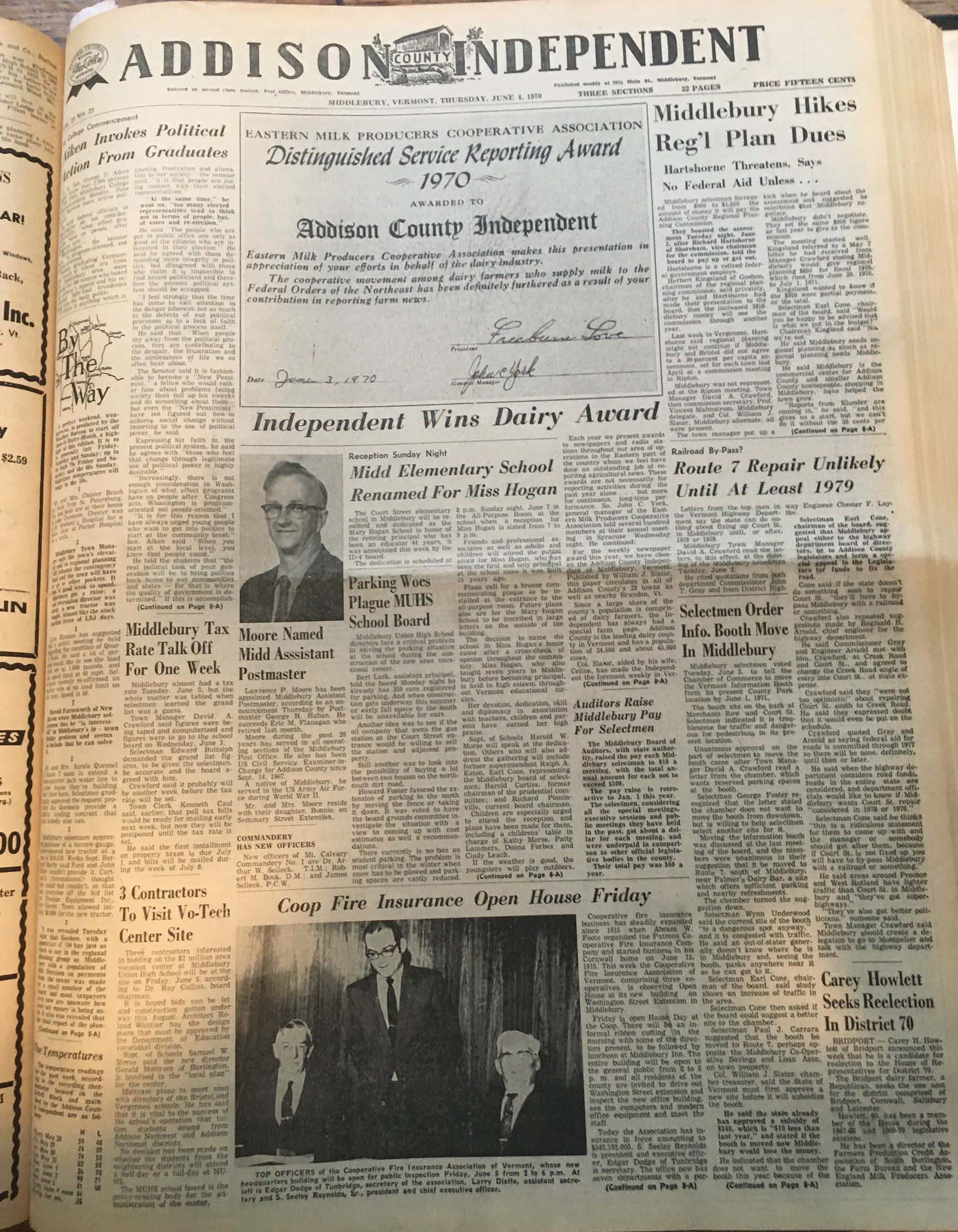 ADDISON COUNTY — June began quietly in Addison County 50 years ago this week with the local newspaper brimming with stories that look similar to life today but also different. Here are some of the top stories that appeared in the June 4, 1970, edition of the Independent:
•  The ID-4 school board officially renamed the Middlebury elementary school in honor of retiring principal and long-time educator Mary Hogan.
•  Five people were injured in a serious two-car crash in Orwell, including a four-year-old boy who received head injuries but was expected to recover.
•  Middlebury College student Michael T. Bishoff was charged with arson in connection with the May 4th fire at Recitation Hall on campus.
•  The Independent received the Distinguished Service Reporting Award from the Eastern Milk Producers Cooperative Association in recognition of its coverage of farm and dairy news.
•  Nelson Pickering, a veteran of the Spanish-American War in 1898, was still alive and kicking at age 94 when he was photographed placing a wreath at the Soldiers Monument in Middlebury on Memorial Day.
•  Addison County celebrated “Dairy Month” to promote local farmers and the dairy industry. Articles promoted dairy-based recipes and examined effective pasturing systems and the differences between cow breeds, while Farm News columnist Lucien Paquette hailed Addison County as the “land of milk and honey.” The Addison County Farm Bureau even named a “Dairy Princess,” Mount Abraham Union High School student Elizabeth Shattuck of Monkton. At the time, the county had a population of 24,500 people and about 45,000 cows, and Vermont was the largest dairy-producing state in the nation.
—Emma Pope McCright

Share this story:
This article’s tags:
50 years ago this week, Emma Pope McCright, from the archives