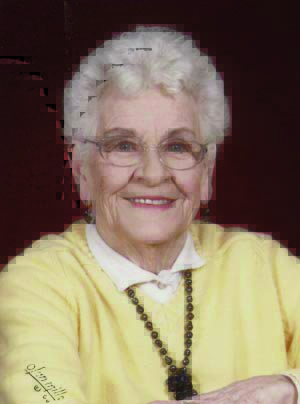 NEW HAVEN — Seth Oscar Nelson died on Saturday, April 25th, 2020. Seth passed from this world in the presence of his two brothers and mom who will miss him, his bright smile, and infectious laughter. Seth was a devoted and loving father to his daughter Olivia, through who his sense of humor, smile, and brilliant mind will live on.
Seth was born on December. 4, 1981, shortly after his mother decided it was a good idea to bake a batch of chocolate peanut butter chip cookies and ate them all, which may be where his sweet tooth came from.
Seth served in the United States Army and quickly advanced to the rank of SSG. Seth received orders to deploy for OIFII – Operation Iraqi Freedom II from Nov. 15, 2004, through Dec. 16, 2005. Seth served for nearly 10 years and was honorably discharged when he retired from the military.
It was apparent even as a toddler just how gifted Seth was, and that fact was confirmed time and again over the years. Seth had an incredibly brilliant mind, worked in the information technology field with great successes, and could do anything he set out to do.  His quick mind, wit and often a tinge of sarcasm was enjoyed by all he encountered. He was entrepreneurial in many endeavors, including brewing extraordinary beer that left many clamoring for his recipes and next batch, helping his brother launch Brock’s Decadent Delights, that the family still enjoy the sweetness of every Christmas, developing iMovies from photos that were choreographed perfectly with music, including “Crossing The Pond” a movie of his deployment to OIFII.
He was the ultimate IT guy, fixing everyone’s computer problems and iPhone issues, and always had the answers we were all looking for, no matter the subject or challenge one faced. Go ask Seth; he was quietly wise, a problem solver, and taught us all with great patience and compassion always leaving you a bit wiser from the encounter.
Seth is survived by his daughter Olivia Lucille Nelson, and Olivia’s mother Kathie Shedarowich, of Ferrisburgh; his father, Peter A. Nelson II and partner Bev Conway; his mother, Martha A. Halnon and partner Steve Miller; older brother Brock Preston, wife Laura, and their children Levi and Xander; his younger brother Caleb Tucker and wife Kate; stepfather Dale Tucker; guard dad Dave Lucey; grandmother Charlotte Nelson; and his many loving and ever-cherished aunts, uncles and cousins.
Seth is predeceased by several other family members and his beloved dog and best friend Max.
Due to the current pandemic and Seth’s father being out of the country, his military memorial service will be held at a later date that will be posted. We hope to see you all then to help us celebrate his life in honor and style.
Arrangements are under the direction of the Sanderson-Ducharme Funeral Home.
Online condolences at sandersonfuneralservice.com.◊