Movie review: After the wedding 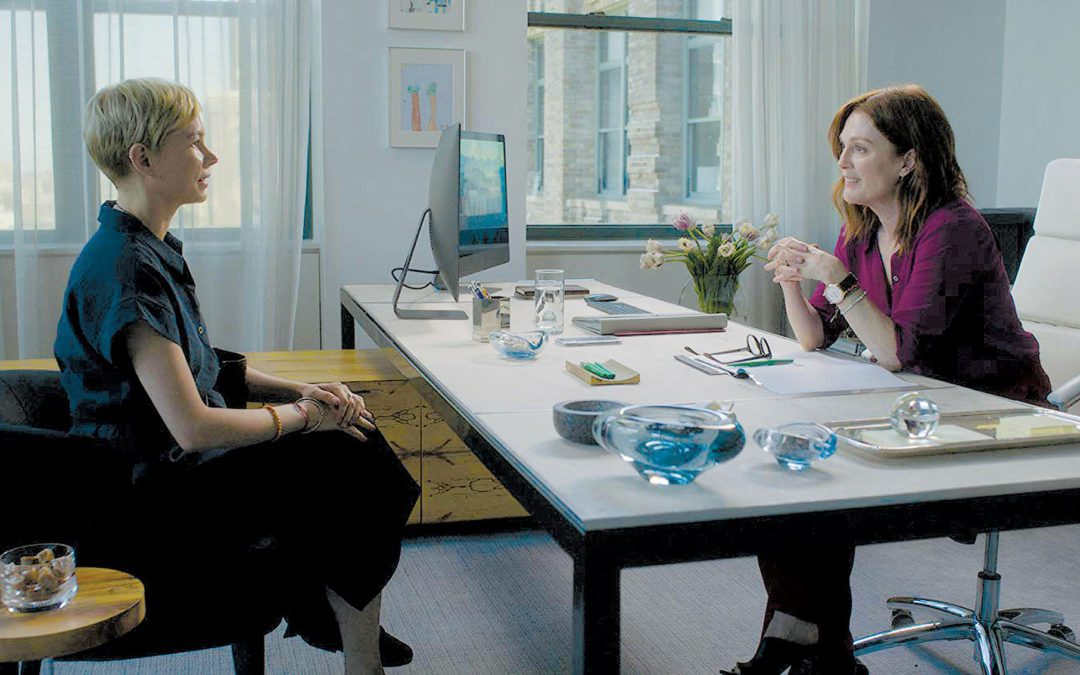 Movie review: After the wedding

MICHELLE WILLIAMS AND Julianne Moore star in “After the Wedding” (2019).
By Joan Ellis

After the Wedding — Running Time: 1:50 — Rating: PG-13
“After the Wedding” unfurls gradually as it introduces us to locations and characters. A salute to writer Susan Bier and director Bart Freundlich for letting us get to know the principals before they begin to interact with each other. The whole story would feel shallow if we didn’t already know these people when circumstance brings them all together.
It opens in India where Isabel (Michelle Williams) has designed a system for delivering food to children who have no money to buy even the basics. They love her; she loves them. Just as we begin to know their friendship and their town, Isabel is summoned to New York to accept a donation of $2 million from an organization with the same goal of helping people. Yes, she has to come, they say, because they need her to explain her cause.
Theresa (Julianne Moore) is the highly successful New Yorker who shares Isabel’s determination to help children. Her own daughter Grace (Abby Quinn) is about to be married so she is busy preparing for the wedding but wants to meet the woman she is enriching for the cause they are both devoted to. When the quiet Isabel meets the accomplished, confident Theresa, we who have watched the buildup with growing interest are now fully on board.
As the splendiferous wedding reception soars to music and the noise of hundreds of important people, the plot does the same — in an irresistible way. Amidst all that noise, the principals begin to unravel the truth of their connections. Because we already know them well as individuals, we experience surprise, empathy, and curiosity about what is unfolding and where it will go. Though it’s tempting to explain more, better if the surprises in both happenings and characters roll over you.
The best part of all this is the acting. Billy Crudup makes “Oscar” a seriously good man. Quinn endows “Grace” with a complex core of intelligence and honesty. As we watch them, habit makes us wonder when he will turn bad. Instead, we are watching a movie that gives us fine human beings caught by troubling circumstance. It’s rare for writers and directors to slide away from creating villains instead to give us smart, honorable people all trying to do the right thing.
That leads us to the performances by Williams and Moore. No details here on the bones of their parts or the plot. It’s best to say simply that each one of them conveys their love of the children they work for in such a way that we are deeply affected. When complications set in for the adults, each in her own way acts her role so creatively that we believe them completely. We root for both of them in the complex situation they have built.
How often do we watch a film with a plot so convincing that we want everyone to win? When sadness surfaces, we blame no one.
— Reviewed by Joan Ellis

Share this story:
This article’s tags:
After the Wedding, Joan Ellis, movie review