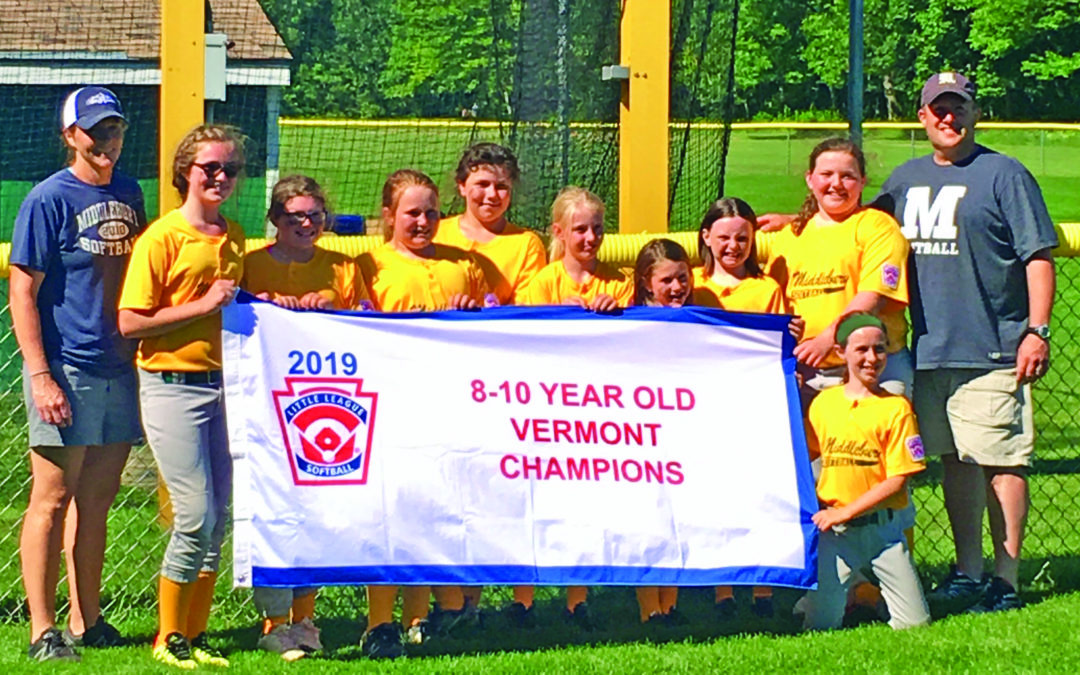 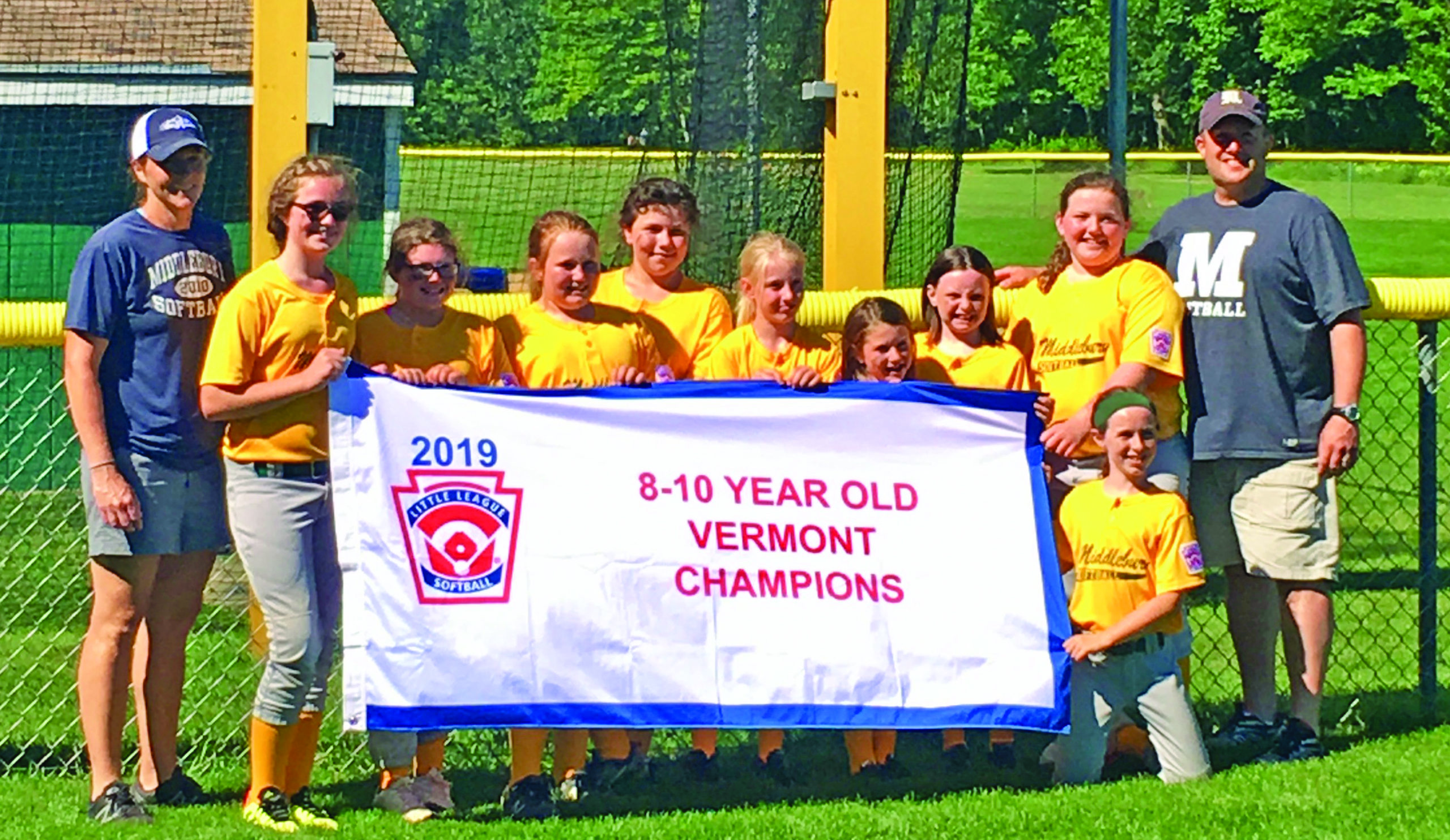 COLCHESTER — The Middlebury Minors Softball All-Star team won the Vermont District 1 Championship earlier this month in Colchester. The team went undefeated in pool play and advanced to a best-of-three championship series against the Colchester All-Stars.
In that series, Middlebury won the first game, 11-6, on July 2. The local squad was edged in the second game, 7-6, on July 7, but took the field immediately after and prevailed in the deciding game, 9-7.
Because of scheduling conflicts the team did not go on to compete for the state title.
Coach Peter Bevere explained that this year, the All-Star Minors softball team was comprised of just Middlebury Area Little League players. As a result, they only had 11 players, but Bevere said they were a great group of girls.
“They worked hard and were very supportive of one another,” he said. “They put in long hours between practices, games and travel to and from Colchester for the district tournament. I couldn’t be prouder of how they represented our area both on and off the field.
He looked forward to seeing the sport and the players flourish.
“It’s going to be a lot of fun watching them continue to grow as players,” Bevere said. “The future of softball in our area is very bright.”