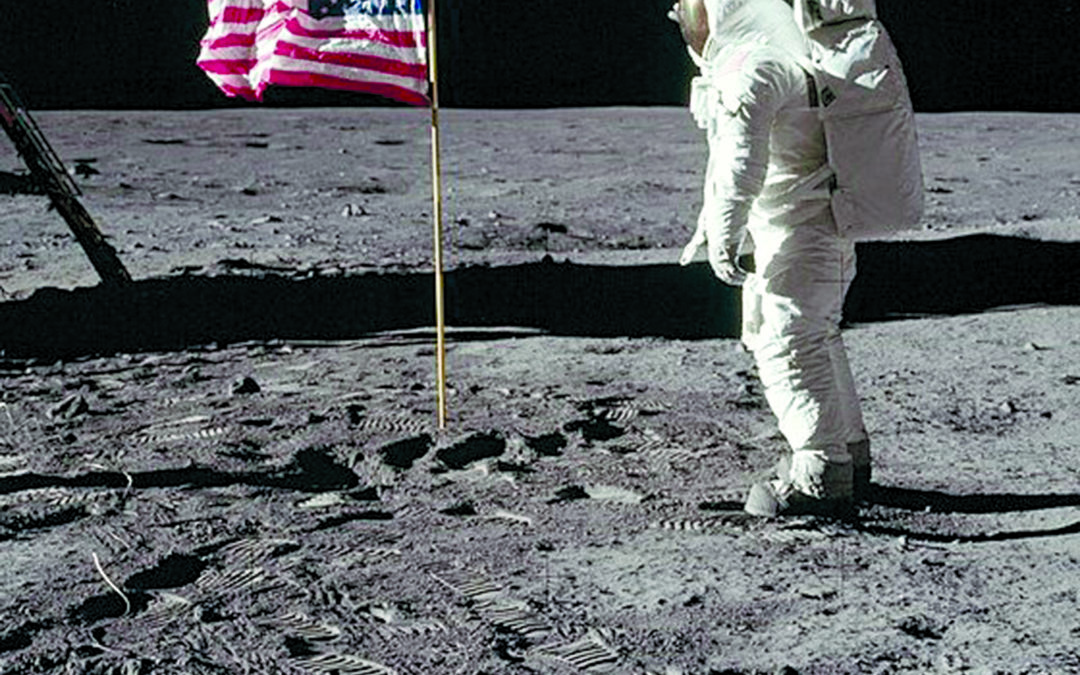 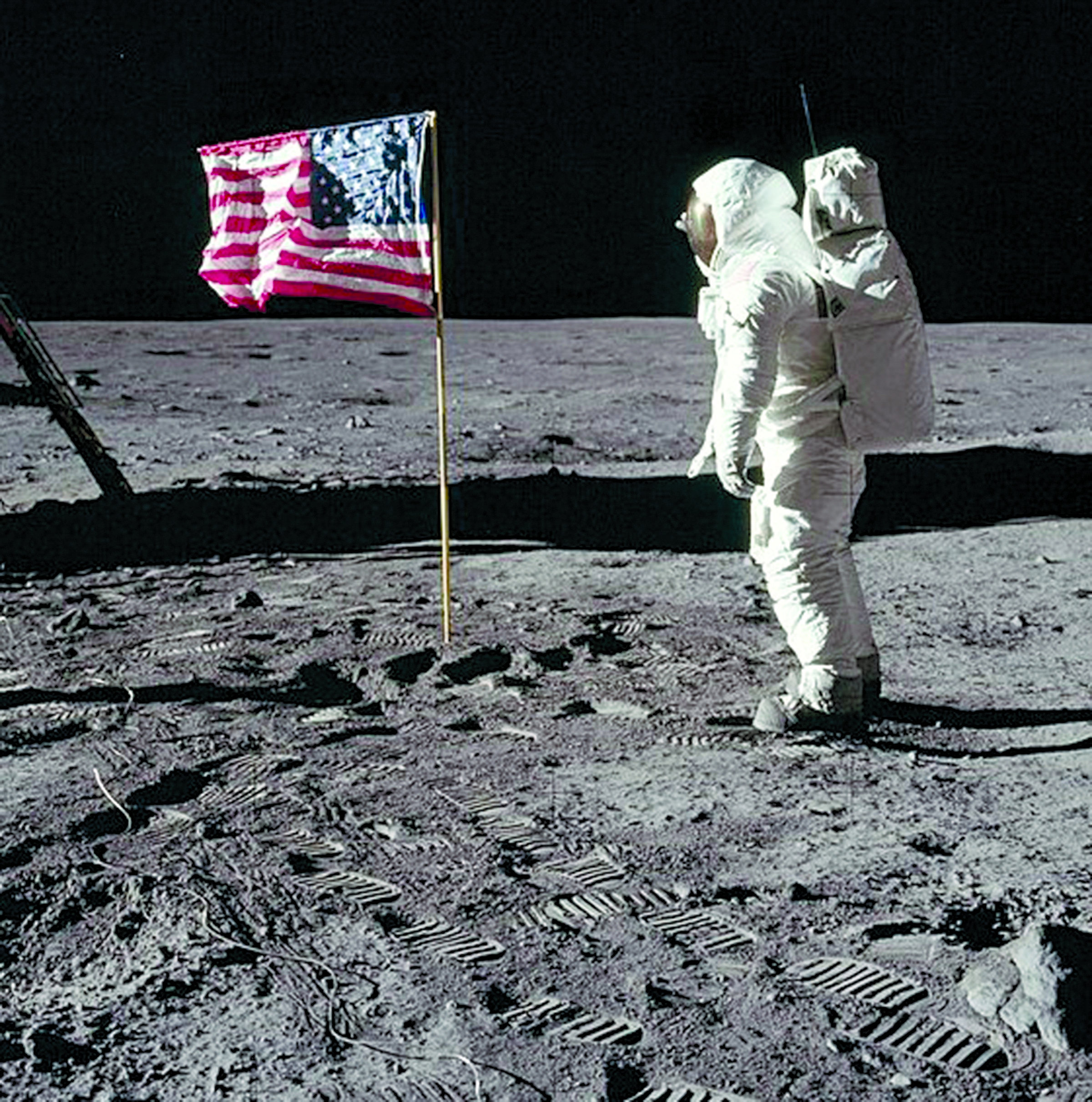 Apollo 11 — Running Time: 1:33 — Rating: G
Watching an American crew landing on the moon 50 years ago stirred a complex mix of emotions in those of us who were alive and watching on our relatively new TV sets. We earthlings watched in deep curiosity as three men undertook a mission that riveted our world back then in 1969.
That perfect white ball of a moon had been a mystery for all the centuries we earthlings had loved its glow and suddenly we were watching three modern astronauts shuffle through moon sand. The fact that three capable men were chosen to fly to the moon on the wings of the new technology of the ’50s is as absorbing now as it was then. As you watch, imagine what’s going on in the minds of Commander Neil Armstrong, Buzz Aldrin, and Michael Collins and the crowd of experts bent over computers on the ground.
What “Apollo 11” gives us is the whole picture in graphic detail. We follow the three from countdown to their final landing, to the planting of the flag, to their return. The most astonishing thing is that the return seems even more of a miracle than the initial flight. Their capsule takes off from the moon and must meet and couple mechanically to the other part they had left behind in space. At 82 miles in the air, the parts of their separated ship must recouple for the return to Earth. Hundreds of assembled parts controlled so carefully by the men in the space headquarters all work exactly as designed.
The human side shows us the hundreds of men in suits and ties bent over their machines as they went over every detail of the flight. Everything seemed impossible and everything went perfectly. The complexity of why and how that worked is astonishing even today. Nothing in the construction, the design or the testing went wrong. During a flight of 240,000 miles, the complex rocket did exactly what it was built to do.
Those of us who watched them do this a half-century ago thought of it as step one in the exploration of space. Who would have thought 50 years would pass without further major spatial accomplishment? Who imagined their success would stand as the major realization of John Kennedy’s proposal to go to the moon? He never lived to see his hope accomplished.
The complexity of the process and the excitement of the victory are delivered to us in beautiful detail and color, thanks to modern techniques used to spruce up the quality of the old photography. It’s so well done that we realize that going to the moon was a fantasy that became a dream and then a reality in the hands of the hundreds of people who worked on it along with the three men who risked their lives. Together, they flew to the moon 384,000 kilometers from Earth at 1 km per second and not one thing went wrong.
— Reviewed by Joan Ellis