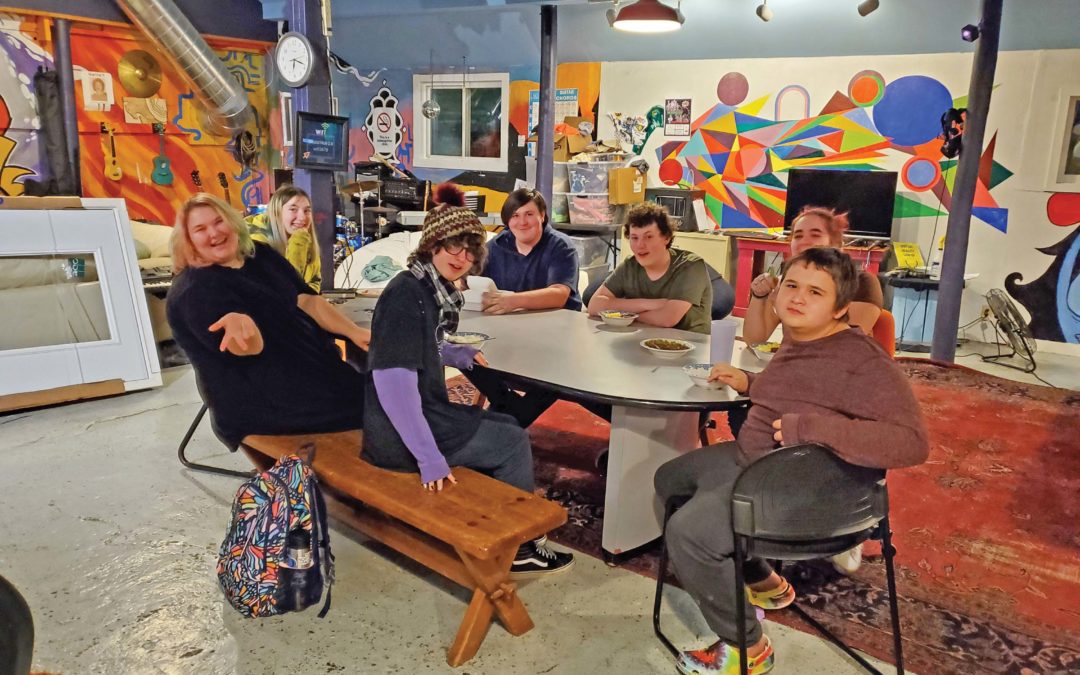 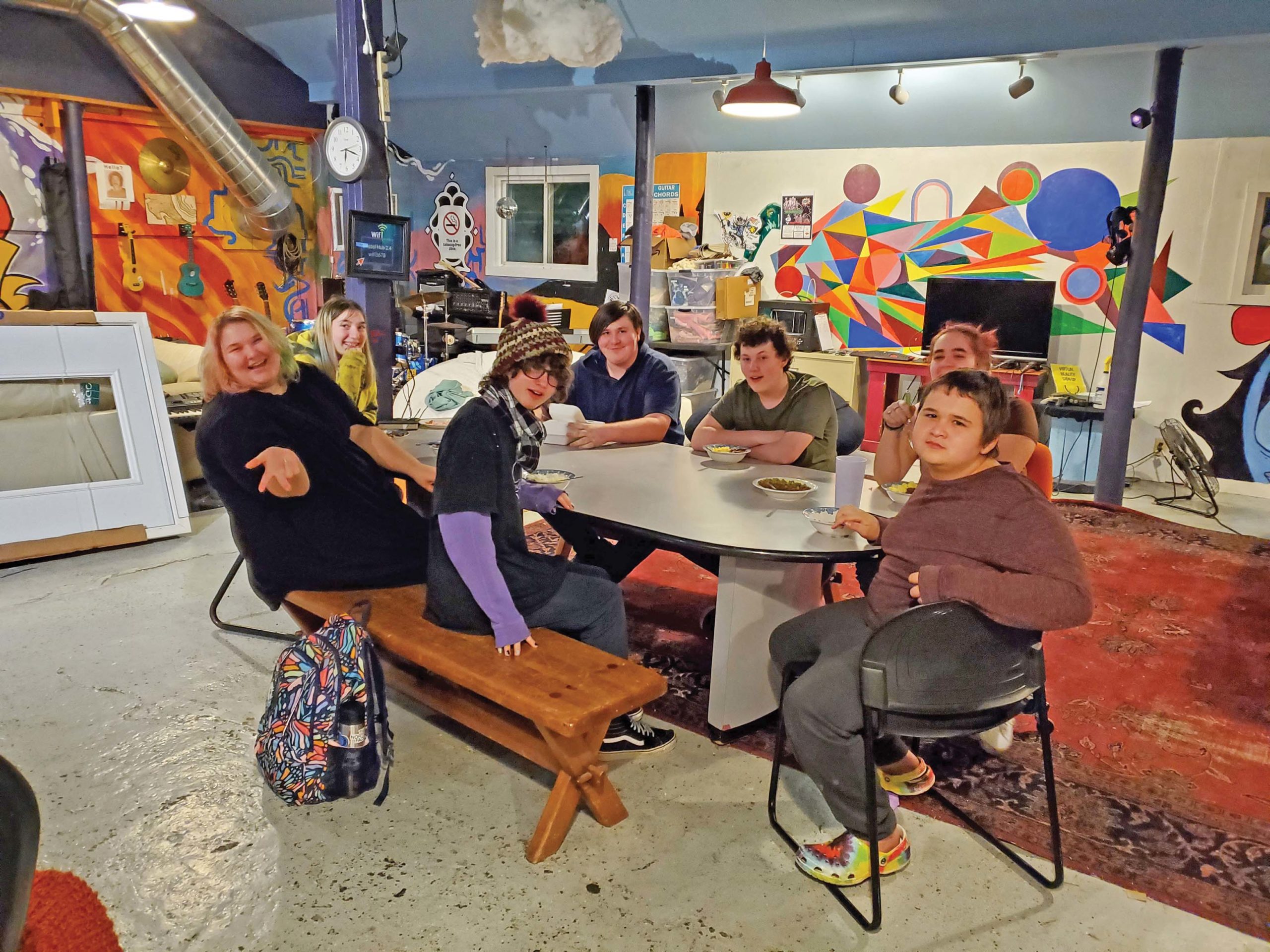 5-TOWN TEENS ENJOY dinner at the Bristol Hub Teen Center last week. The Hub is now open into the evening two nights a week, offering a meal and community building activities for youth in the Mount Abraham Unified School District thanks to a partnership with the MAUSD’s Extended Learning Program. Photo courtesy of Jackie Steponaitis
By Marin Howell

BRISTOL — The Bristol Hub Teen Center this fall has extended its hours and is now offering dinner and themed workshops two nights a week for teens in the 5-Town area. Bristol Hub Director Taylor Welch said a partnership with the Mount Abraham Unified School District’s Extended Learning Program enabled staff at the teen center to fulfill a long-held goal of staying open later.

“We’ve gotten requests to extend hours. So, being able to offer the safe space that we provide for more time is a huge thing,” she said.

Earlier this year, the Extended Learning Program, known as ELP, received $200,000 in Elementary and Secondary School Emergency Relief funds from the Vermont Agency of Education to use over the next two years. The ELP offers afterschool and summer programs for MAUSD elementary and middle school students, and ELP Director Mandy Chesley-Park said the funds provided an opportunity to support an organization that serves older students in the district.

“The Hub is such a great community resource, so it was exciting to build out that partnership,” she said. “We’ve been talking to Taylor about how she wants to grow (the Hub), diversifying the population and making sure people know what’s going on there.”

Located on Airport Drive within walking distance of Mount Abraham Union Middle/High School, the Hub offers local youth ages of 12-19 a place to hang out after school. Typically, the Hub is open from 3 to 6 p.m. on weekdays that school is in session and, as of Oct. 31, the teen center is open until 8 p.m. on Mondays and Wednesdays. On these late evenings, teens can stick around for a free meal and community-building activities.

Jackie Steponaitis, the Hub staff member who is running these extended hours, said each evening will look a little different. Mondays will be focused on giving teens the chance to sit and talk with one another over dinner.

“Typically, I’ll try to start off the conversation easily like ‘how was your day’ and then I’ll slowly lead it into what the teens want to talk about,” Steponaitis said. “Last Monday was a Star Wars themed night. We started talking about upcoming movies they were excited about, that led to a conversation about superheroes and then all the way to talking about the representation of LGBTQIA+ in superheroes.”

“Food is always a major goal of ours. And in addition to dinner, there is the kind of traditional sit-down dinner experience where we pull everyone off electronics, and everyone talks and exists in that space without distraction,” she said. “For some people that’s a really familiar experience, and for others it’s less so, so it’s just really giving them that opportunity.”

Wednesday evenings will be more structured, with short workshops focused on topics that teens are interested in. This week’s workshop covered basic Japanese phrases, while future workshops are slated to cover topics like how to build a résumé and staying organized.

Steponaitis said she’s hoping these evenings at the Hub indulge teens’ curiosity and give them more agency as they navigate the world.

“We always try to have the teenagers tell us what they want to learn,” she said. “They have a lot of general life questions, so I’m hoping through these extended hours not only can they learn how to be more independent, but they can also feel like they’re gaining more confidence in themselves by achieving their goals.”

Steponaitis said the first few evenings have had a lower turnout, but she expects that will change. The center currently receives hundreds of visits from teens every month.

“We had about eight kids show up each day,” she said. “I think as word gets out and the days get colder there will be an increase, we expect about 10-15 kids regularly.”

“If that’s the need, which it looks like it is, then we’ll continue to find ways for kids to stay there longer,” she said. “It’s in development and we’re going to do whatever we can to support the work (at the Hub) and provide more programs.”