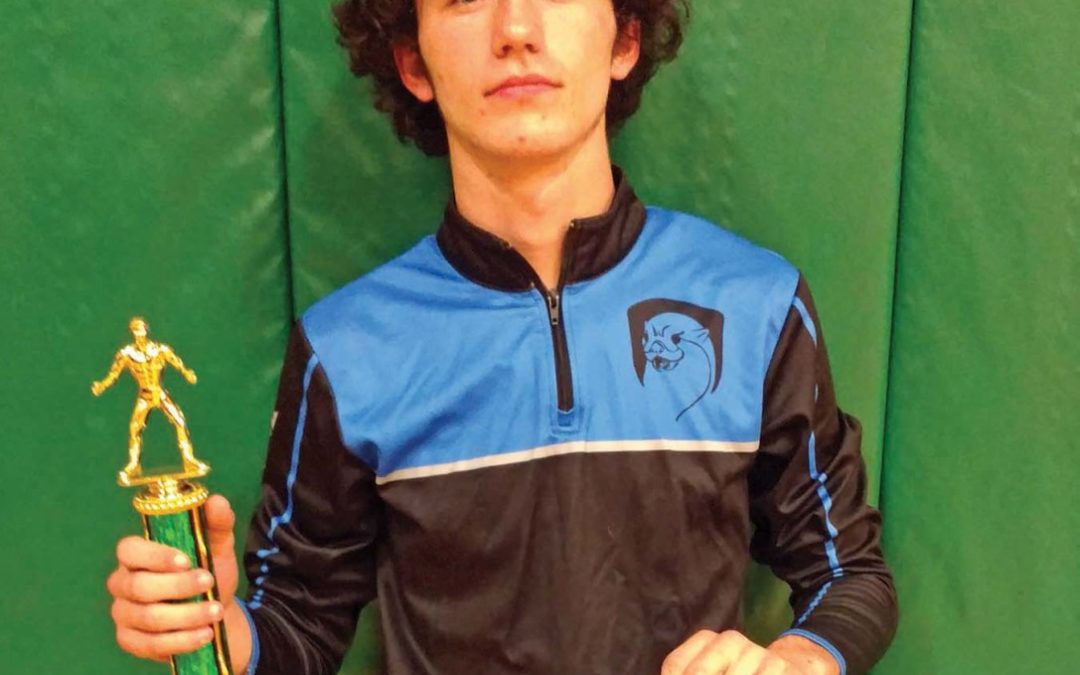 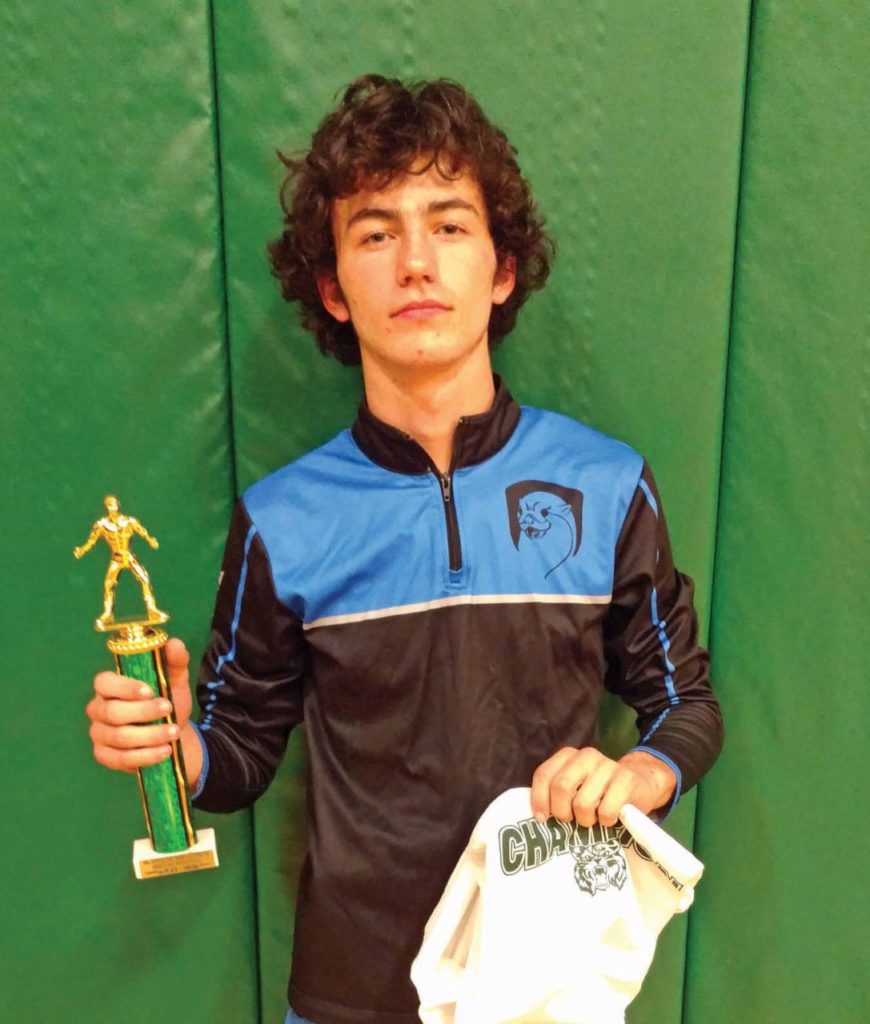 Whitney went 5-0 in the round robin tournament, pinning his first four opponents in the first round and defeating his Essex opponent, 7-2, in his fifth and final match. It was his first tournament championship.

Senior Sam Martin went 4-1 with four pins at 215, but fell in his final match and settled for second place.

Freshman Isaac Whitney at 189 had the next best result. Isaac Whitney finished in a three-way tie for first with a 4-1 record with four pins, but had to settle for third on a mat-time tiebreaker.

Sophomore Simon Martin also earned a third-place result at 215, as did junior Malachi Sheldrick at 152.

Tucker Babcock at 160 and Derek Li at heavyweight also competed for the OV varsity squad at the tournament.