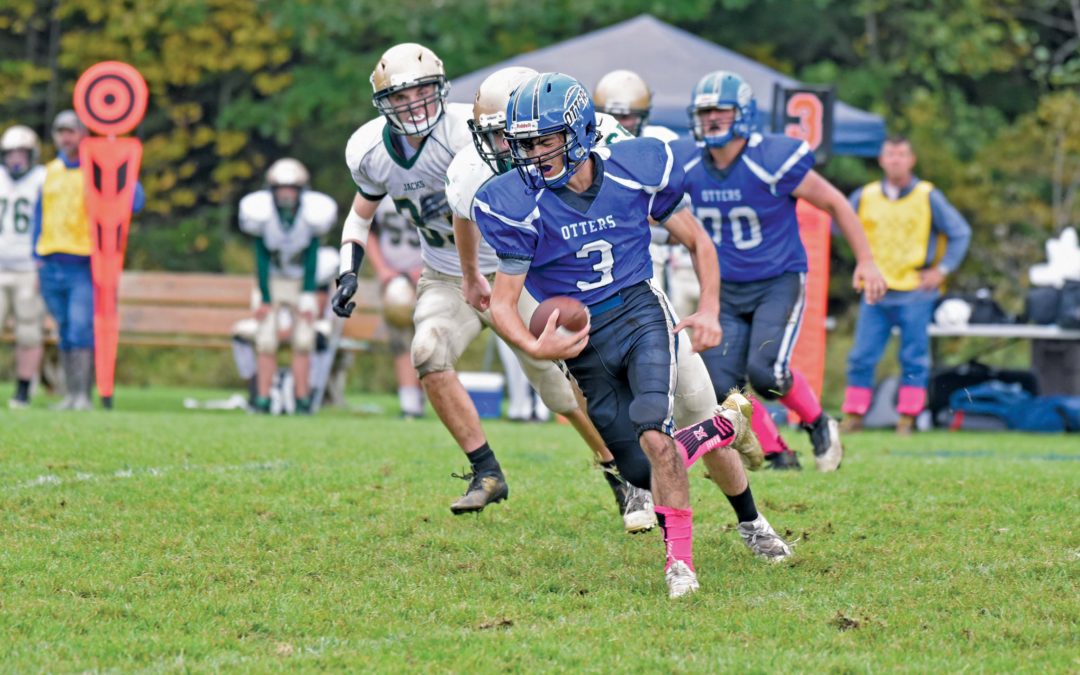 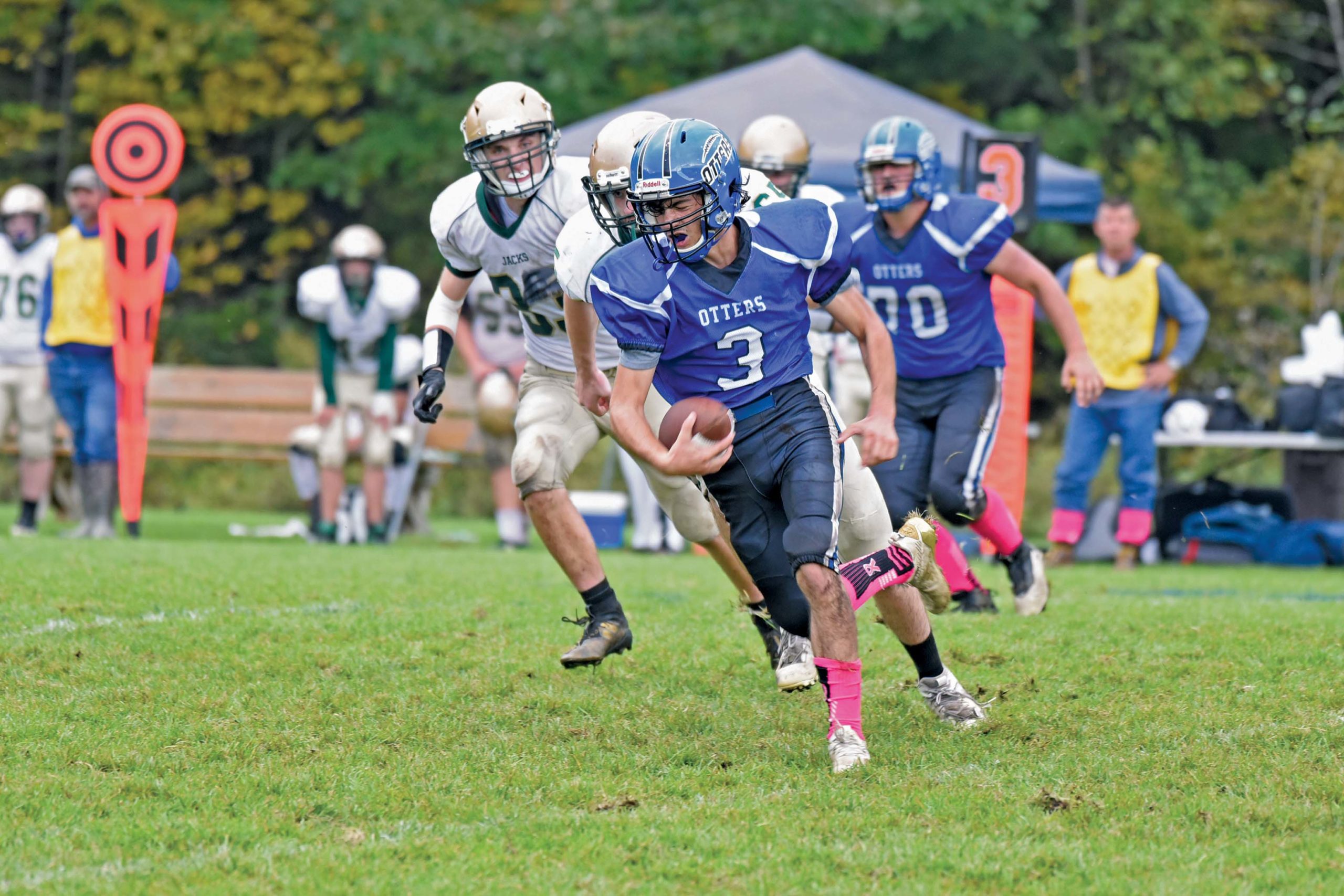 OV QUARTERBACK CALEB Whitney came in for the second half of play against the top-ranked Windsor Jacks this past Saturday and was constantly on the run from the Jacks’ defensive front. Independent photo/Angelo Lynn

The 5-0 Jacks bolted to a 35-0 halftime lead as running back Ben Gilbert rushed for 114 yards and two TDs in the first half alone.

Quarterback Maison Fortin added a score on a keeper and tossed a first-half TD pass to Austin Gauld. Gauld returned an interception of OV QB Luca Polli for another score, one of his two first-half picks.

Caleb Whitney took over at quarterback for OV in the second half and tossed a 25-yard TD pass to Tucker Babcock at 4:57 of the third period. Isaac Whitney went in for the two-point conversion.

The 4-1 Otters on Saturday at 1 p.m. will visit D-II Mount Abraham-Vergennes. The 0-4 Eagles didn’t play this past weekend. They were scheduled to host North Country, but COVID cases in the NCU program led to that game being canceled.