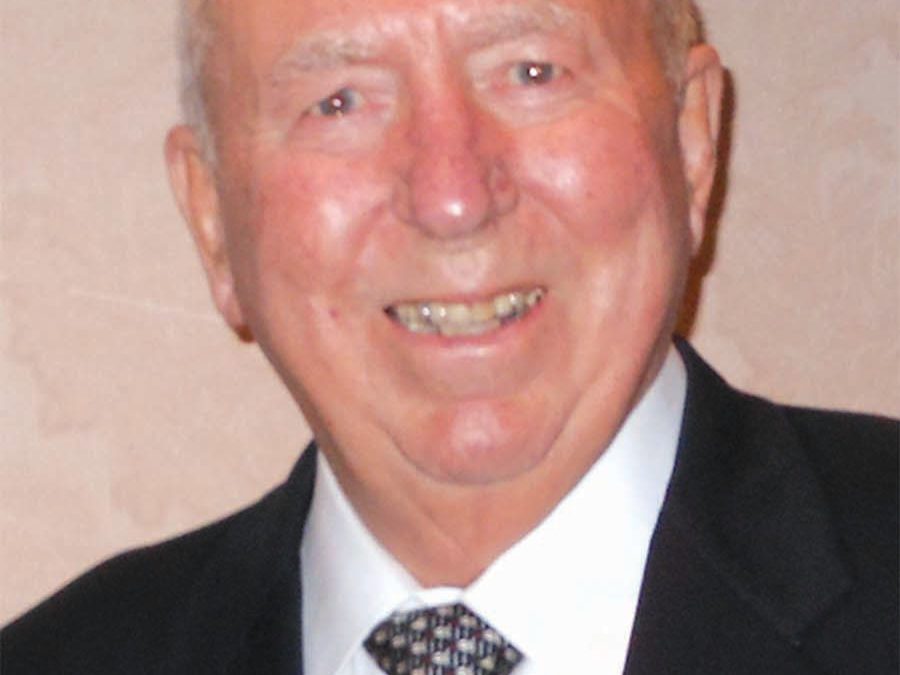 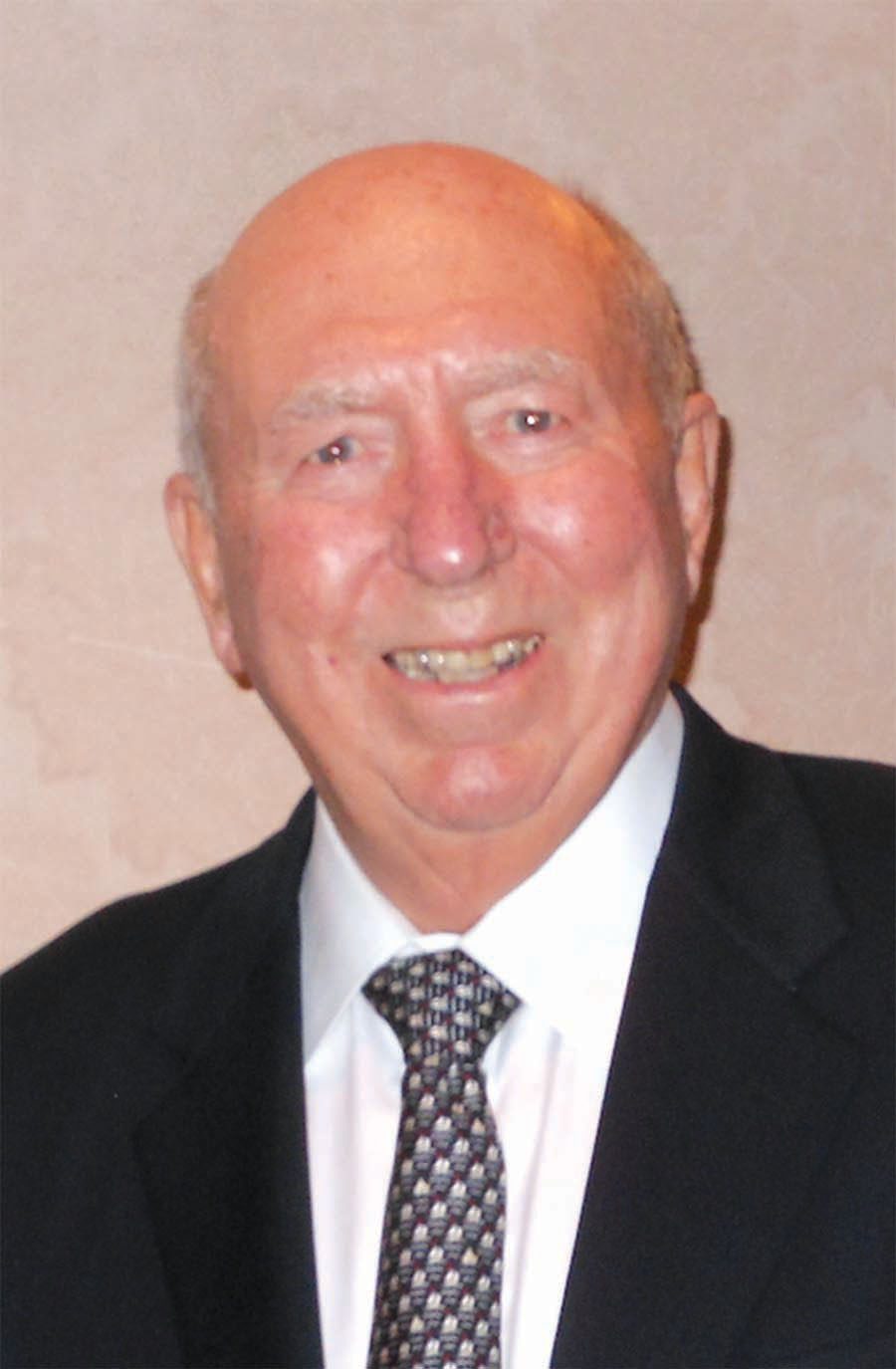 Leo O’Brien, Jr. of Deerfield Beach, Fla., and South Burlington, Vt., passed away peacefully after a short illness at his Vermont home on Saturday, September 18, 2021 surrounded by his family.

Above all, Leo loved his family and his family loved him. He was a kind, caring and wonderful dad and devoted husband. With his calm demeanor and steady patient hand, he led his family through good times and difficult times. With six kids there were a lot of both. We will always remember him saying, “Do not worry, do not fright, everything will be alright.”

Everybody liked Leo. He was a good friend to many, a distinguished community leader, proud to be Irish, a “dyed in the wool” Democrat and a real gentleman. He was a gracious host at the many, many large O’Brien parties and events at the farm and at camp. Family and friends have many fond memories and great stories that were made at these fun get-togethers. To begin a family dinner, Leo would lead his clan with everyone holding hands, saying grace which was followed by “We are glad for our food.”

Leo really enjoyed time with family and friends, and at the end of the day, a Beefeater’s on the rocks with a lemon twist. Leo, with his devoted wife Bonnie, enjoyed life to its fullest. In retirement, they moved to Deerfield Beach, Fla., and enjoyed golfing and dining out with friends. They especially enjoyed their many trips cruising to six continents. Yes, we have lots of memorable Christmas cards featuring Leo and Bonnie on a big cruise ship or in front of some famous landmark. We can’t forget the fabulous trips to Notre Dame football games and 18 Super Bowls with family and friends.

Leo had a special relationship with Dan and Sandra O’Brien and all their children. Their lives were wonderfully intertwined in so many ways. Leo was blessed to have his brother Dan as his best friend and confidant throughout his business, political and family life. It is the end of the era of “the O’Brien brothers,” but their legacy lives on through their respective families and the company they founded 63 years ago, O’Brien Brothers.

Leo was a devout Catholic and was strengthened and comforted by his faith. Thankfully, in his last couple of years of declining health, Bonnie took loving care of him at home. Leo had a strong tolerance for pain and a huge amount of patience and somehow rarely complained. We thank God, Leo was blessed with a remarkable and rewarding 90 years of life and that he was such an important part of our lives. We know he is now in heaven with the angels.

Leo O’Brien Jr. was born on February 5, 1931 to Leo O’Brien, Sr. and Mabel (Hayes) O’Brien and grew up on the family farm (currently Jaycee Park) on Patchen Road in South Burlington, Vt. He attended Central School, Cathedral High School, and Saint Michael’s College. He served in the U.S. Navy from 1950 to 1954, serving as a sonar man in the Atlantic Fleet. He graduated from the University of Vermont in 1957.

In 1958, he and his brother, Dan, founded O’Brien Brothers, in South Burlington. The business started as cattle sales and dairy farming and over the years it grew into residential and commercial real estate development. O’Brien Brothers continues to be successful due to the foresight, vision and hard work of Dan and Leo. In 2018 Leo and Dan were deservingly recognized by the Vermont Chamber of Commerce as “Citizens of the Year” for their lifelong community leadership and continual devotion to the betterment of Vermont. In Senator Patrick Leahy’s comments for the evening, he said Dan and Leo were “the original dynamic duo”.

In 1958 Leo married Stella T. Cotrupi of Rutland, and they made their home on the farm at the top of Old Farm Road in South Burlington. Leo and Stella were blessed with six wonderful children. Tragically, Stella passed away in 1978 but her spirit remains alive in the hearts of her children. In 1992 Leo married Bonnie Lee McGregor of Plattsburgh, N.Y. They were happily married for 29 years.

In the late 1950’s Leo, like his father and grandfather before him, became deeply involved in government and politics. He served on the South Burlington Planning Commission (1960-1968), and as a South Burlington State Representative (1963-1969). In addition, Leo served as House minority leader for the Democrats (1966-1968); was State Senator from the Chittenden-Grand Isle District (1969-1970); and ran as the Democratic candidate for Governor of Vermont in 1970. He served as a special assistant to Governor Thomas Salmon in 1973; Commissioner of Agriculture for the State of Vermont (1973-1975); and special assistant to U.S. Senator Patrick Leahy (1975-1983).

Leo also served on many other boards and commissions. He was a Trustee of the University of Vermont (1965-1971); Assistant Trustee of St. Michael’s College (1966-1977); and a Trustee at The Medical Center Hospital of Vermont (1976-1977). From 1969 to 2002 he was a director of the Merchants Bank in Burlington, and became Chairman of the Board in 1995. From 1987-1993 he was a member of the National Dairy Promotion and Research Board. He was also a longstanding member of The Vermont Cattlemen’s Association, The Vermont Farm Bureau, The Vermont Grange, The Elks Club, The Ethan Allen Club and the American Legion.

Leo is survived by his sister-in-law, Sandra O’Brien, of South Burlington, and many cousins, nieces and nephews in the O’Brien, Savage, Casey, Cotrupi and Hayes families.

Due to the high rate of Covid in Chittenden County, please wear a mask if you are not vaccinated.

In lieu of flowers, donations can be made to Saint Anne’s Shrine, Saint John Vianney Church or the South Burlington Fire and Rescue.

Stephen C. Gregory and Son are in charge of the funeral arrangements.