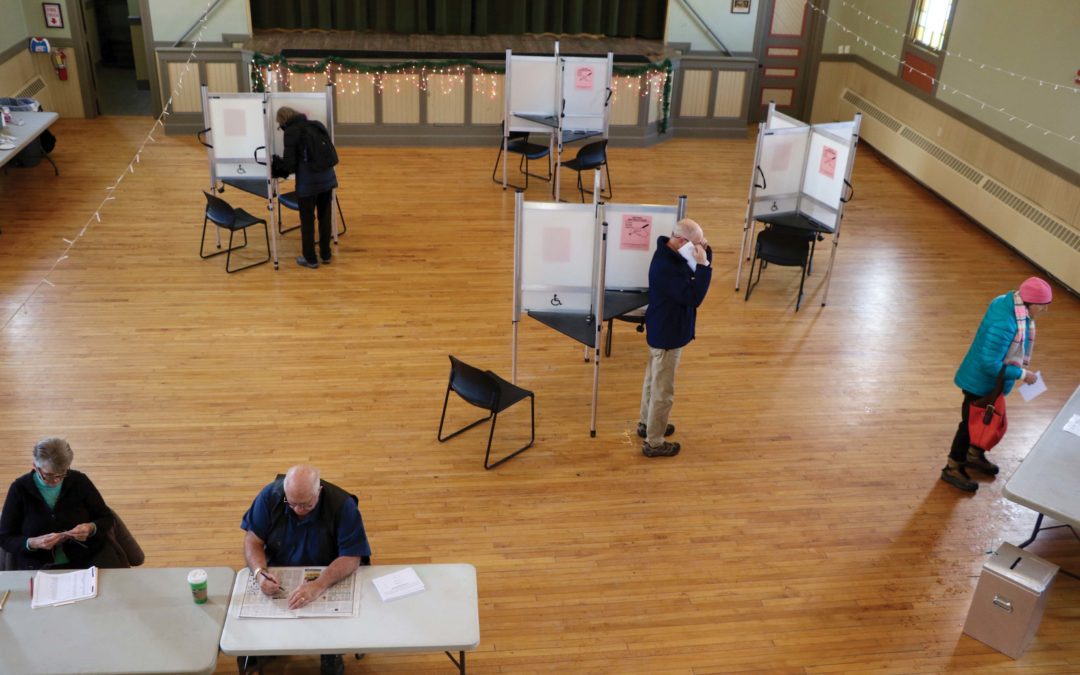 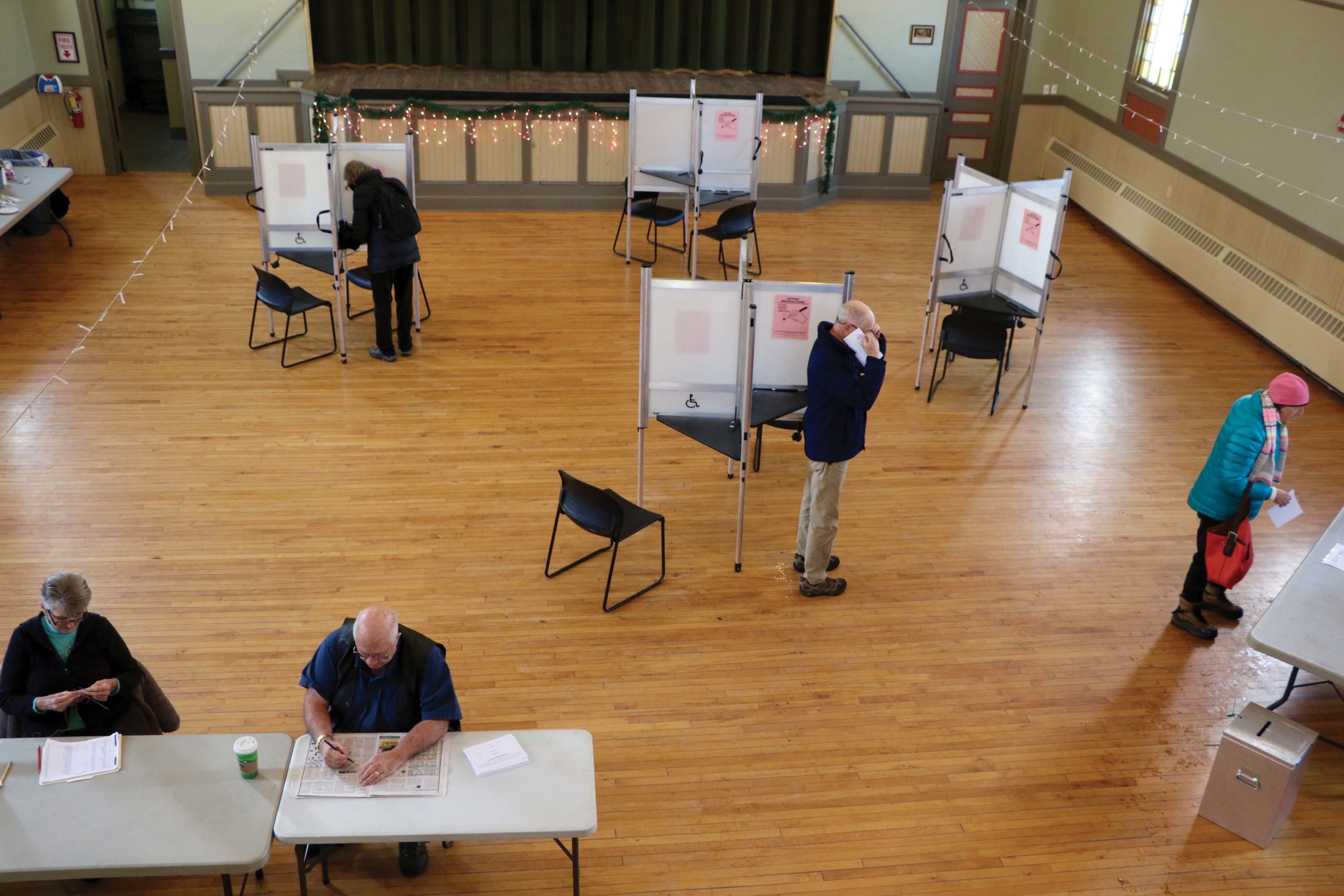 VOTING IN BRISTOL in 2019.
By John Flowers

ADDISON COUNTY — Addison County residents will have plenty of reasons to come out to the polls on Tuesday, Aug. 9, to cast ballots in a series of primary runoffs that will solidify the final field of candidates for a variety of county, statewide and federal positions that will ultimately be decided in the General Election this November.

And in two cases, voting on Aug. 9 could become the final arbiter in two local races — for Addison County sheriff and the Addison-2 House seat. Republicans Michael Elmore and Ron Holmes are seeking to replace embattled incumbent Sheriff Peter Newton, and there are no Democrats or declared independents awaiting the winner for a Nov. 8 showdown. The same scenario is true for the Addison-2 House seat, where incumbent Rep. Peter Conlon, D-Cornwall, is opposed by Ripton Democrat Wendy Harlin of Ripton, with no GOP opponent waiting in the wings. The Addison-2 House district encompasses the communities of Cornwall, Goshen, Leicester, Ripton and Salisbury.

Here’s a brief rundown of the choices you’ll see on the Aug. 9 ballots, starting with the local races:

Meanwhile, Starksboro residents on Aug. 9 will closely monitor returns on a special referendum critical to the town’s bid to exit the Mount Abraham Unified School District. Starksboro residents voted overwhelming to withdraw from the district earlier this year, as a means of keeping their local elementary school open. But now, the three other communities in the MAUSD — Bristol, Monkton and New Haven — must also endorse Starksboro’s exit in order for it to be considered by the State Board of Education evaluation. Lincoln residents won’t be voting on Starksboro’s exit because that community has already withdrawn from the MAUSD.

Read up on all the races and candidates in our full Vermont Primary election guide here.