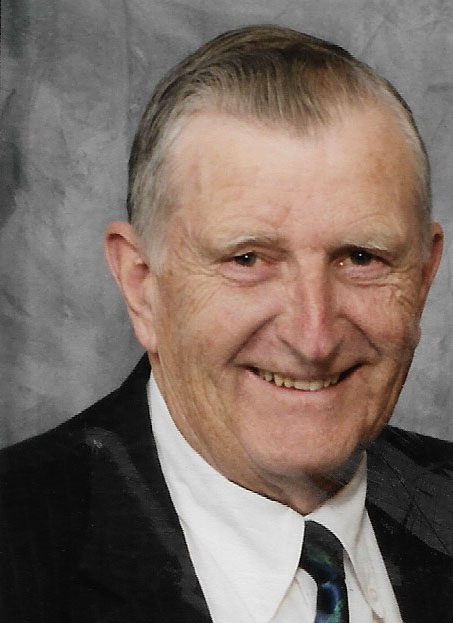 WEYBRIDGE — Sadly, James D. Lilly passed away unexpectedly on May 13, 2022, quickly and peacefully while working in his vegetable garden at the house he and his wife, Connie, built in Weybridge some 50 years ago.

Jim was a good man with a good heart who adored his wife, Connie, of more than 60 years, loved his children (originals, grands, and great-grands), and thoroughly enjoyed all things life had to offer. When they were first married in 1952, Jim managed an apple orchard in Orwell, Vt. One day while driving back to their small apartment at the orchard, they passed a Vermont State Trooper who had stopped a car on the side of the road. Jim turned to Connie and said, “Now that’s what I would like to do someday.” And Connie, always the wind beneath his wings, said, “Then that’s what you’ll do.” She wasted no time researching how to make it happen — from the required classes he would need to take, to training at the police academy.

Two babies later and lots of financial struggles in between, Jim realized his dream and became a Vermont State Trooper in 1957, until he retired from the force as a detective sergeant in 1985. Jim would often say that being a Vermont State Trooper was the best job he could ever have had. He kept a journal of all the cases he investigated while working for the Bureau of Criminal Investigation (BCI), including the year, the town, and the outcome of each case. He was at his best solving cases, putting all the pieces together. It’s no wonder he was nothing short of masterful when it came to puzzles. His family would compete to find the most challenging puzzle they could find to stump him, but they never could.

Following retirement from the State Police, Jim ran for Assistant Judge for the Addison Superior Court, and although he enjoyed that job as well, he dreaded election season. Campaigning and public speaking were about the only things that would rattle his nerves. But he must have done something right (in spite of himself) because he was repeatedly re-elected until he turned 70, the mandatory retirement age at the time.

“Retired.” Now that was the one chapter in his life that Jim truly found challenging (next to public speaking). Although it allowed him extra time to more seriously “manage” the Red Sox and Celtics, it wasn’t long before he took on a part-time job at Elderly Services driving other seniors to their appointments. He always did like to be on the road.

Jim and Connie did everything together — winters in Florida, summers on Perch Pond, traveling the country, visiting the grandkids, horseshoe and bowling tournaments, and hosting all kinds of get-togethers. When she passed away six years ago, it devastated him. But he rallied and did the best he could flying solo. Jim’s family and friends take great comfort knowing they are together again, side-by-side, back in Orwell. Jim will be deeply missed, but remembered fondly and often, by so many. Rest well, Jim (a.k.a. Dad, Pa, Grandpa, Great Pa, Jim-Bob, Yogi).

Services for Jim will take place at the First Congregational Church of Orwell on Saturday, June 4, at 11 a.m., followed by a graveside dedication at the Mountain View Cemetery. Friends and family are all invited after the services for a celebration of Jim’s amazing life at his home in Weybridge.

Arrangements under the direction of Sanderson-Ducharme Funeral Home. Online condolences at www.sandersonfuneralservice.com.◊