After 30 years, MUHS’s Dieman is ready for new challenges 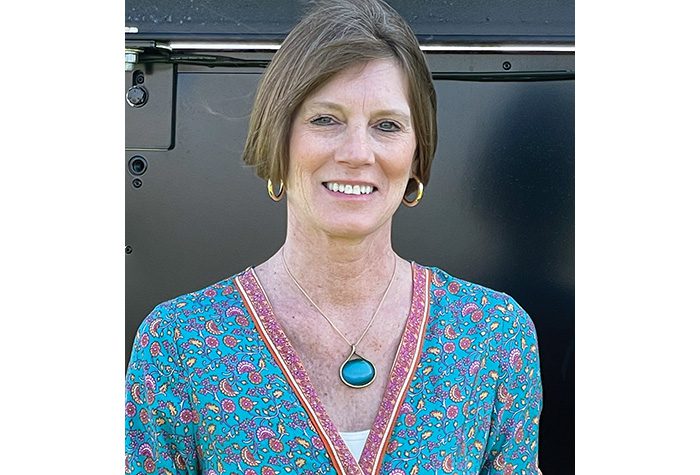 After 30 years, MUHS’s Dieman is ready for new challenges

MIDDLEBURY — With more than three decades of service to the Addison Central School District, Middlebury Union High School Assistant Principal Cathy Dieman has reached that rarified air of assisting the second generation of children of some Middlebury-area families.

“It has been enjoyable to get to know the families over time, and think ‘Maybe I had a small part in impacting their lives and their parenting skills,’” she told the Independent late last week. “Maybe there was something that they learned from their time with me that is impacting them as a parent.”

It’s been a great run, but Dieman, 61, has announced she’ll be stepping down from her job, though retirement hasn’t crossed her mind.

As a newly minted graduate of the University of Vermont, Dieman joined the Addison Central School District in 1989 as a fill-in guidance counselor at what was then known as the Addison County Vocational-Technical Center. Interestingly, Dieman was asked to fill in for Patricia Hannaford — the late, beloved guidance counselor for whom the career center is now named. 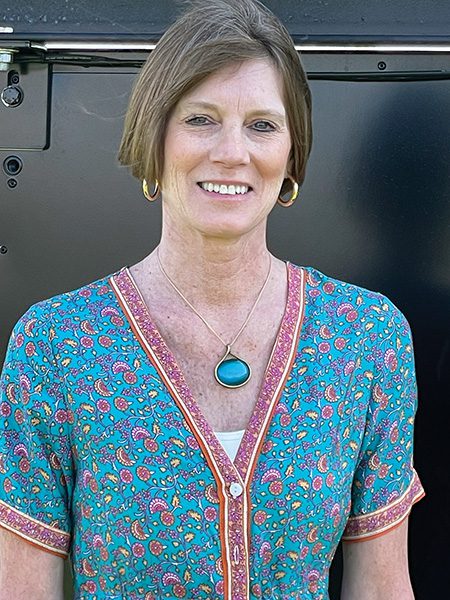 MIDDLEBURY UNION HIGH School Assistant Principal Cathy Dieman will step down from her job this June after more than three decades of service to Middlebury-area students.
Independent photo/John Flowers

“My first year here at the vo-tech center was a wonderful year,” she recalled. “It was really grounding. I love career and technical education, and I would say that has stayed with me through all my years here.”

Hannaford returned to her job a year later, prompting Dieman to pivot to another one-year assignment: as a guidance counselor at MUHS.

“My training was in school counseling,” she said, referring to her master’s degree from UVM, “and both of the (temporary) jobs were connected to that.”

But time ran out on that second temporary counseling job, and Dieman wanted to stick with ACSD. Luck was on her side again, as Dieman was invited to step into a dean of students position, in charge in lower-level discipline at the high school.

She served as dean of students for several years, until she applied for an MUHS assistant principal post vacated by Jim Cournoyer during the mid-1990s. Thus began, in 1997, Dieman’s lengthy stint as second-in-charge at the school.

She continued to carry the student discipline responsibilities, and was also asked to weigh in on faculty supervision and evaluation, supervision of student services, and curriculum and program development.

“I really wanted to expand my responsibilities from the dean of students position, and increase ways for me to contribute to the community,” she said.

Her job satisfaction has, until recently, left her totally content with her role at MUHS, which provides grades 9-12 public education to students from Bridport, Cornwall, Middlebury, Ripton, Salisbury, Shoreham and Weybridge.

“I have never had any aspirations of being a principal,” Dieman confessed. “Some people want to move up and become principal, but I have been totally happy doing what I’m doing.”

She declined to elaborate, except to say, “there are some changes in student services that have happened and will continue to happen. There’s a law coming down changing how we provide some services.”

Dieman believes she has plenty more to offer another employer, whether it be in education, nonprofit or business sectors.

But for now, she’s savoring the last month of her time at MUHS, adding to a bank of memories that will last a lifetime. While student discipline and conflict resolution don’t make a lot of educators’ career wish lists, Dieman has always embraced the challenge, seeing it as a way to empower youth and hopefully send them along a better path.

MUHS has a code of conduct, so students already have an idea of what the consequences are likely to follow for whatever offense they’ve committed. Dieman said the predictability of disciplinary action is important to the students, but she always had the latitude to incorporate mediation and restorative justice into the final outcome of individual cases.

“I’d like to think I do it with consistency, fairness and empathy,” she said. “If there’s any repair that needs to be done, we figure out how to do that.”

Dieman has prided herself on thinking more deeply about a student’s needs, rather than simply meting out punishment based on a handbook.

“Always in my mind, as I am dealing with them, I’m thinking more deeply about what’s triggering that behavior,” she said. “What need is it that they have that’s not being met? How can we meet that need in a pro-social way? Oftentimes, the need that’s not being met for them is sort of the sense of belonging and sense of self-worth. I’m always thinking about that.”

One of the biggest rewards of Dieman’s job is getting a thank you from a former student who previously spent time in her office on disciplinary matters.

“I’ll run into a former student … who will stop me and say, ‘It’s great to see you and I’m sorry I gave you a hard time when I was there. But I have really straightened out, and I want to thank you for helping me,’” Dieman said, with a smile. “That’s what keeps me going.”

Like many school administrators, Dieman routinely puts in more than 40 hours a week. She attends a lot of meetings, and feels it’s important to attend student concerts, athletic events and other extracurricular functions to demonstrate her commitment to the school community.

Dieman’s is a fast-paced job, and she never knows what crisis situation she might confront from day to day.

She’s seen many sweeping changes in the ACSD and in MUHS during the past three decades. They’ve included a major renovation of the MUHS building, construction of a new Middlebury Union Middle School, a trend of declining enrollment, an almost complete turnover of MUHS faculty since she first started, and the ACSD’s transition to an International Baccalaureate curriculum.

“It was an enormous undertaking in a short amount of time, and I think we’ve realized we need to be working on some of the pillars to support that curriculum framework,” she said of IB.

But there’s one change that makes Dieman particularly sad: The rapid proliferation of smartphones and their almost hypnotic — and sometimes destructive — impact on teens.

“We’re not as present with one another as we need to be,” she lamented. “And it’s been a game-changer in student discipline. There’s so much stuff going on at night on social media, things kids are saying to one another that maybe they didn’t mean to say, and then that seeps into school and needs to be sorted out here. That’s been huge.”

But one negative can’t outweigh all the good that Dieman has seen at MUHS and its various stakeholders.

“It’s given me a purpose each day,” she said of her job. “It’s been a privilege and an honor to be in this position for so many years. I’ve gotten to know so many people over the years — students, families and colleagues. I’ve developed some very meaningful relationships.”

The almost daily exposure to young folks has in turn kept her young, excited and yes — hopeful for the future. And that future, for Dieman, will include another professional chapter; she just doesn’t know yet how it will begin.

“I can’t imagine what it’s going to be like waking up on July 1 and not having my job to come to,” she said, then doing what she promised she wouldn’t do: Wipe away a tear during an interview with a reporter who’s covered MUHS as long as she’s been there.

“It’s sort of been my identity,” she said of her job. “I was raised in a family of educators… with a strong work ethic and serving others. I’m hoping some opportunity is going to come my way where I can continue to make those qualities a reality.”

“Cathy Dieman is a talented educator with an uncanny ability to help young people navigate tough times,” he said. “Her day-to-day work often involves holding students accountable for their actions while simultaneously supporting their growth as individuals. Mediating peer conflict is a particular strength of Cathy’s. I’ve watched, repeatedly, as she helps students to dig beneath the surface of disagreement, describe how they feel, and listen to their counterpart’s perspective. Cathy’s work has improved lives in our county for well over 30 years — she will be remembered and missed.”