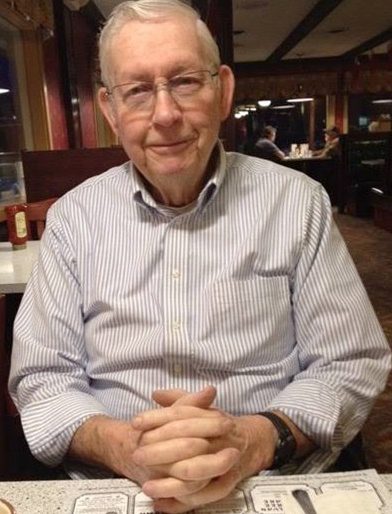 MONTPELIER — Howard Nelson Curtis, 89, of Montpelier, Vt., passed away peacefully in his home on Tuesday, July 20, 2021. Born in Burlington in Oct. 1931, he was an avid outdoorsman with a passion for his family, campfires, deer hunting, snowmobiling and his late wife, Eleanor “Babe” Curtis.

Raised on farms in Worcester and Berlin with his sister Vivian Pratt and late sister, Mary H. Brunelle, he enjoyed a lifelong pursuit of gardening. His dry Vermont wit and ready smile gathered friends from all walks of life. During his years, he pursued a life of service beginning with a tour of duty with the U.S. Army in Germany returning home to a 37-year career with Vermont Agency of Transportation. He was a decades-long reserve police officer for Barre City Police and a Washington County Deputy Sheriff, where he served until his 80th birthday. A self-taught master woodworker, there was nothing he couldn’t build or repair.

Howard and Eleanor traveled extensively across the country but were happiest in their Montpelier home, where they entertained their family, friends and neighbors. He loved his family deeply and took tremendous pride to be actively involved in all facets of their lives. Those cherished folks are: his son, Brent H. Curtis, Montpelier; his daughter, Kathi Apgar and her husband George S. Apgar of New Haven, Vt.; his grandsons Peter and Dale Apgar and several nieces and nephews. His half-sister, Wanita Raspe, died in 2020.

An open “Howard’s Happy Hour” will be held at the Montpelier VFW, 1 Pioneer Street on Thursday, July 29, from 4-6 p.m., so friends and family can mingle and share their memories of Howard. Masks are required. Memorial contributions in his name may be made to: The Veteran’s Place, 220 Vine St., Northfield, VT 05663 or the FEAST Program (Meals on Wheels), 58 Barre St., Montpelier 05602.◊