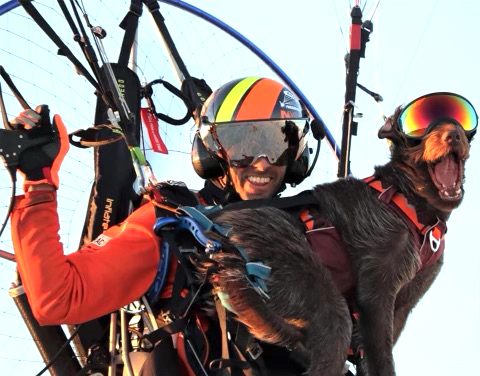 LINCOLN — Something unexpected was in the air on Aug. 24, 1979, as Dustin James Apgar entered the world in San Diego, Calif. Ray Kroc, owner of the Padres and chairman of McDonald’s, gave up control of the team that day, saying “baseball can go to hell.” And the team responded with “we’ll show you” by playing a 19-inning game to prove their point. Anyone who knew Dustin would recognize that he had the same diehard energy, brazen confidence and cavalier spirit. It was a kind of magic that led him to a life of high adventure, daring feats, and joy of just being.
Raised in Lincoln, Vt., it was obvious from a very young age that Dustin was destined for greatness. He was able to ride a bike at an age when most children had yet to walk and two-wheeled exploits would come to dominate the rest of his life. Upon graduation from Mount Abraham Union high school in 1997, Dustin entered the U.S. Army. There he earned his parachute badge, numerous commendations and trained as a sniper scout. Dustin left the service and soon embarked on a new career in Arizona — motorcycle mechanics — where his passion for stunt riding and racing took off.
To say that he was a talented bike rider was an understatement. Dustin’s abilities and willingness to push the limits of the sport and encourage others were recognized far and wide. His awards were many, including first place at the 2004 first international Moto freestyle challenge in Melbourne, Australia. Even Evel Knievel recognized Dustin’s fearless riding and used him to open some of his stunt shows. During that time he was known as “Captain Insano” with his “Wild Thang” motorcycle stunt team, as they traveled to Mexico, where he put on shows to the delight of small towns and for some benefits. When he moved from stunts to racing that’s when he was known as “Ghilliman #31” and competed for many years in the famous Daytona 200. One of those races resulted in a bad crash where Dustin credited Jody Barry for saving his life at the 2017 competition. As crew chief for Dominic Doyle of Barton racing team, Dustin was gearing up for the start of the 2021 Moto America racing season.
His newest passion in sports was paragliding, in which he finally found peace and freedom as he floated across the Arizona skies with his dog Cassie. On March 27, 2021, a tragic accident in the air took the life of this unique and joyful athlete.
Preceded in death by his father Jim, he leaves behind his son Dustin Junior (Lil’ D), his life partner Kim Laporte, his mother Mary, sister Amanda Bolduc, and a huge extended family and so many, many friends who were drawn into his infectious love for life.
A celebration of Dustin’s life will be held on July 24, 2021, on route 116 in Bristol, Vt., on the farm of his best friend Randy Russell. This is a 400-acre farm and there is plenty of room for camping.
A go-fund-me trust account was created for Little D’s long-term autism care and may be accessed at gofundme.com/f/support-Dustin-little-d-Apgar-jr.
Dustin truly lived on his own terms and boldly pushed himself to accomplish stunts that few have even attempted. He was the definition of one-of-a-kind and will forever be in our hearts!◊