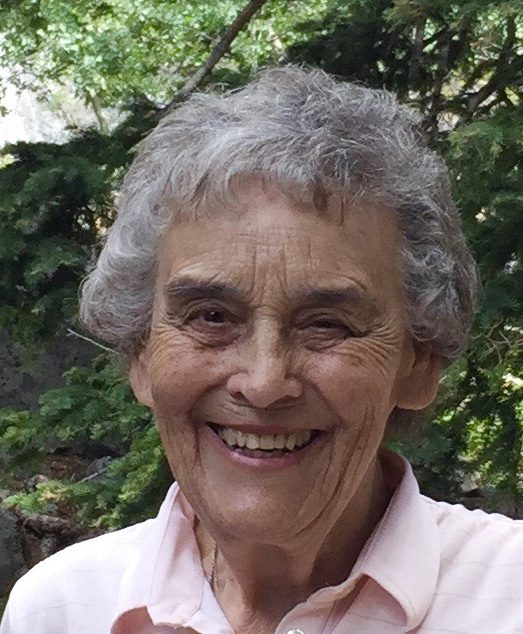 PANTON — Doris “Perry” Thompson died at home from a stroke on Jan. 23, 2021, at age 94. She was born and raised in Hawthorne, N.Y., until she went to Middlebury College, where she graduated with a bachelor’s degree in Spanish.
After graduating, she worked for Reader’s Digest for a short time, then married the love of her life, David Thompson. They moved to Needham, Mass., where they raised their three children until retiring to Panton, Vt., in 1980.
Perry was an avid volunteer; as a Boy Scout and a Girl Scout leader when her children were young, and all her life as a library volunteer. She worked in the West Roxbury library when living in Needham and then became a weekly volunteer in the Children’s area in Ilsley Public Library in Middlebury for over 20 years. In addition, Perry served on the Burlington Red Cross Board, the Addison County Hospice Board, and many Middlebury College alumni committees.
Perry was a great athlete and enjoyed synchronized swimming, tennis, golf, and both downhill and cross-country skiing. She was also an avid bridge player, even getting in some games outside and safely during COVID-19 this past summer. She and her husband traveled extensively around the world with friends, appreciating different countries and cultures. Most important of all, Perry was a loving wife and beloved mother, grandmother and great-grandmother. Her love of life, caring, giving personality, and constant smiles and laughter are what everyone will remember most. She was the center of many great family gatherings and celebrations.
She is survived by her daughter, Laurie Thompson and her husband John Limanek, and their two sons, Thompson and Taylor; her son Donald Thompson, his daughter Kaelee, and his partner Joan Ascheim; her granddaughter Melissa Thompson and her daughter Mia; and her grandson Andrew Thompson, his wife Molly, and their two children Ruby and David. Perry is predeceased by her husband, David E. Thompson and her oldest son, David L. Thompson.
A memorial service will be held at a later date. In lieu of flowers, please send donations to Addison County Home Health & Hospice at achhh.org and AgeWell at agewellvt.org
Online condolences at sandersonfuneralservice.com.◊