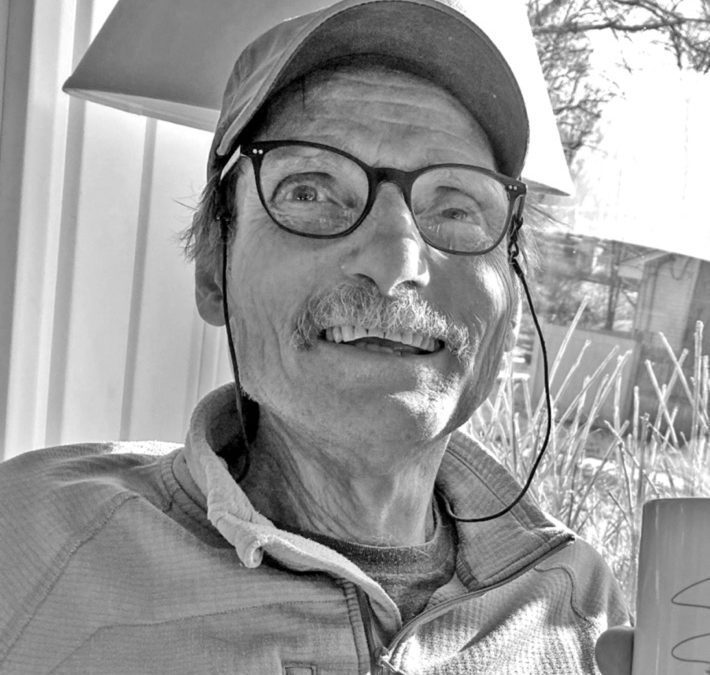 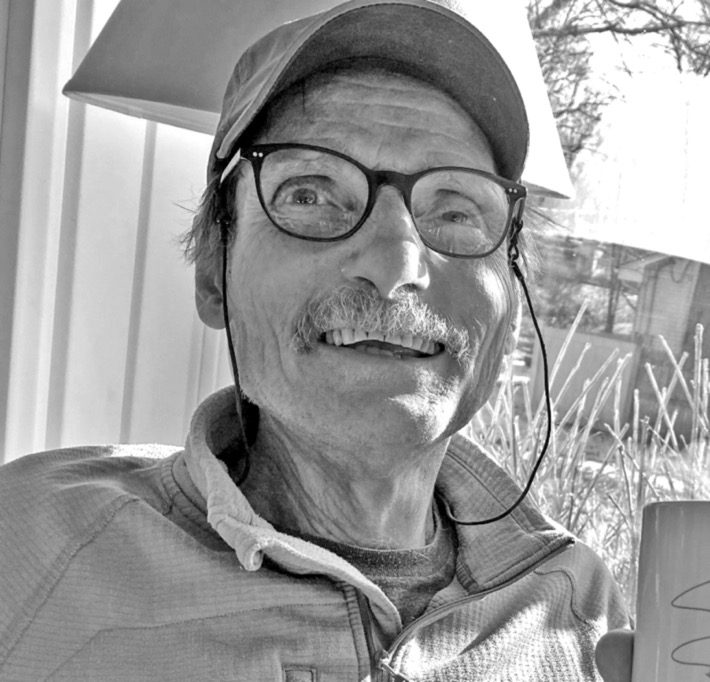 BRISTOL — Pete Diminico passed away on Dec. 25, 2020, after living with liver disease for over a decade. As Pete wanted, he died at home with his beloved Gordon Setter, Roxy, keeping vigil and with the support and love of his longtime community of friends in Bristol, Vermont.
Pete is survived by his mother, Josephine, his twin brother Joe, younger brother Tony, and his nieces Casey Ragan and Laura Griffin. He was predeceased by his niece Heather.
Pete was born in Manchester, Conn., in May of 1949 and attended Manchester public schools and graduated from East Catholic High School in 1966. Well known for his athletic abilities, he and his twin brother, Joe, earned many accolades at high school and American Legion baseball, high school basketball and high school and college golf. During the Connecticut HS State basketball semi-finals, Pete had to go one-on-one with soon to be professional basketball superstar Calvin Murphy. It didn’t turn out well that evening. But even as he was battling Hepatitis C and liver cancer, he could out-drive most others on the golf course.
His respect for the environment and love of fishing began as a child, sneaking off into the back woods of Union Pond or hiking for miles searching for that secret trout stream, finding a little mischief along the way almost as often as finding those elusive native brook trout. By way of full disclosure, Pete and Repeat, as he and his identical twin were called by some, may have secretly pulled a fast one or more on their teachers by switching places when taking 5th grade science and social studies tests.
Pete came to Vermont to attend St. Michael’s College and played basketball and golf on scholarship. While attending St. Mike’s he came to Bristol, Vt., and discovered the promise of fishing on the New Haven River. Pete had an insatiable thirst for knowledge and became a world traveler for years, living for a time in several European and Middle Eastern countries. Later in his life he completed his degree from St. Michael’s.
Pete was a complex and multi-faceted man and his life reflected that complexity. He was multi-talented and excelled at whatever he turned his hand to. Although he was a deeply private man, he touched so many people’s lives in so many ways. Pete’s passions included carpentry and cabinet-making. Many people who hired him for his exquisite craftsmanship soon became his friends. He shared his expertise with his community by building Habitat for Humanity houses. Pete loved to hunt and fly-fish and spent a lot of time in the out of doors with one of his Gordon Setters, Brandy and then Roxy. He taught many people to fly-fish and his hand-tied flies were miniature works of art. He loved to forage for wild leeks and mushrooms and though he kept the best foraging spots a secret, he often came by to share what he’d gathered.
Pete’s abiding passion was for the rivers and streams he loved to fish. This led him to found New Haven River Anglers Association. He served on the board of the Addison County River Watch Collaborative. He co-founded the Bristol Conservation Commission and served on the Vermont Conservation Plates Grants Review Committee during its inaugural three years. Pete was also instrumental in the installation of the universal fishing platform on the New Haven River in Lincoln, Vt. In this video, Pete expresses his love for rivers and streams and expresses a fervent hope that he would have a lasting, positive impact on the health of Vermont’s rivers and streams: youtube.com/watch?v=iBnwvM9mnAk. I think we can agree that he did in fact, accomplish that goal.
There will be a memorial at the Tierney Funeral Home, Manchester, Conn., and a mass at St. James Church. In lieu of flowers contributions can be made to Addison County River Watch Collaborative, P.O. Box 27, New Haven, VT 05472, note on check: in memory of Pete Diminico.◊